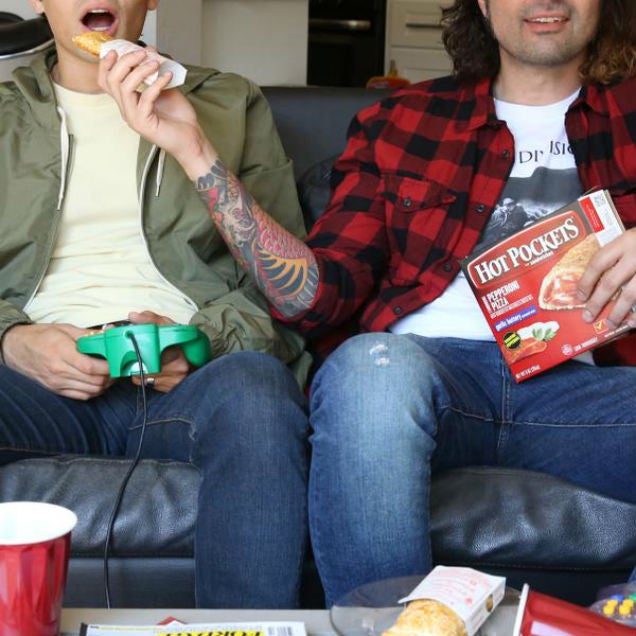 Last night, the legendary purveyors of bread-and-cheese injection systems at Hot Pockets tweeted a photo of a bro playing a Nintendo 64 while another bro helped him eat a Hot Pocket. The tweet has since been removed from Hot Pockets' timeline. Were they embarrassed about using a dated cultural reference like an N64?

I can't say for sure. Representatives from Hot Pockets and the brand's owner Nestlé were unavailable for comment at press time. What I can say for sure is that the presence of N64 controllers is actually the least embarrassing thing in this advertisement. 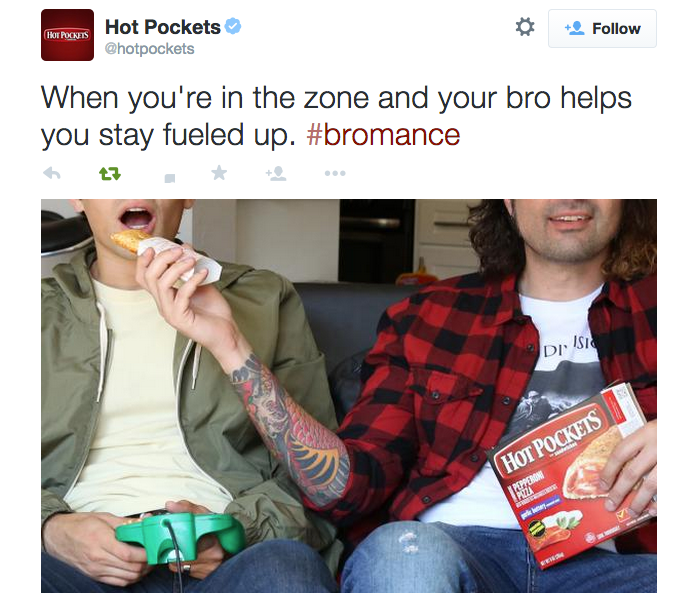 Look at the guy in the green shirt. Look at his hands, specifically. The way he's holding the famously hard-to-be-held three-pronged N64 controlling. He actually looks like he knows what he's doing with it. That's more than I can say for most of the people who pose for stock advertorial photos meant to portray anything gaming related.

(Also, let's be honest. If you're in a demographic associated with a) audacious tattoos, b) flannel shirts, and c) people who call each other "bro" either ironically or unironically, it's safe to say that you're also the type of person who stills plays N64 games on the regular. What's really missing from this photo is a giant bong.)

The real sin in this ad, if you ask me, is the way the hot pocket is being eaten. Any self respecting gamer who's indulged in his or her appetite for hot pockets knows that there is only one way to eat these things while remaining tethered to a console. YouTuber Ben Heck showed the world the definitive Hot Pocket-eating tactic back in 2012: 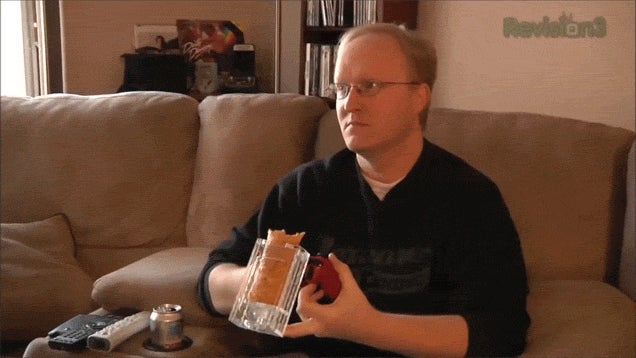