League Of Legends Is Fixing One Key Matchmaking Tool 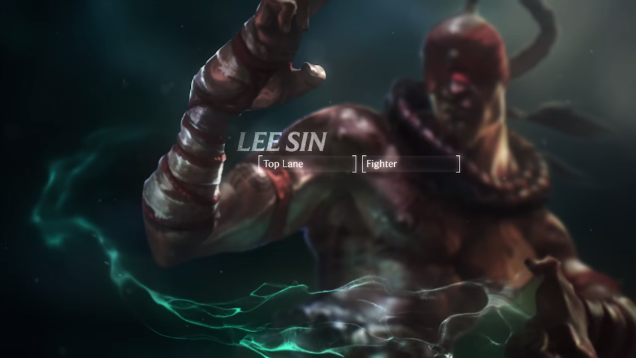 Or trying to, at least. Team Builder is one of those things in League of Legends that's always seemed like it could be really great, but didn't truly live up to its potential. It's a specific type of matchmaking the game offers.

Rather than jumping into an ad hoc chatroom with four other players and hashing out what position and character everyone is going to play prior to a game, Team Builder allows you to just select the position, role and character you want to play. The game then places you on a map thusly: 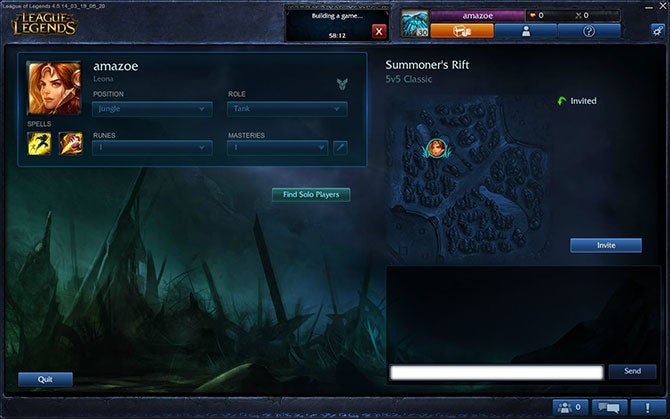 ...and tries to find a team looking for that specific position.

Ever since it was introduced in 2014, League of Legends players have been supportive of Team Builder — if only in theory sometimes. It's not hard to see why. The feature promises to eliminate pretty much all of the pre-game tension caused by players vying for the same positions, which is a ubiquitous frustration in League.

The problem with Team Builder is it hasn't always lived up to that promise. It's come up short when compared to League's other types of matchmaking in many important ways: not granting each team an option to ban certain champions from the oncoming game, not letting players see who they're going to be playing against, not being available for ranked games. Most importantly of all, it takes a lot longer to join games with Team Builder. To this day, many players don't see the need to wait five, ten, even fifteen or twenty minutes just to get one Team Builder game going when it only takes one or two minutes to get any other type of match started.

Jeffrey Lin, the mastermind behind many of League's social systems, went into a Reddit thread last night to comment on how Riot's currently trying to fix Team Builder so the developer can unlock its true potential. Writing under his Reddit handle "RiotLyte," Lin said that they have been working on new, hopefully better version of Team Builder for over a year now (emphasis added):

In April 2014, we ran a low level Team Builder experiment where we only had Team Builder available for lower levels, and then turned off most of the other queues. We learned a lot from this experience including how players would react if they "only" had a Team Builder-like experience to play.

However, we ended the experiment around April 27th, 2014 and moved Team Builder back to Level 25 because we wanted to make some fundamental changes to Team Builder's design (like just having players choose Positions, not Positions + Role + Champions) and the matchmaking (how we distributed experience of players in a low level game because veteran friends tend to frequently play with their newbie friends). We also had a few design improvements to avoid new players getting trapped in weird combinations like "Taric Marksman" because they read the description of Taric and felt that it was appropriate, but then ended up being rejected from lots of teams.

Lin was responding to a player query about why League of Legends had suddenly stopped allowing anyone below level 25 to use Team Builder in some regions, which is why he mentions the April 2014 experiment and a specific level requirement in the above statement. By his description, it sounds like Riot is aiming to simplify Team Builder by, say, reducing the amount of choices a player has to make pre-game. So rather than selection a position, role, and champion to play as, they could just select a position before being grouped together with their teammates.

In the process, Lin hopes that Team Builder 2.0 (not its actual name) will provide a helping hand for new players:

(As a new League player, I have to say that it's nice just to hear someone from Riot talk about the game's onboarding process and admit that it's flawed. The game and its community can often seem extremely hostile to newcomers. Given how ginormously popular and commercially successful it is, I've often wondered if the people at Riot think this is a problem. Or if they're even aware of what their game might look like to people who are still trying to get their bearings within.)

Simplifying Team Builder is a good thing in my book. I mean, that's always been the appeal of the feature — that it eliminates annoying and unnecessary complications in the matchmaking process. It just has to get better at actually matchmaking.