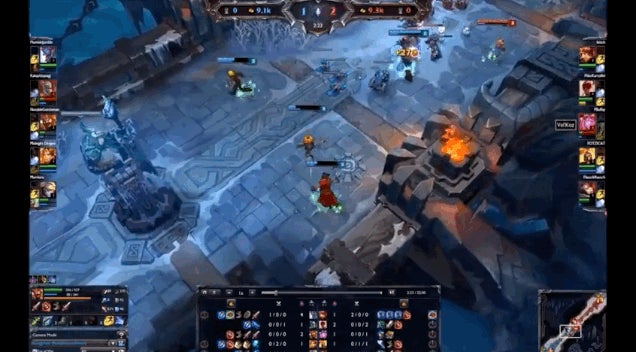 Man. Is there anything better than an in-game ability so ridiculous people can't tell if it's a bug or an intended feature?

League of Legends developer Riot added something called "Mark/Dash" to its popular multiplayer game this week. It's a magical snowball that you can throw at enemies (the "mark") and then teleport over to them(the "dash"). 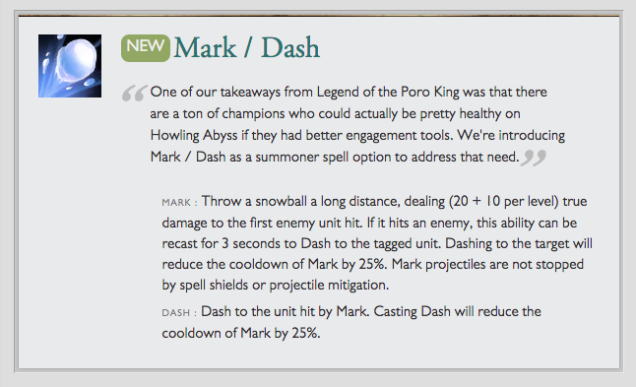 Originally created for a timed seasonal game mode last winter, Mark/Dash came into League's primary silly "for fun" gameplay mode known as ARAM. The developer explained the decision by saying they'd realised the single-lane ARAM map — a large snow-and-ice-encrusted bridge called the "Howling Abyss" — needed a better means for opposing players to quickly close the gap between one another and engage in battle. See here: 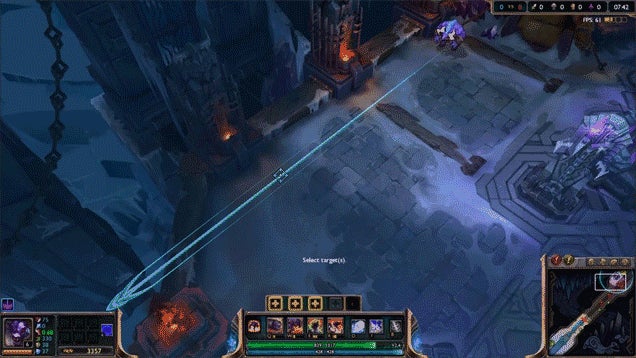 The magic snowball does indeed help players traverse prohibitively large tracts of the Howling Abyss. The only problem is...it almost works too well at times. Instead of just hopping a short distance, some players who picked up the item last night noticed they were getting rocketed from one end of the map to the other. Like this hapless Fizz player, who suddenly found himself in the heart of the enemy base:

...when really, Fizz probably meant to do something a bit more... tactful. Like this Annie player who uses the snowball to tower-dive an opponent whose health bar was close to zero: 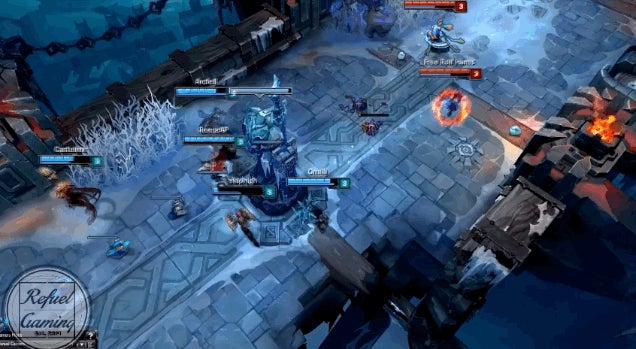 I asked Riot if these super long-distance snowball travels were the result of a bug, as some players assumed, or an intended feature for mark/dash. A representative from the company told me: "We may look at these individual cases where you can have weird stuff happen and address them but this is intended."

"We'll probably need to address it," he said of the unexpectedly far-flung magical journeys, "but it could be pretty fun."

Indeed. Who doesn't love the idea of a bunch of hardcore, in it to win it MOBA players taking some time between ranked games to get into a snowball fight?