Mortal Kombat Spammer Gets What They Deserve 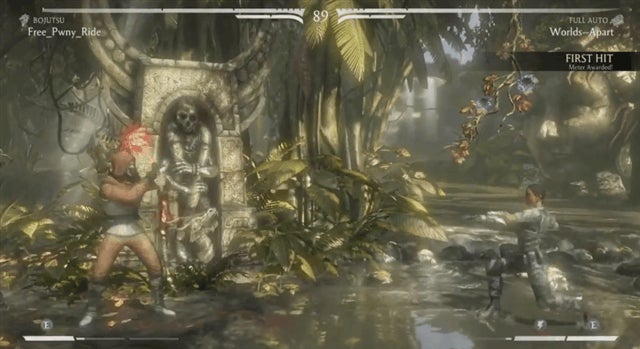 You know that saying, don't hate the player, hate the game? Screw that. I prefer the whole "crush the skulls of your enemies using the white hot rage of justice" approach... when we're talking about Mortal Kombat, at least.

If you've played Mortal Kombat before, then you've probably come across spammers. The most famous spammer is the uppercut spammer, but that's not the only kind there is. In this video by Jett Mitchell-Rose, we see a player that uses projectiles to keep her opponent at a distance. If the opponent manages to close that distance, she has another move at the ready. She goes between both of these moves as needed, which might be smart, but it's also pretty fucking annoying to deal with.

So at first, Briggs has the upper hand here. She sticks to her spam, and kills Kung Jin. Kung Jin starts busting out the combos and manages to fight back, but even so, he still gets schooled by Briggs — a player that only uses two moves repeatedly. It's not until near the end that Kung Jin manages to pull through and wrecks Briggs. He then of course proceeds to taunt the hell out of Briggs during the FINISH HER portion of the match, because really, what else is there to do except get sweet, sweet revenge?