Nintendo Thinks It Will Dominate The Garbage Mobile Gaming Market 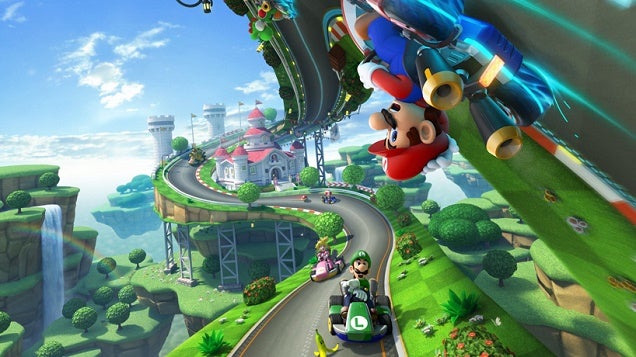 This week in Japan, Nintendo boss Satoru Iwata made some lofty promises about the company's plan to make mobile games.

"We will strive to expand this business into global markets at a steady pace so that eventually we will entertain hundreds of millions of people all around the world," he said. "We are aiming to make this one of the pillars of Nintendo's revenue structure."

I wonder if they really know what they're getting themselves into?

The world of mobile gaming is, to put it kindly, a big flaming garbage dump. The two biggest app stores — iTunes and Google Play — are giant, fickle beasts with very little curation and absolutely no accountability, to the point where clones of clones of clones are the status quo and it's near-impossible for developers to find success unless they're heavily promoted by Apple or Google. (I once heard a mobile game developer say they had to release a new game every month just to turn a profit.)

So it's hard not to be sceptical when Iwata talks about how Nintendo plans to release only five mobile games by March 2017 because they want to be sure those apps are all high-quality hits that sell bazillions of copies. (The first game, he says, will be out at the end of 2015.)

"You may think it is a small number," Iwata said, "but when we aim to make each title a hit, and because we want to thoroughly operate every one of them for a significant amount of time after their releases, this is not a small number at all and should demonstrate our serious commitment to the smart device business."

In theory, this is all lovely. And it'd be wonderful to see a developer like Nintendo — whose best titles in recent years have been small, mobile-like games such as BoxBoy and Pushmo — dominate the world of phones and tablets. But Nintendo has always worked in their own ecosystem. They have never had to directly compete against the endless stream of Mario clones and other cheap hacks on iTunes and Android. This is new territory, and I hope Nintendo's decision-makers realise that they can't handle it in the same the way they have handled games on their own systems.

"Since the game business on smart devices is already severely competitive, even with highly popular IP," Iwata said, "the odds of success are quite low if consumers cannot appreciate the quality of a game."

Well, sure, if you don't count Candy Crush or FarmVille or any of the other truly awful games that have sold gangbusters on mobile platforms. And, yes, high-quality games do often grow popular via word of mouth and recommendations from sites like ours.

But what happens when Nintendo comes out with this great game and starts selling it for $US5 or so, only to see a throng of other developers clone it, make it free, and then skyrocket to the top of the app store? Threes, perhaps the best game on iPhone, was almost immediately dwarfed in popularity early last year by 2048, a blatant (and uninspired) clone. Why? Because Threes cost $US3 and 2048 was free. The creators of Threes had the audacity to charge for their work, so the garbage mobile market swallowed them up.

Will Nintendo avoid making mistakes like that? Will they find some way to stand out? Or will the horrible world of mobile video games eat them alive?