Its launch trailer was soaked in blood and British humour, but all that bluster is hiding a very clever, very precise video game.

We've taken to calling the game "British Broforce" here at Kotaku, which is mostly fair; both games involve a roster of very different characters that can be employed to tackle side-scrolling action levels in which loads of bad guys are killed by guns, while specific goals for each stage occasionally turn the murder into a hybrid puzzle/racing game.

But there's something Not A Hero does that's different, and it's at the very heart of what makes this such a gun game to play, not to mention something that marks this as something other than just another frantic arcade twitch shooter: cover.

Take a look at this gif.

See how both the player (in the long coat on the left) and the bad guys (on the right) dip in and out of the light, hugging themselves against the wall? And when they do any shots fired sail harmlessly by? That's Blackthorne-style cover, normally the reserve of 3D shooters and FPS games, but here it's been executed simply and almost perfectly. 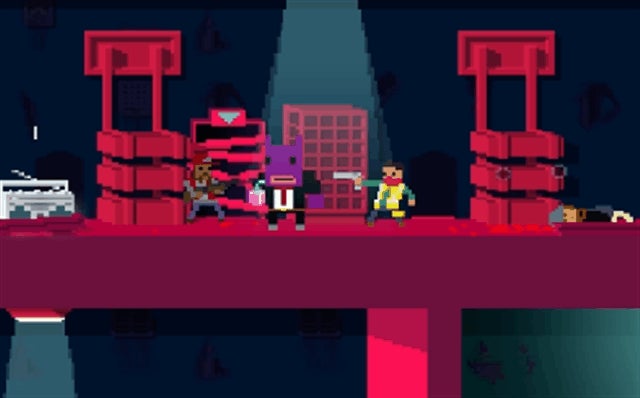 To stop you relying on it too much (and to encourage you to get out and keep moving), there are melee attacks which rushing enemies will use to dislodge you, but also this sweet slide-and-execute trick the player has, where you emerge from cover, knock a dude over then blow his head off. 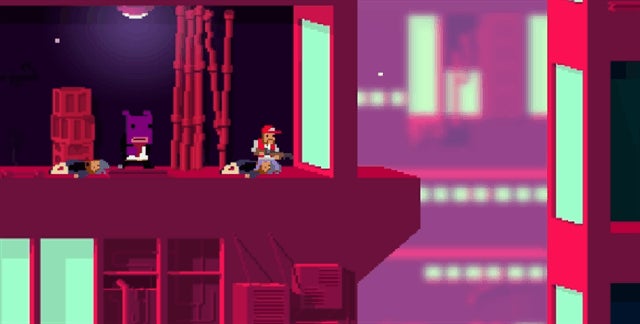 Between those tricks, and stuff like the badassery above, I've found the game to be tough, but never unfair. It never asks you to perform acts of pure arcade dexterity or machine-like timing; instead, it often feels more like Vanquish, stages laid out so as to encourage endless cinematic combos that you can engineer, practice then pull off to huge satisfaction.

One thing I'm also loving — and this might be because I've got British family and was raised on British TV, so Americans, your mileage may vary — is the game's sense of humour. It's one of the funniest games I've ever played. You don't realise until you play something like Not A Hero how American most games are in their attempts at comedy; the regional cracks here are a nice change. 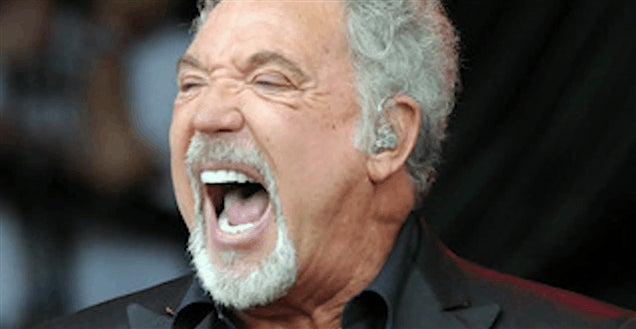 Despite the Witcher 3 being out and trying its best to have me playing non-stop, I've found myself playing a lot of Not A Hero over the last week. It's smart, it's frantic and it's funny as hell.

If you want to see it in action, here's Fahey playing through the first five minutes.