Nothing Traumatising Happens In Telltale's New Game Of Thrones Screens 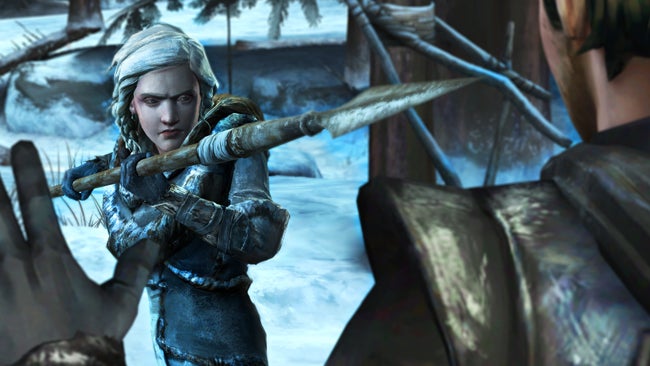 Telltale's Game of Thrones Episode Four: Sons of Winter is coming soon, and not one of the new screenshots will leave you staring at your screen in horror for minutes after the show ends. (It's a trap!)

Available soon for consoles, PC, Mac and mobile, Episode Four spins the continuing tale of the House Forrester, who've had a relatively easy time of it all things considered. Not all of them have been ruthlessly murdered or subjected to horrifying humiliation, so they're doing just fine. 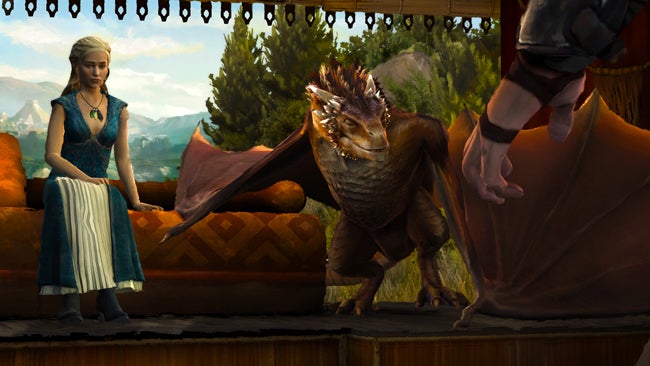 Here's Telltale's official synopsis for episode four, which comparatively reads like a delightful children's books. Be mindful of spoilers if you're still working through the series!

In Episode 4, the fate of the scattered Forresters hangs in the balance, and no one allied with the family is safe. An unexpected meeting offers Rodrik a new opportunity to free Ironrath from its Whitehill stranglehold, but with young Ryon Forrester still held prisoner, his next moves are critical. Gared must abandon Castle Black and venture beyond the Wall in search of the mysterious North Grove, risking encounters with Wildlings and worse. In King's Landing, the population is reeling from a recent royal death, and Mira must step carefully in an increasingly complex game of politics where secrets are traded as currency. Far away in Essos, Asher infiltrates the slave city of Meereen at the behest of Daenerys Targaryen, but will the friendship he holds dear break under the strain of a mission that raises memories best forgotten?

Sounds exciting! Better bring some popcorn, and be prepared to eat it this time, rather than just sitting there with your hand half in the bowl, mouth agape with shock and disgust. 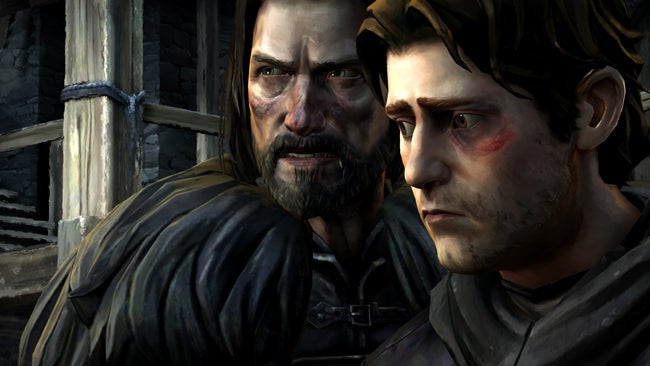 "I'm thinking of buying you a soft and cuddly puppy."

I for one cannot wait to continue this cheery romp through the lands of Westeros and beyond. I'm already humming the theme song and tapping my feet merrily as recent traumas tuck off to the back of my mind, resurfacing later in the day and causing me to sob audibly in the grocery store line. 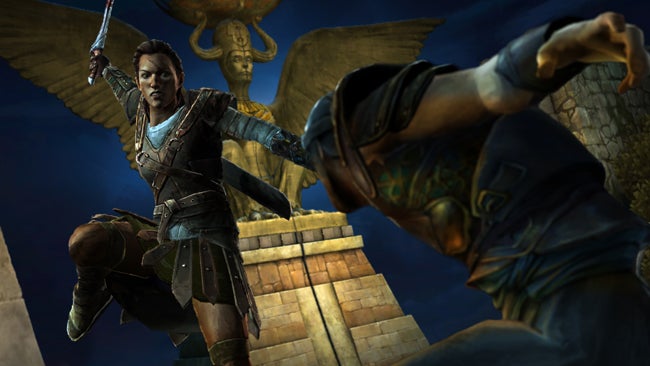 Soon we'll all be riveted to our monitors, televisions and tablets, once more exploring the easy life of House Forrester in episode four of Telltale's Game of Thrones game series. 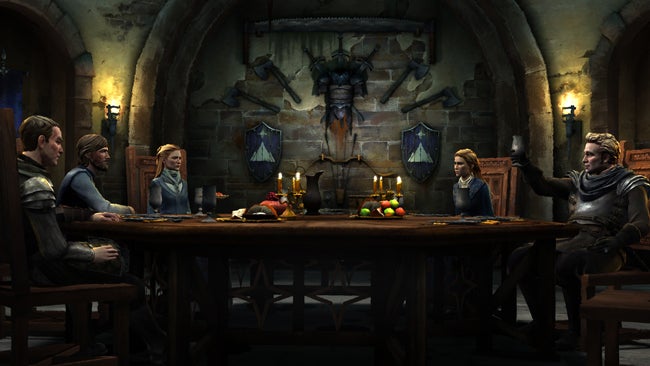 Let this final screen remind us all that games are best shared with friends and family, so gather those closest to you and let them watch!

A final warning — there is no way the comment section for this post won't be packed with spoilers. Brace yourselves.