Sean Bean Narrates His Own Death In This Horror Game 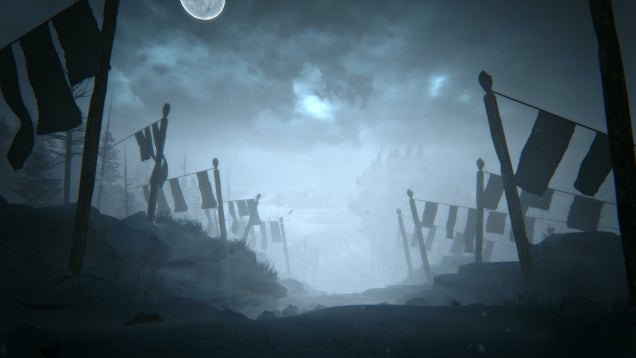 The idea of a horror game narrated by Sean Bean might sound schlocky, but Kholat looks good.

Yep, that's Sean Bean alright. He definitely sounds like he's ali — oh wait, he's narrating his own death. Gotcha. Dead before the thing's even out this time. Dude cannot catch a break.

The trailer's pretty, but it doesn't give a great sense of how the game will work. Its Steam page, however, makes it sound quite alluring, given that it takes place in an open-world (not the cramped confines that typically characterise this sort of thing) and focuses on player-driven discovery. So kinda Vanishing of Ethan Carter-esque, perhaps. Also, the story's based on A Thing That Actually Happened:

"Narrated by one of the most popular british actors Sean Bean, Kholat is an exploration adventure game with elements of horror, inspired by true event known as Dyatlov Pass incident — mysterious death of nine Russian hikers, that led to countless, unconfirmed hypotheses. Player will dive directly into boundless scenery of inhospitable Ural Mountains, with task to find out what really happened. In the course of events you may approach even more question marks."

"Dyatlov Pass incident was a real story that happened in winter of 1959. Nine skilled alpinists went for a trip to the northern part of Ural Mountains, which ended fatally. Bodies of expedition's crew were found scattered on slope of Kholat Syakhl."

"Russian investigators closed the case stating that 'a compelling unknown force' had caused the deaths."

A force equal parts compelling and unknowable? I'm gonna go a bit off the beaten path and speculate that it was the whole of Prince's discography. But I imagine the game will be like, "Nah man, it was monsters. Purple Rain is totally my jam, though."

Kholat is coming to Steam on June 9th, and I will almost certainly play it from my bedroom that becomes suddenly and mysteriously cold often enough that I suspect it's haunted by vengeful (and passive-aggressive) ghosts of Russian hikers. I'll probably stream it or something. I'll let you know what I think, and you can let me know if the ghosts briefly appear on camera, gasping through frozen lungs for long-deceased loved ones or, like, a really warm blanket.