The Half-Life Game That Never Was 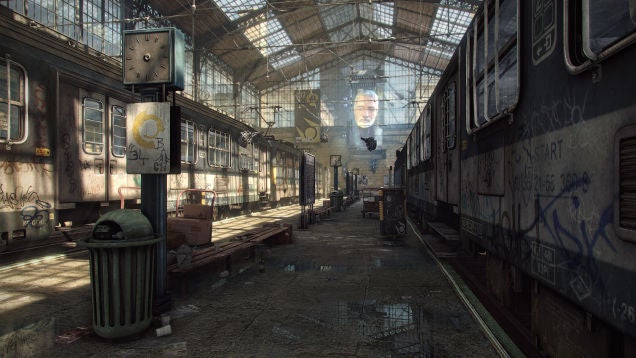 An official Half-Life game from the creator of Deus Ex? Oh to live in the alternate universe where it actually happened. Once upon a time, Warren Spector, one of the principle creators of cyberpunk masterpiece Deus Ex, began work on a Half-Life game that never saw the light of day. At the time he was heading up Junction Point Studios (which went on to create Epic Mickey), but they were practically swirling the drain.

But then, just as all hope seemed lost and dreams of giving back Mickey his street cred started fading away... Valve to the rescue!

"Junction Point had a project cancelled. There was no money. Basically, Valve came in like a white knight and offered us some work on a Half Life episode set in a part of the Half Life universe that hadn't been explored deeply."

The centrepiece of it all? The magnet gun, which would have paired with the gravity gun like chocolate and a magnet gun. Spector continued:

"In addition, just because my team couldn't just do anything the easy way, we decided to add a new tool to the Half Life universe: the magnet gun. We came up with some COOL stuff to do with the magnet gun... The magnet gun was entirely different than the gravity gun. The two would have been super complementary."

Unfortunately, Valve decided they didn't want to go in that direction with the Half-Life series after all, and the game was canceled. This only lends further credence to my theory that Gabe Newell is a juggalo.

Can you imagine, though? Half-Life with the gloriously open level design of a Deus Ex game? Or even just Half-Life 2's gameplay served up fresh after stewing in another veteran designer's brain juices? Or just, like, another Half-Life? At all? Ever? What a nice dream.

Then again, Epic Mickey was kinda garbage, so maybe we're better off living in this humble, Half-Life 2.5-less universe instead of the one where magnet guns have enslaved us all because the juggalos were right: we don't know how magnets work. They were holding out on us. They had secrets. Or, you know, the one where there was another Half-Life game, but it wasn't very good.

And hey, at least we've gotten some pretty kickass fan-made spin-offs out of the whole deal. Who knows? Maybe, after hearing about this, someone will go on to create their own magnet gun.