There Are Way Too Many People In This Bloodborne Fight 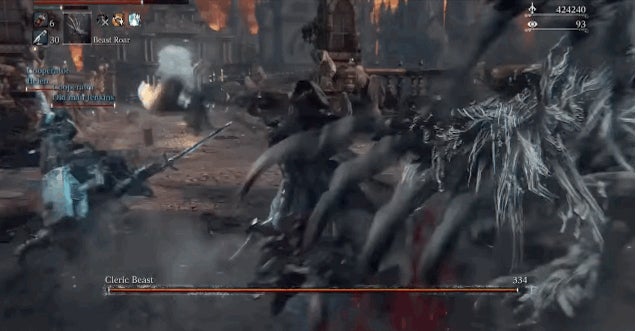 That GIF looks like total madness because that's the only way to describe it.

Fights in Bloodborne were never meant to involve six characters at once, but YouTuber legendsofevil turned the game's first boss battle into an a sprawling brawl by getting himself, two other players, an aggravated NPC, a summoned friendly NPC, and the boss into a room.

How exactly does that work?

Apparently, legendsofevil attacked Eileen the Crow, which caused her to start fighting back. In Bloodborne (and any Souls game, really), you're totally allowed to kill most NPCs, but that doesn't mean they won't try to kill you right back.

He manages to drag her towards the entrance to the Cleric Beast, wherein he both summons the friendly NPC near the boss, Father Gascoigne, and drags two other players into his game.

The result is a total shit shot that is utterly entertaining to watch.

What's even wilder is that Eileen is only attacking the player and no one else, so he's forced to dodge Cleric Beast's attacks and Eileen's while the fight rages on. 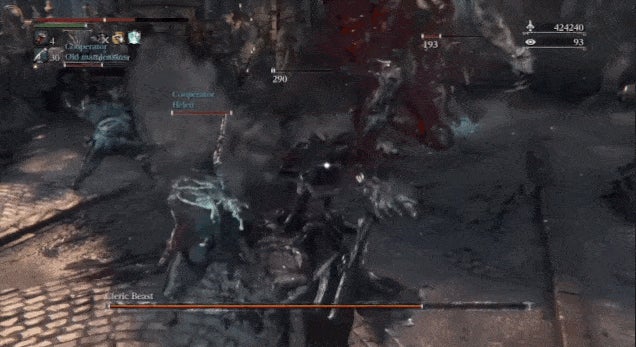 You're such a good game, Bloodborne.