Yurikuma Arashi Tackles The Subject Of Homosexuality In Japan 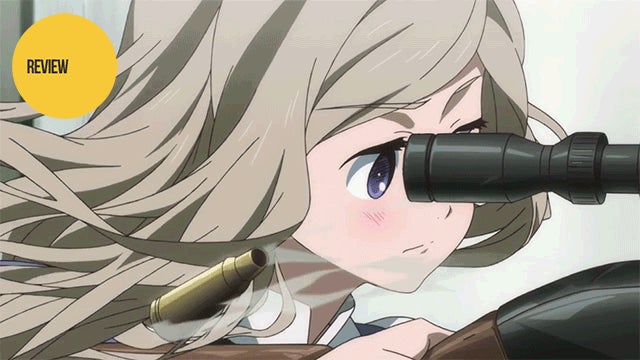 Yurikuma Arashi does something I would have thought impossible: It uses an outlandish premise to explore the prejudice facing gay people in Japan — and does so effectively.

But we're getting ahead of ourselves. On its most superficial level, Yurikuma Arashi is the story of a world where a meteor crashed to Earth, giving the bears of the world human-level intelligence — and a craving for human flesh.

Like in Attack on Titan, humanity reacted to this new menace by building a series of giant walls separating the world of man from the outside world. However, from time to time, a bear or two slips through to feast upon the humans — but even more disturbing is the secret that the bears (like certain Titans) have the magical ability to turn into humans and live secretly among the population. 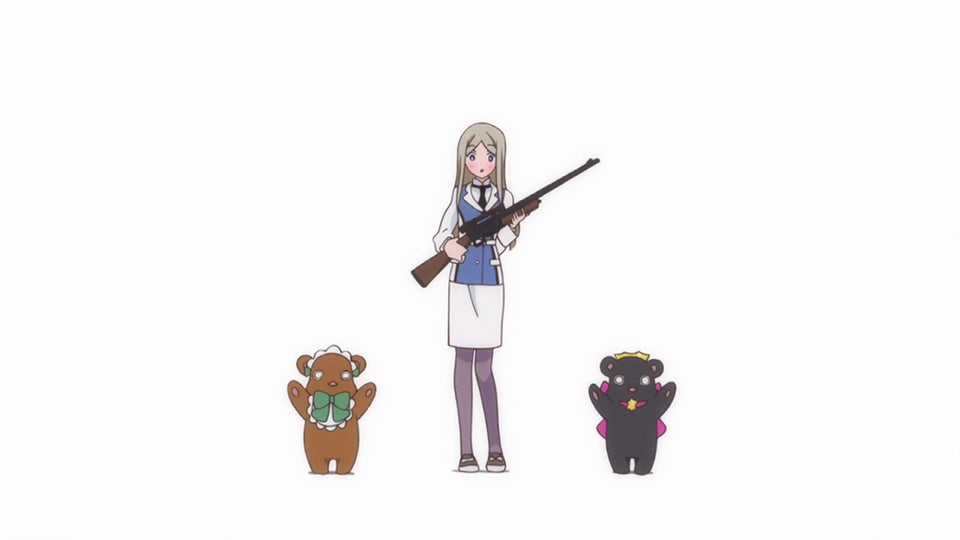 Enter Kureha — a high school girl whose mother was killed by the bears years before and who now yearns for revenge. Though constantly bullied and ostracized at school, she falls in love with fellow schoolgirl Sumika and is loved in return — until the night Sumika also falls victim to a bear attack. However, before Kureha can even get the chance to morn her lost love, two transfer students, Ginko and Lulu, force their way into her life. But little does Kureha suspect that the two girls are actually bears in disguise. 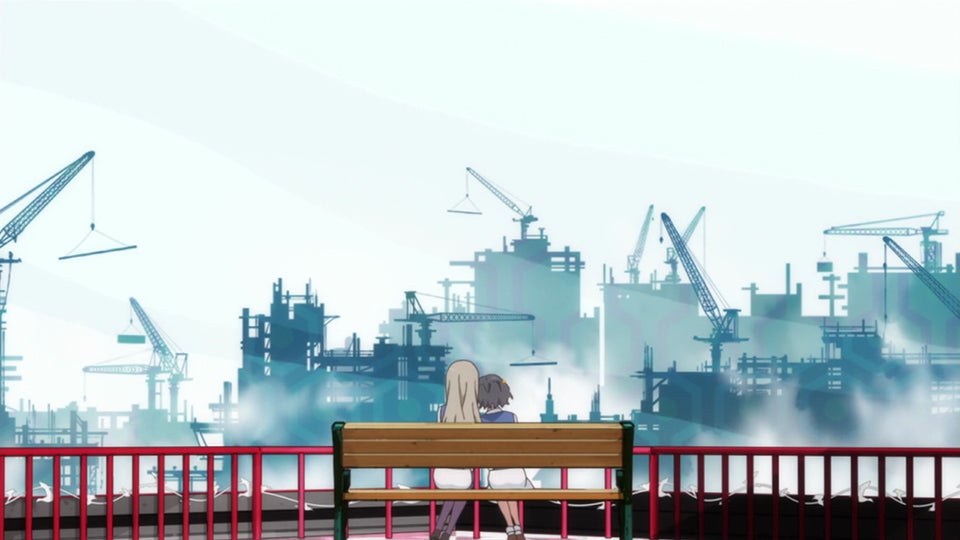 The central theme of Yurikuma Arashi is lesbianism. It's even right there in the name. Literally translated, the title means "Lilly Bear Storm." But, as "yuri" has come to have another meaning in recent years — so much so that it represents the entire lesbian anime genre — a more apt translation would be "Lesbian Bear Storm." And really, that's exactly what the story is about: lesbian love, bears, and the "Invisible Storm" — the group of bullies that exclude Kureha for being different.

Of course, the Invisible Storm is far more than just a simple group of bullies. There's a famous Japanese proverb: "The nail that sticks up gets hammered down." Its meaning is that those who stand apart from the rest of society will be forced back into their dictated place. 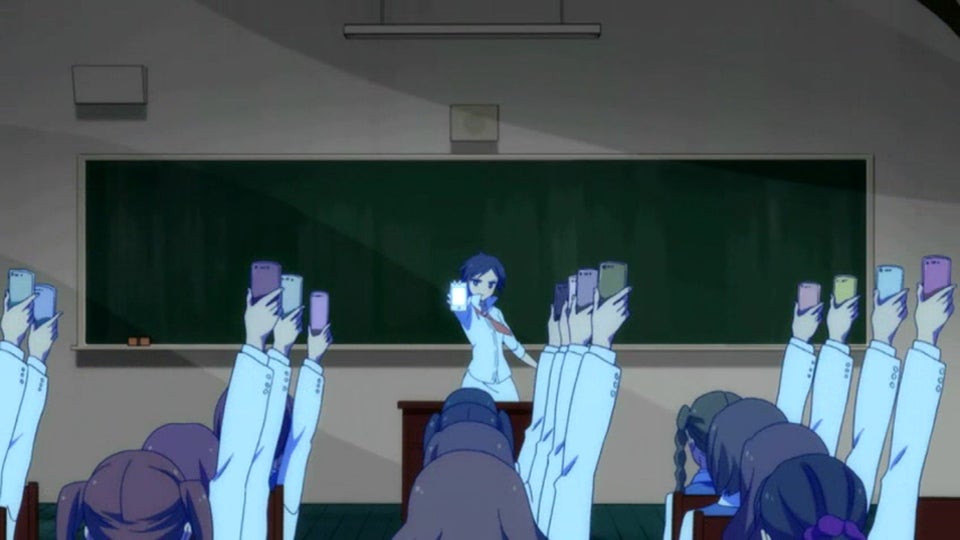 In the allegory that is Yurikuma Arashi, the Invisible Storm represents this aspect in Japanese society as a whole — accepting whole-heartedly anyone who follows societal norms, but shunning and excluding those who do not.

The reason the Invisible Storm targets Kureha specifically is because, once upon a time, as a little girl, she fell in love with a bear she had rescued from the battlefield — and had the "audacity" after the fact to openly say that bears and humans could learn to love each other. For openly having loved someone she is not supposed to love, Kureha is constantly targeted and bullied as she grows up — just as many lesbians are for coming out and stating they believe a woman can love another woman.

The Invisible Storm is painfully realistic in how it acts as a hate group. Those involved see themselves as the heroes — punishing evil and excluding it from their lives. Moreover, they are a mob. So even as their leaders die off one by one, the group continues on. There is always another person to lead the movement. 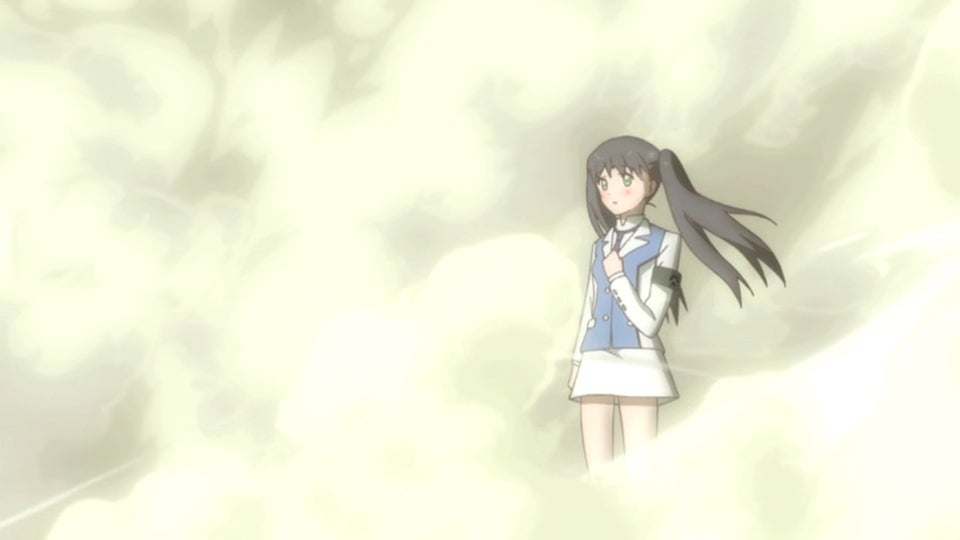 Even at the end of the story, little has changed. As far as the Invisible Storm knows, Ginko and Kureha are dead and once again the social norms have been restored. Happily the group sets about selecting its next target to punish for being "evil."

However, the ending is not without hope as one girl, unwilling to participate any longer, quietly gets up and leaves — all but assuring that she will be the next target for the group. But even knowing this, she finds a bear on the edge of death and befriends her.

The message is clear: As long as people stand up for what is right, others will be inspired to act. Positive change is inevitable. 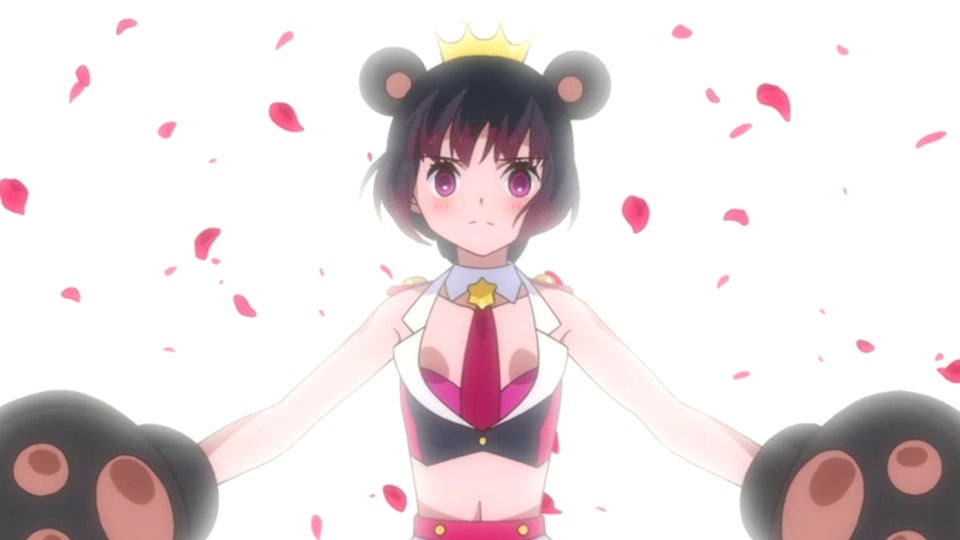 As might be expected in a romance anime, love is another major theme in Yurikuma Arashi. To pursue a relationship with Kureha, Ginko must give up the thing most dear to her. This in turn gives her human form. In other words, for the sake of love, she is willing to give up everything — even change herself in fundamental ways. 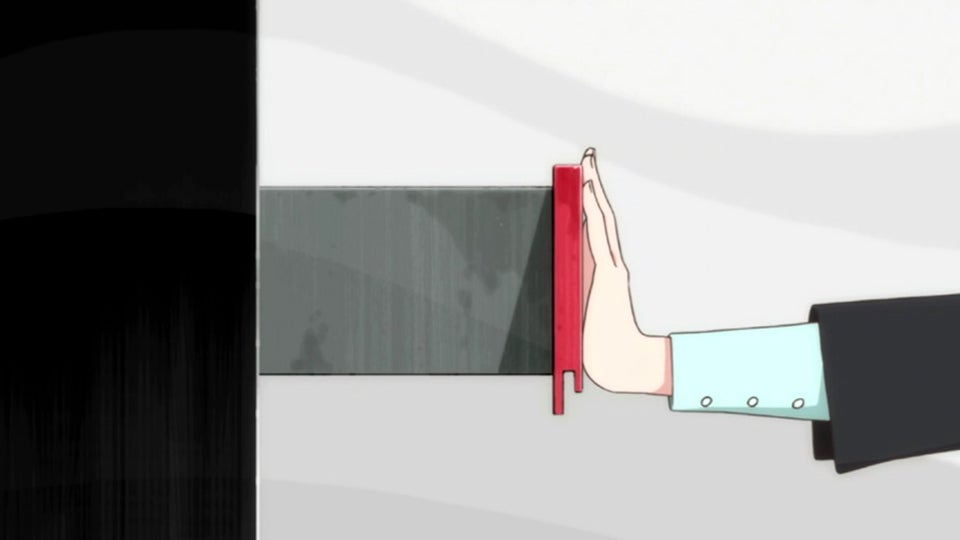 Yurika, one of the main antagonists, on the other hand, is opposed to change in all its forms. She believes that love is a possessive act — that it must be kept forever unchanging in a box (in her case both metaphorically and literally). Moreover, she attempts to groom Kureha in this way of thinking — though, as we find out, Kureha's focus is more on changing others than keeping things the same.

By the end of the anime, however, Kureha learns one of life's truths: While change in a larger sense may be inevitable, you can't by force change others, only yourself — and that is the truest form of love when you make changes that let your true self shine through.

The metaphor and allegory in Yurikuma Arashi isn't just limited to the story. Yurikuma Arashi is full of visual symbolism ranging from a literal wall keeping humans and bears apart to the constant use of lilies to represent its lesbian characters. In fact, the constant use of symbolism in the anime makes it more than surreal, with characters appearing suddenly in courtrooms or falling down endless staircases. 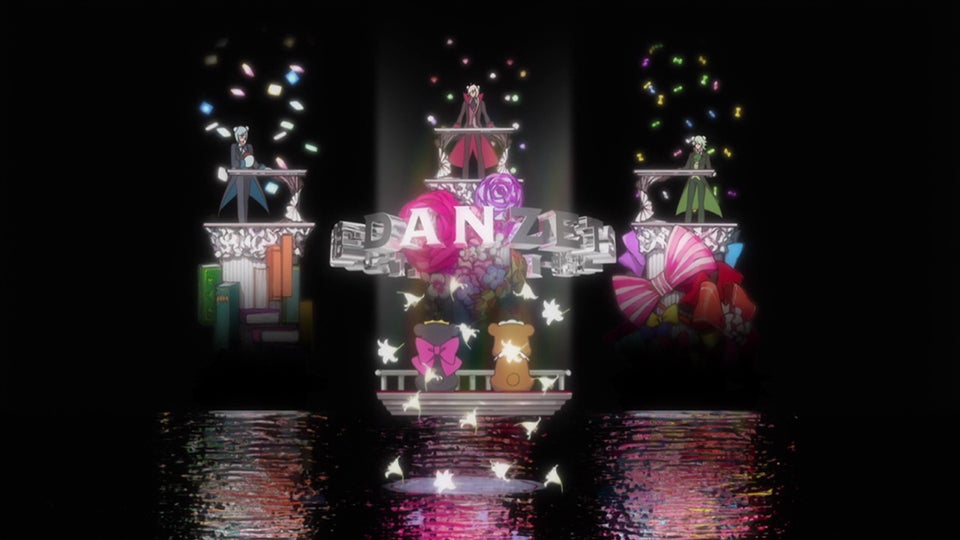 While visually captivating, it does make the story a bit hard to follow at times, especially in the first few episodes where it seems like the same plot points are repeating again and again with little variation. However, once the story begins moving in earnest, the reason for the original pattern and the devious purpose behind it makes sense.

Oddly, when not being symbolic, Yurikuma Arashi is often overwhelmingly cute and campy — even in scenes where a person is being murdered and eaten. However, these events are treated with the utmost seriousness in later scenes to capitalise on the drama.

Besides that, there is also a lot of fanservice in the anime. Kureha, Ginko, and Lulu are often seen in the nude during the more surreal scenes (though with the naughty bits not drawn in detail), and romantically compromising body positions are almost the norm for some characters. 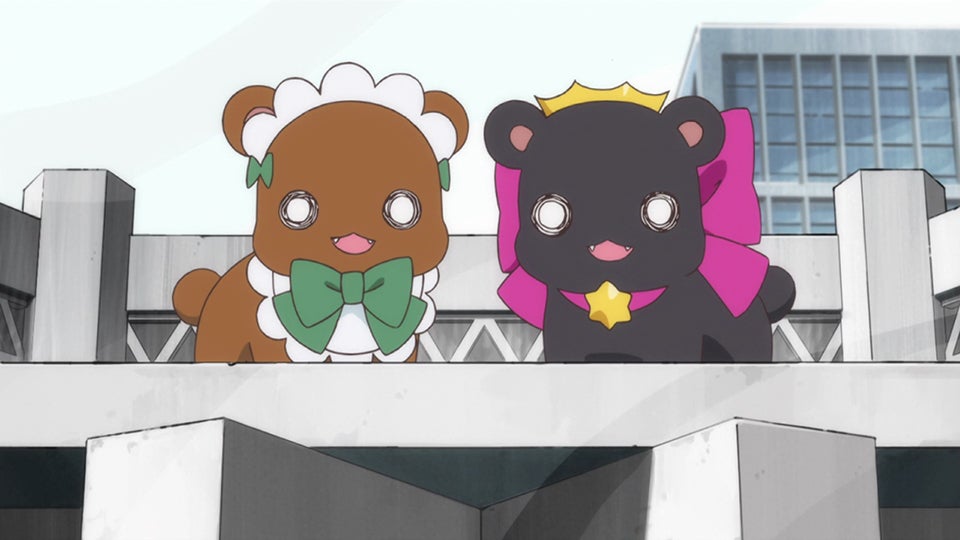 Yurikuma Arashi is an usual anime — though coming from the creator of Revolutionary Girl Utena and Penguindrum, this is perhaps to be expected. As a love story it is enjoyable enough — filled with all the dramatic twists and turns one would expect in a romance anime.

Where the anime shines is in its more abstract nature — namely its symbolic visuals and the series' arching allegory of lesbianism in modern Japan. Not bad for a silly premise involving hyper-intelligent man-eating bears.

Yurikuma Arashi can be watched for free and with English subtitles on Funimation.