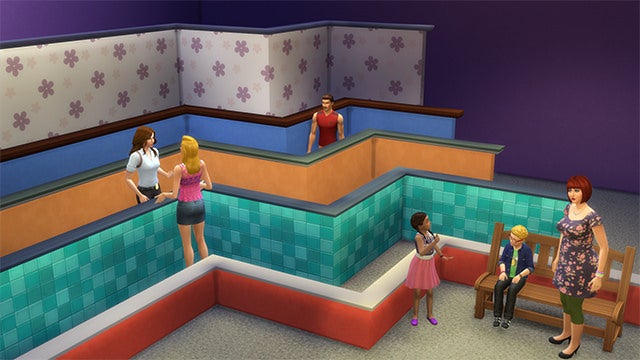 The Sims is a very additive game. It never really stops or "ends" the way many single-player games do; it just keeps getting bigger and bigger. This week, a handful of small but much-needed new tools dropped into The Sims 4.

First there's the two official additions that EA dropped into the game this week: half walls (i.e., walls that don't go all the way up to the ceiling) and locked doors. Locked doors are a feature that fans have been asking for for a while, but the requests became more urgent ever since the game's Get To Workexpansion pack came out. While previously it was just sort of silly and awkward when Sims would wander around a house and into each other's rooms with no thought of one another's privacy, it started to seem really odd when Sims could make and work in businesses without any sort of "employees only" areas sectioned off. Or when modders got busy and made awesome stuff like a working hotel or school system.

EA said that the locked doors will be customisable depending on what sort of building you're making:

After the release of The Sims 4 Get to Work* we heard the calls for employee-only rooms loud and clear, so we made sure to include that option. There are also more standard locks, like the ability to lock a door so only your Sim can get in, or being able to lock it for a household. If you're tired of random Sims walking into your Sim's room and taking a nap on their bed at 2:00AM, you'll be able to prevent that with door locks. We've also added new gender-specific doors to the catalogue, which open up some cool possibilities for improvements to some of the Venues in the game.

The half walls, meanwhile, provide a bunch of extra building opportunities for anyone with an eye for interior design:

Half walls were exciting to work on, too. Most of the time, we've seen players asking for them to put around their counters, so we absolutely included a size that works for that. But we also wanted to allow for more creativity, so we added four additional sizes, bringing the total number of half wall sizes to five.

The three medium heights give you a range of options for living room dividers, borders for stoves and counters, or eye-level spots to hold fancy decorations. They're also a handy place to put your drink! We also added a low (1-1/2' height) wall that works great as an architectural border piece, as well as a tall wall that can be used to make enclosed spaces within rooms, especially when using taller full-height walls. Half walls are super easy to place, too — if you've ever put a fence down in The Sims 4, you already know how to build a half wall.

The other main addition this week came from a modder who goes by the handle Simmythesim, who'd previously made the hotel mod. The new one adds a height slider to the game, which allows you to customise your Sims with a greater degree of freedom than before. And also make shorter teen Sims! 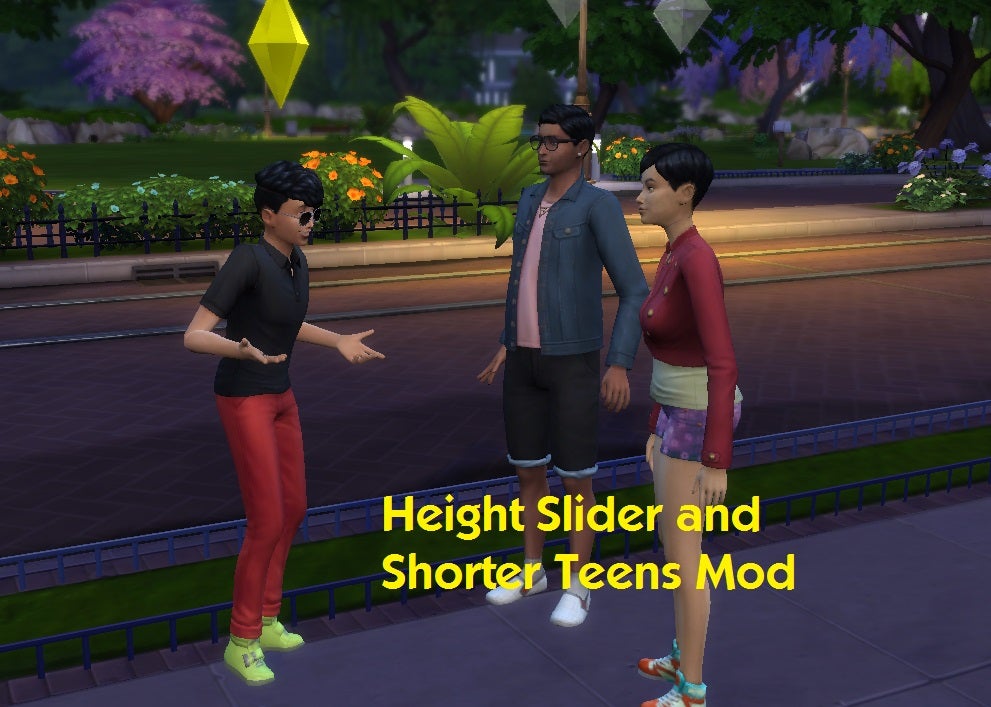 It's weird that EA didn't make such a feature itself given the fact that The Sims is, ya know, a sim game about creating and customising different characters at the end of the day. But I guess that's what modders are there for, for better or worse.