A Game About Killing 'Mario' 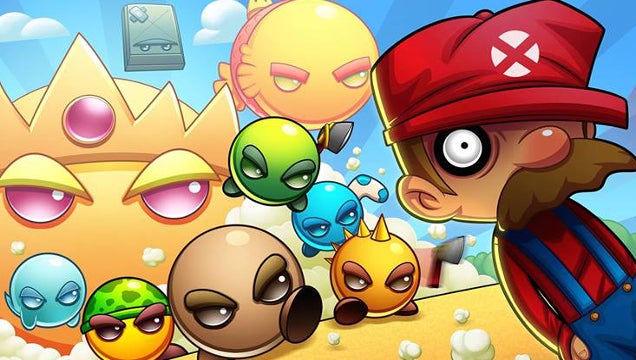 Mario is the ultimate video game hero, beloved by families the world over. Let's kill him.

Kill The Plumber is as close as the game's developer could get to Fucking Murder The Shit Out Of Mario without risking a lawsuit. I mean, that character looks audaciously similar to Mario. And the art style! I'm kinda surprised this game exists, to be honest.

Yeah, the trailer is basically a giant doge meme. As much as that makes me want to flush the entire internet down the world's most rancid toilet into the universe's stankiest sewer, the game itself still looks fun.

Anyway, here's how it works:

"It was a peaceful day in the kingdom, when all of a sudden a plumber decided to construct pipes everywhere and cause destruction. No matter what the critters throw at him, he kept coming back, and even tried to kidnap their princess. Stop him at any costs, otherwise your kingdom will burn."

"Kill The plumber is a parody to other platformers. Your goal is to stop the 'protagonist' from winning each level. You start off as a slow minion who can't even jump, but has enough power to kill the hero. As you get the hang of it, you start playing as other enemies that can jump, shoot, stomp and even fly, sometimes controlling more than one character at a time!"

Different levels feature different enemies and specific, rapid-fire plumber-killing challenges to overcome. In that structure, the game shows its flash/mobile roots, but it still looks like a solid experience on PC.

Kill The Plumber is currently on Steam Greenlight. The full version of the game is due later this year. So, do you have a longstanding vendetta against Mario? Or even just, like, his pretty much entirely identical parody clone? Because, I mean, if you want to bring the shovels...