Ant-Man Is A Great Comic-Book About A Terrible Superhero

The guy running around in one of Marvel's oldest superhero identities isn't all that great when it comes to fighting crime. Ant-Man is not a very good boss, either. And, honestly, he could stand to improve a lot as a dad. But his struggles to be a decent dude are what make his comic a great read.

I haven't read Ant-Man since checking out the first issue a few months ago. So, with the movie hitting this weekend, I decided to catch up the series. Five issues in, it's an exceptionally funny book that isn't afraid to make fun of its main character and superhero storytelling tropes.

Scott Lang is always dodging. Yes, he's got to shrink out of the path of bullets and punches. But the second man to wear the insect telepathy helmet of Ant-Man is also bobbing and weaving around expectations and disappointment. Lang is an ex-con and divorced dad, a combo that makes him hard to employ and constantly in search of stability.

After a job interview with Tony Stark falls through and his ex-wife moves to Miami with his daughter, Lang tries getting a bank loan to start up a security consultation business. It doesn't go so well. 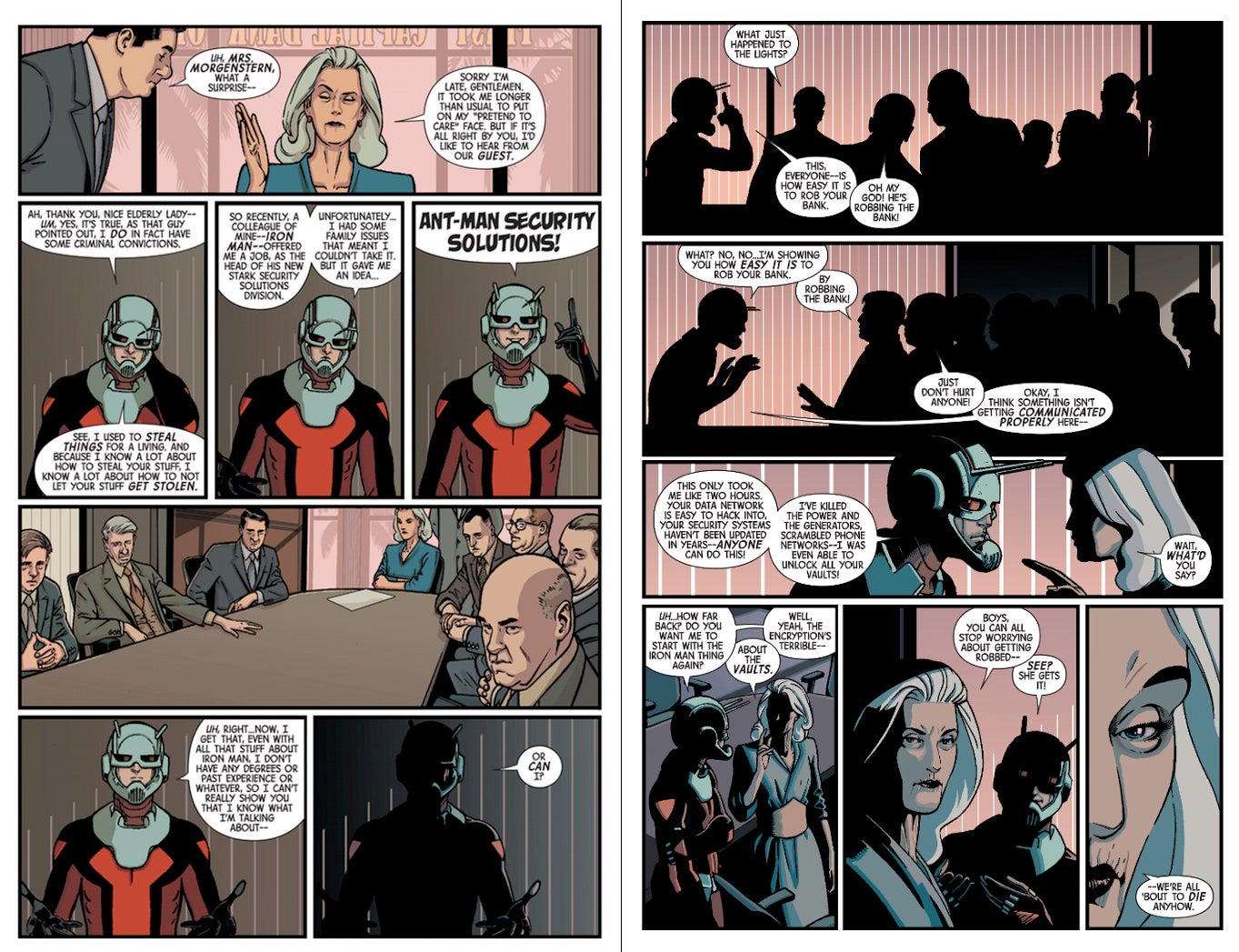 Don't worry: once Ant-Man beat the Nazi robot that turned stuff to gold — and secretly resisted a very lucrative temptation — he got the loan. But then came another challenge. Who's going to want to work for a B-list superhero? C-list supervillains, it turns out. Right after they stop trying to kill him. 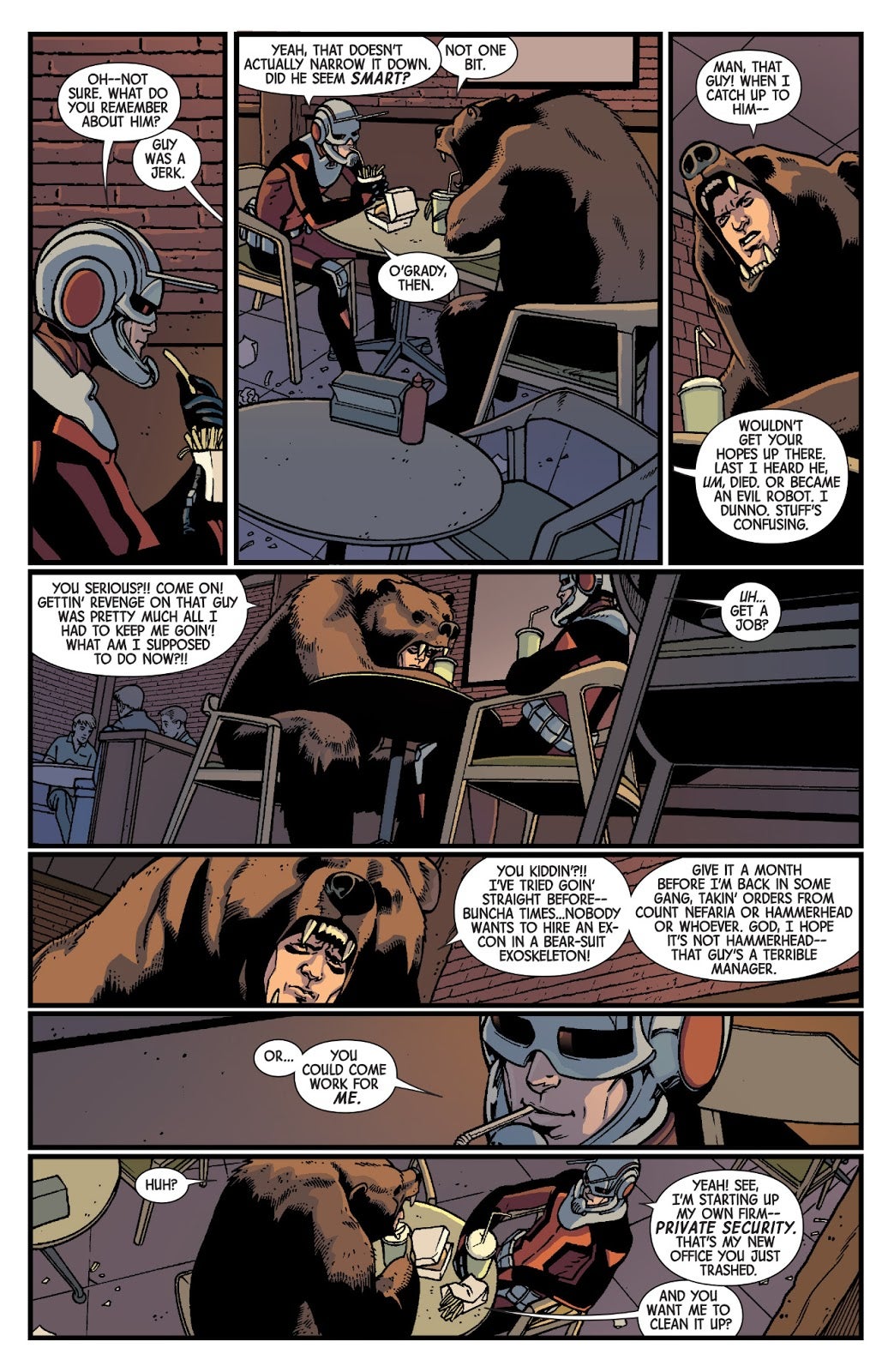 With The Grizzly and nefarious AI genius Machinesmith on board as Scott's employees, Ant-Man is duplicating much of the ensemble charm of Spencer's last series, Superior Foes of Spider-Man. That book — much beloved by fans and pros alike — was a ensemble title about a crew of also-ran villains trying to score big. Ant-Man turns that conceit on its nose by having Scott struggling to listen to his better angels. Doing the big hero thing doesn't come easy for him, especially since it doesn't score him any points with his family.

This week's Ant-Man Annual #1 is a super-size example of the series' ethos. Part of it is because it stars Hank Pym, the first Ant-Man and creator of evil robot Ultron, in his Giant Man identity. Spencer uses Pym to show that A-list first-class superhero geniuses also have the same doubts and challenges as their lesser-light counterparts and enemies. Lang and Pym team up to take out bad guy Egghead and a squad of Pym-built Avengers robots — Avengers robots that Pym made to help him deal with insecurity and anxiety. 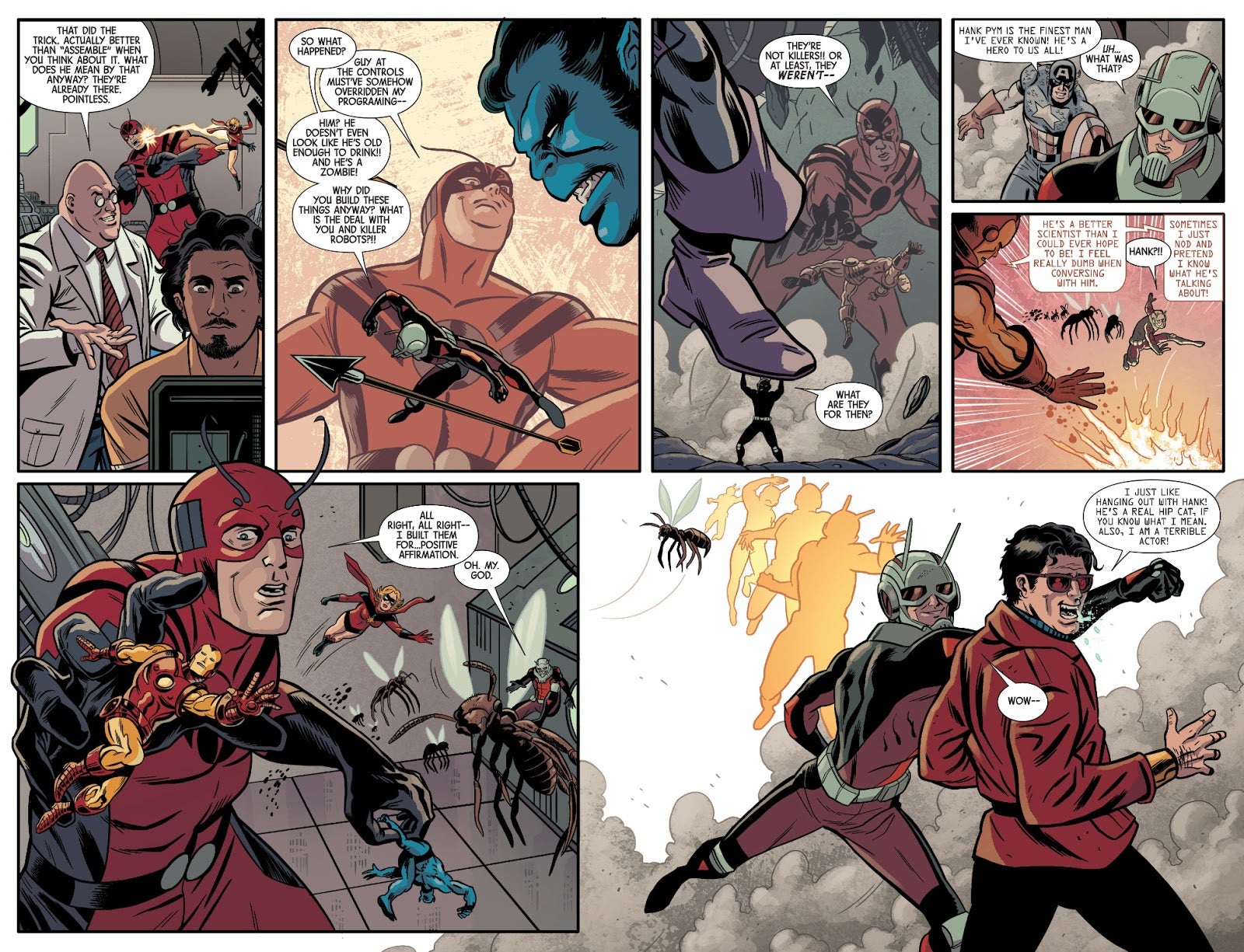 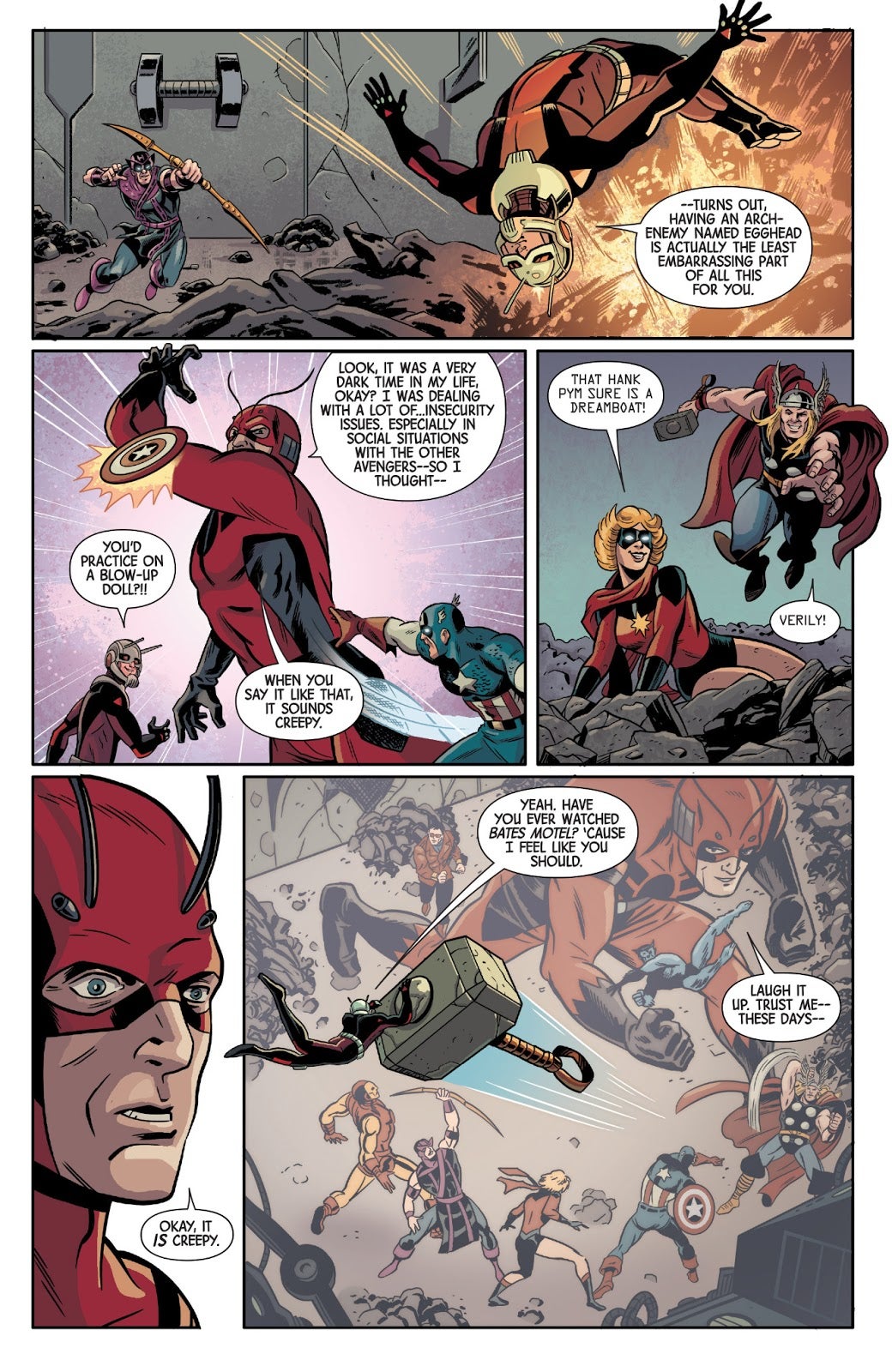 Hank Pym's mention of a dark time in his life is telling. The founding Avenger managed to get past that personal quagmire but Scott Lang doesn't seem to be able to do that just yet. He's a superhero who isn't even-keeled and hyper-competent. Heck, he stole his powers at first. Both he and his daughter have died in the line of duty (and come back!). It feels a little guilt-inducing to get so much enjoyment out of someone who's unable to get his life together. But that's what makes Ant-Man such a great read.