Dang, The Fallout Minecraft Mod Is Coming Along Nicely 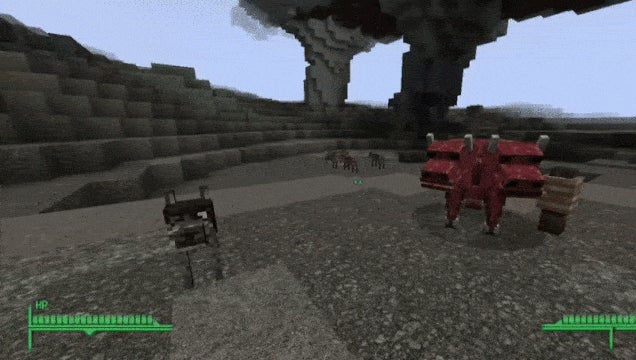 This ought to tide you over until Fallout 4 comes out... er, if it comes out before Fallout 4.

The Project Wasteland mod for Minecraft has been in development for a little while now, but take even a cursory glance and it's easy to understand why. This thing isn't just gonna bring Fallout's Wasteland into Minecraft; it's gonna strap the game's look and feel to a blocky Brahmin and drag those into the mix as well. Case in point: this fully functional Pip-Boy:

Yep, that's all in Minecraft. Nice, no?

Here's the Capital Wasteland from Fallout 3:

As I mentioned, the mod's development has been somewhat slow-going (it seems to be the work of a pretty small team), but eventually the plan is to have brahmin, dogs, the Pip-Boy, an in-game radio, enemies/NPCs, and special weapons and items. So basically, they want to make their own mini-Fallout — their own slice of demented Americana.

It's certainly an admirable goal, overambitious or not. Now if they can just get VATs and a blocky mini-nuke launcher in there, we'll be golden.