Heroes Of The Storm's New Skeleton Warrior Has A Great Strut 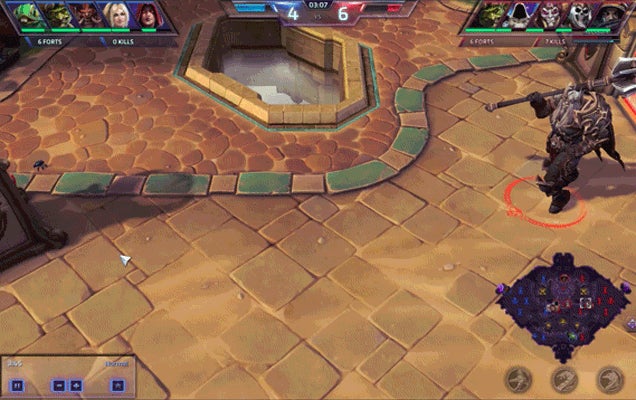 When you play game after game of a MOBA like Heroes of the Storm, you start to appreciate the tiniest little details of how a character looks and feels. Still, I'd never really focused on the nuances of a hero's gait until yesterday when King Leoric arrived in HOTS.

Leoric is a long-time villain from Blizzard's foremost demon-killing franchise Diablo. Much like The Butcher, who also debuted auspiciously in Heroes of the Storm recently, the Skeleton King is an early game bad guy you encountered at the beginning of Diablo I and Diablo III. In those games, he was meant to elicit a gnawing feeling of lingering tension in the player — a hint of all the bad stuff to come as you journey deeper into the depths of hell, without pulling the curtain back entirely and revealing the gross demons primed for the next act or several. Blizzard carried this over to Heroes of the Storm with the guy's distinctive gait. He doesn't walk as much as...shamble clumsily towards whatever you point him at.

The beauty of Leoric's most seemingly mundane animation is that it toys with your expectations when playing as (or against) the skeleton king. Because while he looks like a zombie, talks like a zombie, and walks like a zombie, he doesn't actually move like one all the time. He is a very slow-moving bruiser throughout much of a match, yes. But he has incredible mobility when the need arises, thanks to his ghost form that lets him duck out of a bad situation before it turns ugly, like I do here when two opponents are sandwiching me:

...or chase opponents down with an unnerving relentlessness:

It's that bizarre dichotomy between what you expect to see come from an undead zombie-like creature and what he actually does that makes Leoric feel like a genuine ghost.

If only all the animations in MOBAs could be this good.

P.S. If you want to really see the guy in action, here's a full game I played with him this morning: