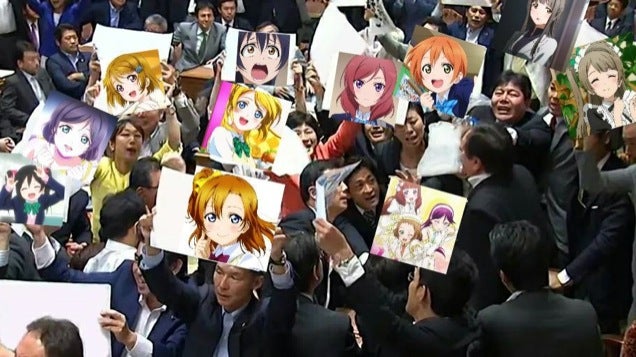 Earlier today in Japan, a special security committee okayed legislation that expands the Japanese military's role. People outside the Diet building protested as did lawmakers did inside the assembly. And folks on Twitter? They made memes.

This is a serious moment in Japanese history as the bills are a reinterpretation of the country's pacifist constitution, allowing Japan to take a more proactive military role. The legislation is slated to go to the lower house for a Thursday vote, where, according to Bloomberg, it is likely to pass.

Politicians held up signs that said they were against the politics of Prime Minister Shinzo Abe as well as against the way the legislation is being rammed through. 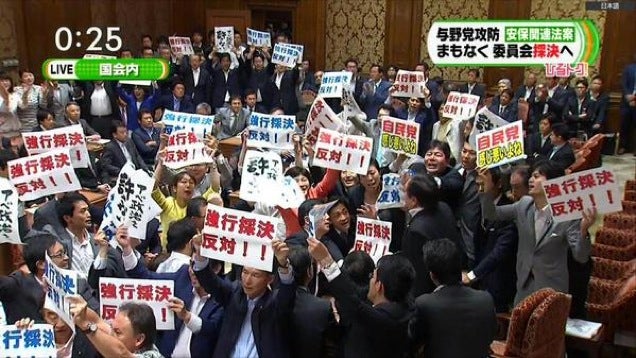 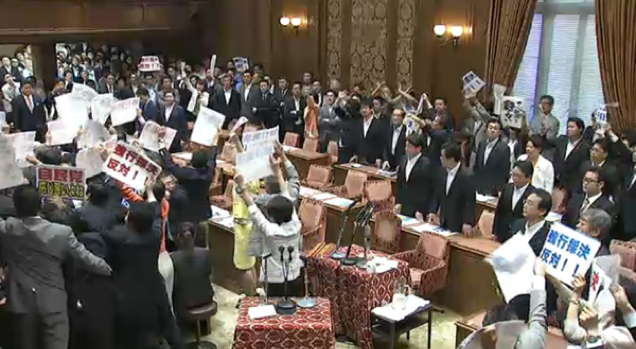 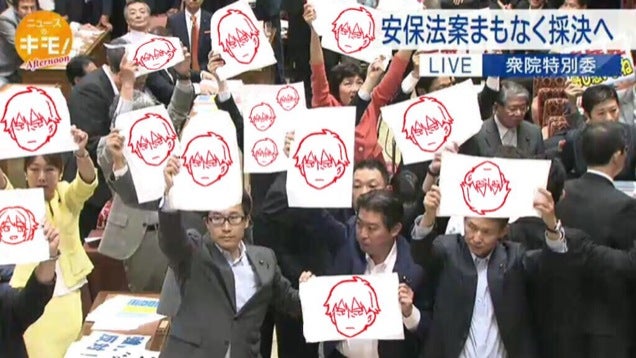 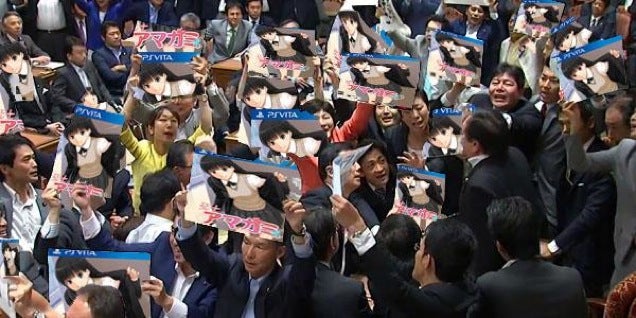 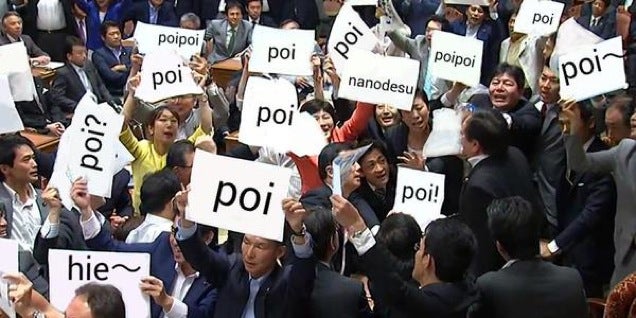 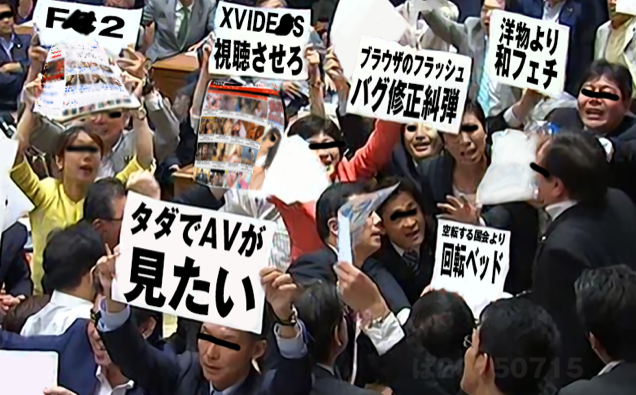 One of the signs reads, "I want to watch adult videos for free," while another reads, "We demand to watch x-rated videos." 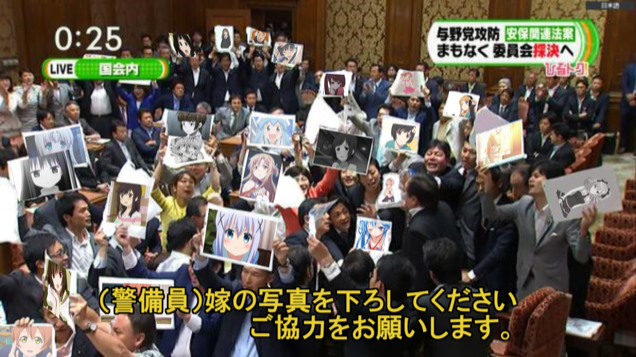 The text at the bottom is asking politicians to show photos of their "daughters." 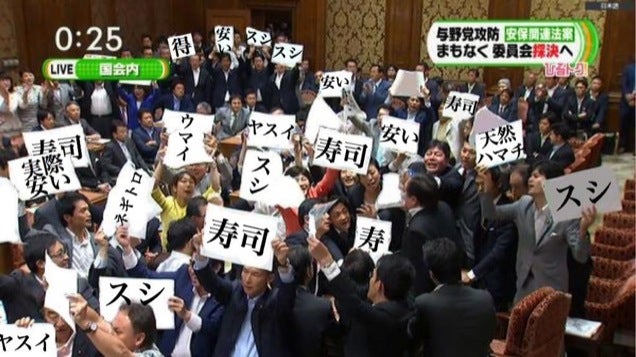 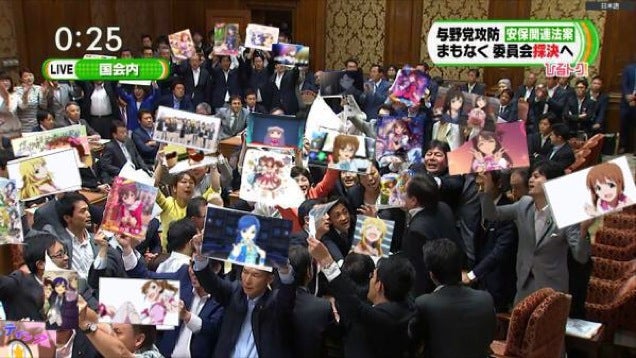 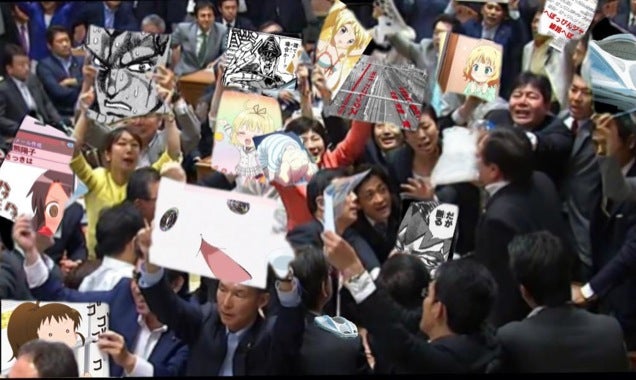 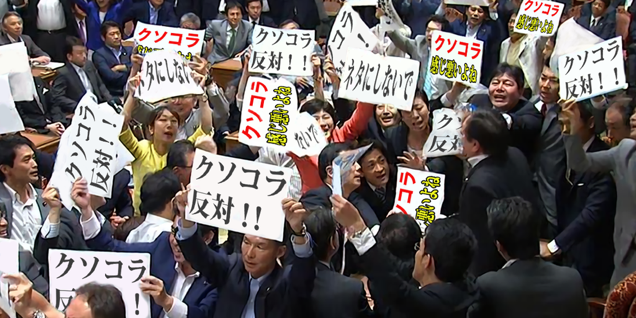 The signs read things like, "I'm anti shit Photoshops" and "Don't turn this into a meme." Too late.