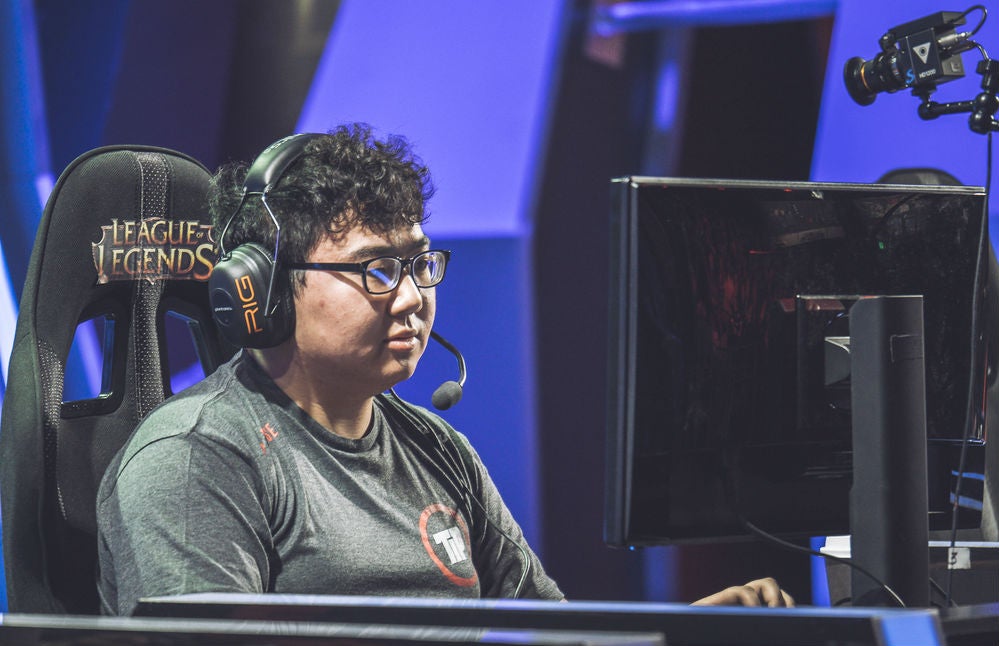 Professional League of Legends player Yu "XiaoWeiXiao" Xian was suspended from the game's ongoing championship series today as Riot began an investigation into allegations that he played on other people's accounts to help level them up in exchange for money.

This process of paying another, more highly skilled League player to take control of an account temporarily and level up its competitive ranking is known as "Elo boosting," and it's forbidden in Riot's terms of service for the game. The specific allegations against Xian first surfaced on the League of Legends subreddit yesterday in a thread (via The Daily Dot) that posted screenshots of a conversation the poster claimed was between the pro player and a prospective client. Speaking in Chinese, the two agree that Xian will level the player's account in exchange for $US1,300. They then start talking about logistical details about how to send him the money. Xian requests he be paid via PayPal, and provides an email address that links back to the Skype account of Alex Gu, his manager on the North American pro League team Team Impulse (TiP).

Hunter Leigh, an eSports manager at Riot, said on Twitter that the company had spoken with Xian and the player "confirmed misconduct." While the company is investigating before issuing a final ruling, Xian has been suspended from the ongoing North American League of Legends Championship Series (LCS).

We have spoken with XiaoWeiXiao regarding ELO boosting allegations - he has confirmed misconduct and is suspended pending investigation.

Alex Gu said earlier today that Team Impulse would have a statement regarding the allegations:

We will have a statement regarding Xiaoweixiao later today. Thanks for the patient.

Regardless of what Riot yields in its investigation, the suspension couldn't have come at a worse time for Team Impulse. The North American finals are barely a month away, and the team has to go into the last round of games that will decide whether or not they make it to Madison Square Garden in August without one of their best players.