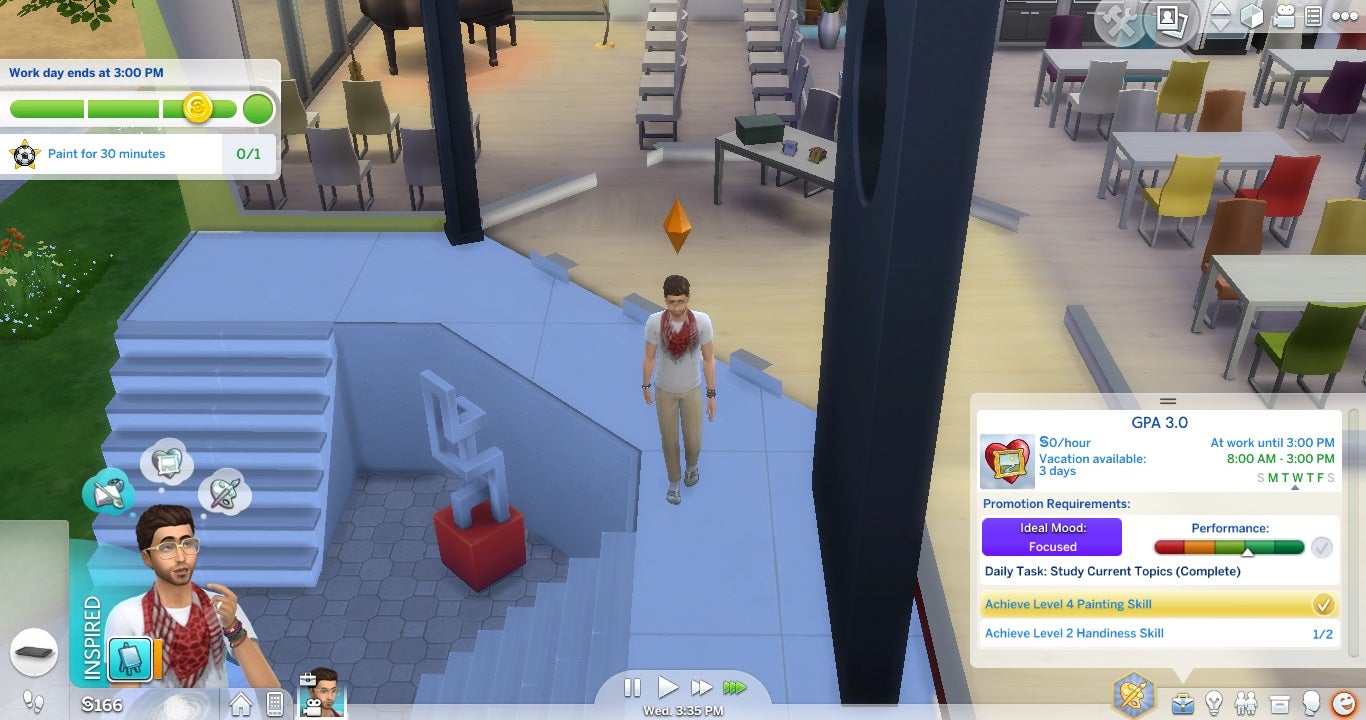 They have already added working hotels and K-12 schools to The Sims 4. But Sims modders still haven't had enough. Will they ever? Let's hope not.

Prolific Sims 4 modder Simmythesim, who previously worked on the aforementioned hotels mod as well as a custom height-slider that let you adjust the physical make-up of your Sims in greater detail, has just released his latest project: this one adding universities to the game.

Like the mod that added elementary and high schools to The Sims 4, "Get To College" builds on a few existing assets from the official releases. You need the Get To Work expansion to play with the mod, which means that Simmythesim likely set up the universities as distinct workplace venues that young adult Sims could go to during normal work hours. That means you might not be able to live out all your fantasies about raucous frat parties and amphetamine-fuelled all-nighters (or at least, ones that go down on campus). But at least you can streak across the quad in full daylight! 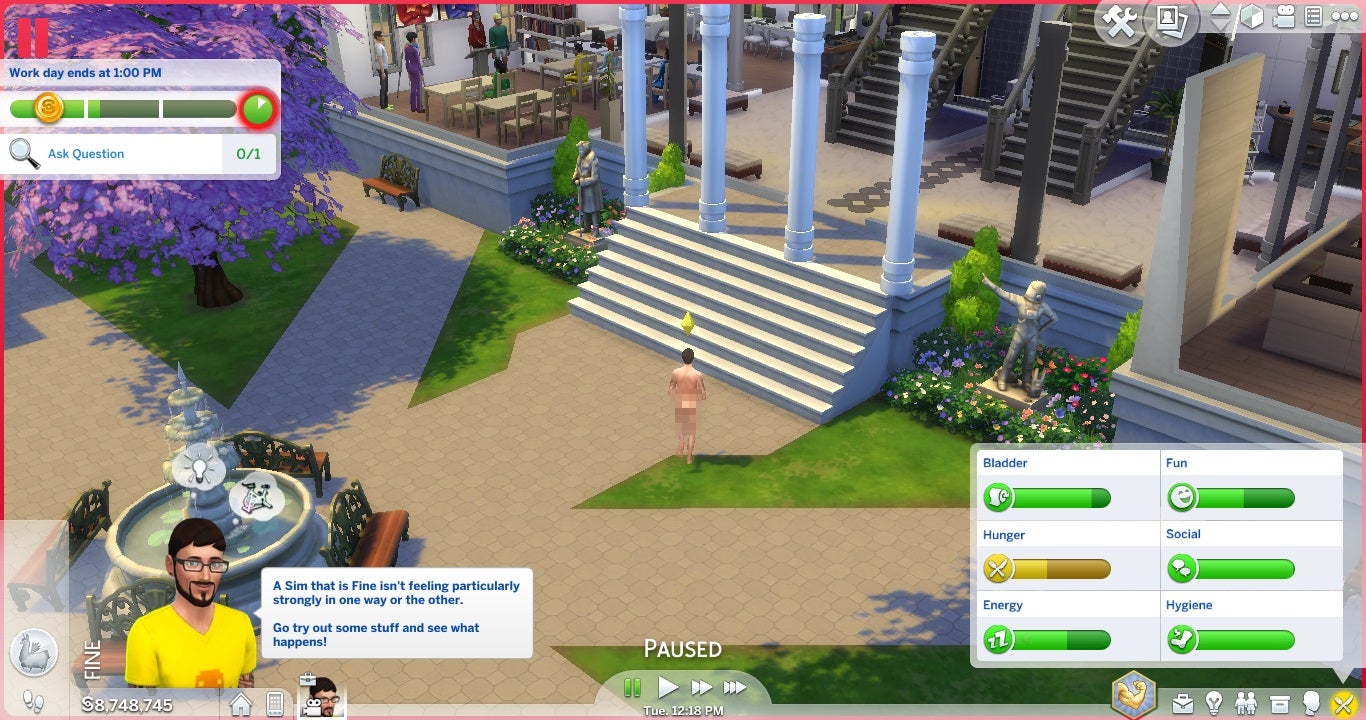 Simmythesim's page for the mod says that it adds these butt-naked races as a new Sim interaction alongside some other nifty features such as "asking questions," studying three different majors, and even a GPA system:

A challenging grade system where getting higher grades requires actual effort and many sleepless nights.

If you pass your major, you get qualifications that allows you to start in level 4 of the career your major allows!

The coolest part to me is the fact that passing a major allows your Sims to advance in their career prior to actually entering the workforce. If only real colleges gave you so many irl skills! 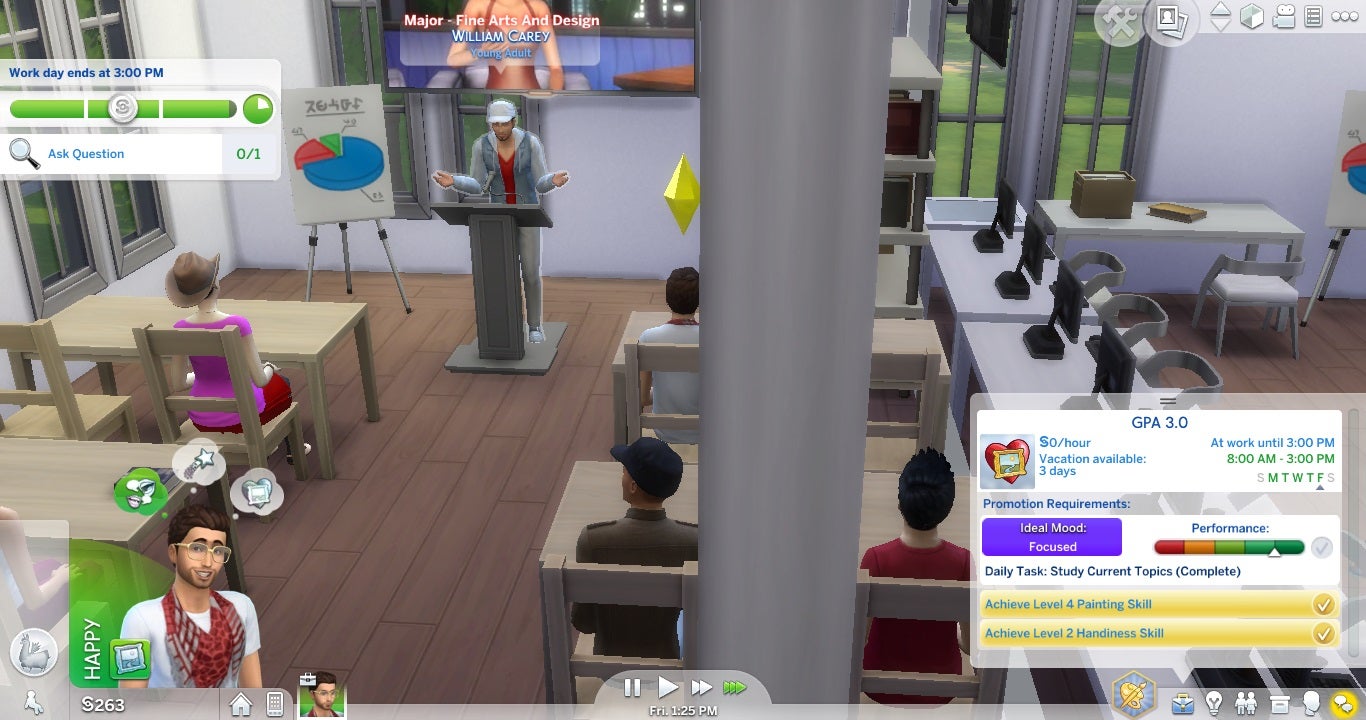 Simmythesim recommends that you turn off auto-ageing for your Sims who enter into college so they don't rapidly age out of it. You can download the mod and try it out yourself here.