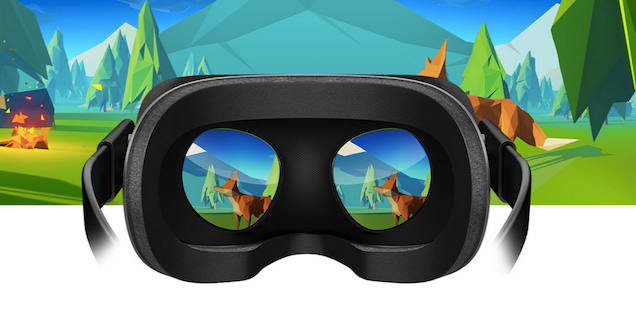 Oculus Rift is attempting to seize the oculusrift.com domain from the group of developers currently using it, according to documentation obtained by Kotaku.

It's a battle that the VR company is almost guaranteed to win, given their ownership of the "Oculus Rift" trademark. According to the Uniform Domain Name Dispute Resolution Policy (UDRP), the internationally-recognised process for squabbles over website domains, one person or company can wage legal warfare against another if a domain is "identical or confusingly similar to a trademark or service mark in which the complainant has rights."

Oculus says they deserve the URL, arguing in their UDRP complaint that oculusrift.com's "use and exploitation of the Oculus Marks constitutes cybersquatting, trademark infringement, trademark dilution, and/or unfair competition in violation of applicable law."

A developer named Ivan Smirnov first registered oculusrift.com in June of 2012, not long after the Oculus Rift prototype was first shown off. (Oculus launched their high-profile Kickstarter campaign that August.) Since then, oculusrift.com has hosted developer forums for fans, hobbyists, and professionals working on games for the VR hardware. As of this past weekend, the forums have been shut down.

Smirnov first contacted me about the domain dispute last week, saying he felt betrayed that Oculus was going after what he says is a group of dedicated fans.

"We're a team of VR enthusiasts," he said in an email. "We considered ourselves a part of the Oculus developer community. We've been building a developer-oriented community on social media and oculusrift.com for the last couple of years. As volunteers, [we spent] our personal time helping the company. For example, our Google Plus community has about the same amount of subscribers as the official one. If not more. We're not selling anything. All our social media outlets/websites had zero advertisement."

Their social media pages use curious titles — their Facebook page, for example, is called Oculus Rift VR Headset and occasionally copies messages from the official Oculus Facebook, a fact that's brought up in the VR company's complaint against the domain holders. Their Google Plus page is misleadingly called +OculusRiftOfficial.

Oculus, which was purchased by Facebook early last year, currently uses the domain oculus.com. The VR company and other various parties have tried to obtain oculusrift.com in the past, according to Smirnov, but he never came close to a deal with anyone. "I've been receiving requests from different people who wanted to buy traffic or buy the domain itself," he said. "Of course we never did that, we have no ads and we don't do this for profit. We're fans and developers, not cybersquatters. "

Now, Oculus's lawyers have filed an official complaint through the UDRP.

"Oculus lawyers contacted us saying that we should transfer our project 'to their client now and for no money,'" Smirnov said. "When we refused, they responded with a threat of legal action. In fact, they're so generous that they will 'give us some amount of time to move your content to another domain.'"

Smirnov says he'd asked for $US58,000 in exchange for the domain, but Oculus's lawyers turned down the offer. He's upset by what he views as a betrayal of the developer community — "People should know how ruthless and greedy the company has become," he said in his first email to me — and he says the website made it clear that this was an unofficial domain.