Payday 2 Has Been Broken On Xbox One For Three Weeks 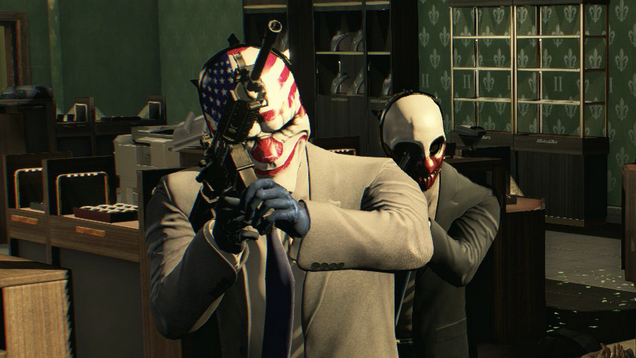 If you bought Payday 2: Crimewave Edition on Xbox One, it's been a frustrating couple of weeks. The game was released on June 16, yet many players continue to report it's impossible to play the game with strangers. A patch has been promised for a long time.

Publisher 505 Games told me there's a patch they "hope" to release in the "coming days".

"We're aware there's a number of users on XBO who are having connectivity issues on Crime.net," said the company in a statement. "We're testing the patch now and hope to have it released in the coming days! We identified three issues on connectivity on the XBO platform (which only impacts a small number of players) — to which the patch should correct any freezes and server drops in crime.net. We're currently working with MSFT on testing the patch!

There are two major problems, though they seem related to one another. When trying to load up an online mission, the game constantly hitches for several seconds, and usually fails to connect you anyone to play with. If you're playing with friends, it seems to work, but randoms? Nah.

Check out this video from Hades 343 to see how frustrating this has been since day one:

He's not alone. You don't have to look very far to find lots of folks upset about these issues.

As I poked around for this story, it became clear the Payday series has a complicated relationship with the console versions. How else do you explain a whole Facebook group dedicated to calling out the game's developer for not supporting the console version enough?

And Kotaku has received several tips from readers understandably upset at Payday 2. One had a frustrating experience with Xbox customer support, who refused his request for a refund.

"We cannot issue a refund for the game as the issue is not directly caused by the Xbox Live Gold service but by the developer, Overkill Studios," said the rep. "Please find the contact number or email address from the website where you can send a complaint regarding the game. "

They were eventually able to get a refund from another customer support rep, thankfully.

Fingers crossed that Payday 2 fans on Xbox One can be properly heisting in the days ahead.