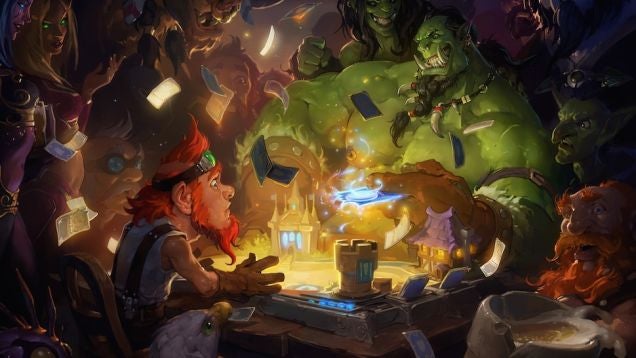 Creating Hearthstone cards isn't easy — unless you're a robot. Scfdivine created a neural network that spits out new Hearthstone cards by analysing all pre-existing cards. It's hardly flawless, but it's actually kinda shocking how often it's on the money given the way it works.

"The way it works is the network is trained on a set of plaintext input data (the normal card list). The output is actually remarkably simple: based on the previous characters the network has encountered, it predicts what the next character should be. This way, it creates a list of entirely new cards one character at a time, with no concept of what a Hearthstone card even is. The fact that it works at all is really impressive."

"What is the network good at? The class and rarity distribution is accurate. There are no neutral spells, and weapons are usually given to the weapon classes. Minions, on average, have reasonable stats for their cost. You don't see things like spells with Taunt or Battlecry effects. It recognises things like how hunter minions are usually beasts and that shaman has totems. It knows that Battlecry and Deathrattle are followed by an effect. It also tends to make 9 mana legendaries into 8/8 dragons."

But it also bad at things. Many things. This stems in part from the fact that Scfdivine wasn't able to assemble as large of a data set as, say, the Magic The Gathering neural network that inspired this one, so for every time it miraculously combines chocolate and peanut butter, there's another time it hands you a peanut-butter-slathered sandal. Scfdivine continued:

"It doesn't really limit class-specific abilities like Overload to the proper classes. It can't distinguish weapons and minions very well, so you sometimes get, say, a weapon with Taunt. It doesn't understand Secrets, probably because there's a limited number of them and they tend to have unique effects (if an effect only occurs once in all cards, it can't really learn context). Similarly, most spells are boring, because outside of basic effects like 'deal damage,' spell effects aren't repeated enough. The same goes for rare keywords like 'Immune' or 'Freeze.' It doesn't really understand how most abilities affect cost, so it will make minions with below-average stats and give them 'Give your opponent an extra mana crystal.'"

As PCGamesN points out, it's tough to decide which cards are more fun: the interesting ones or the comically absurd ones.

Here are a few interesting options, cards I could see actually ending up in the game someday (note: Scfdivine added the art; everything else — including names — was generated by the neural network): 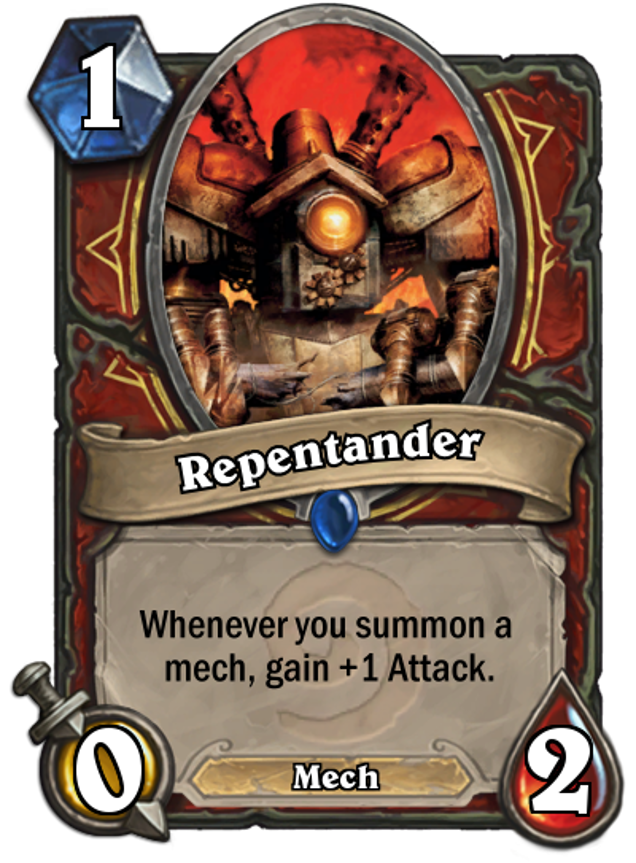 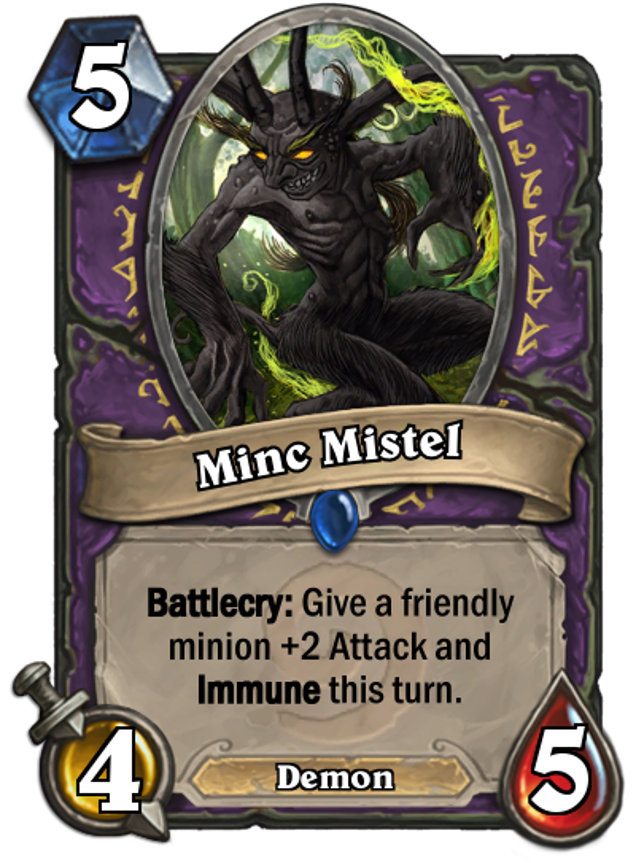 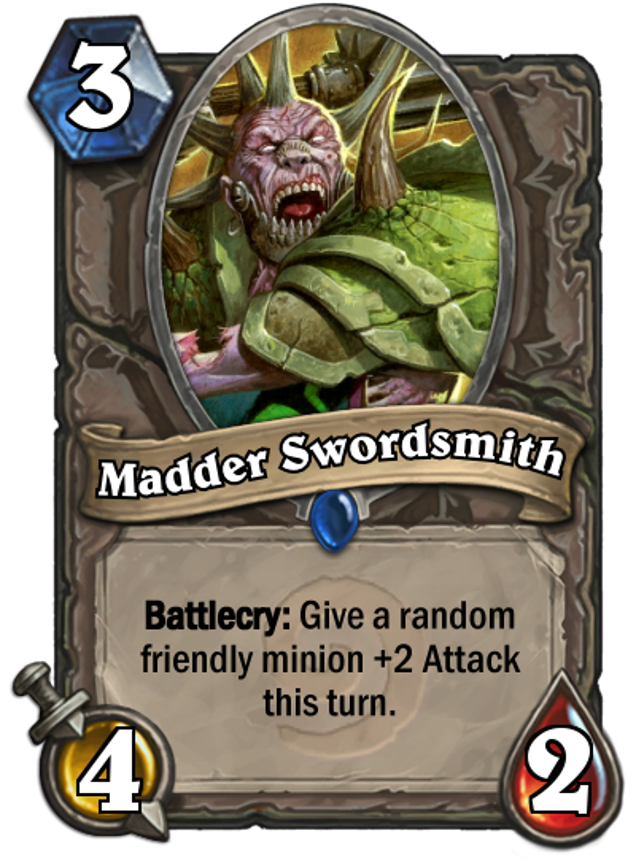 And here are some, well, just read them. They speak for themselves — or scream incoherently, as it were: 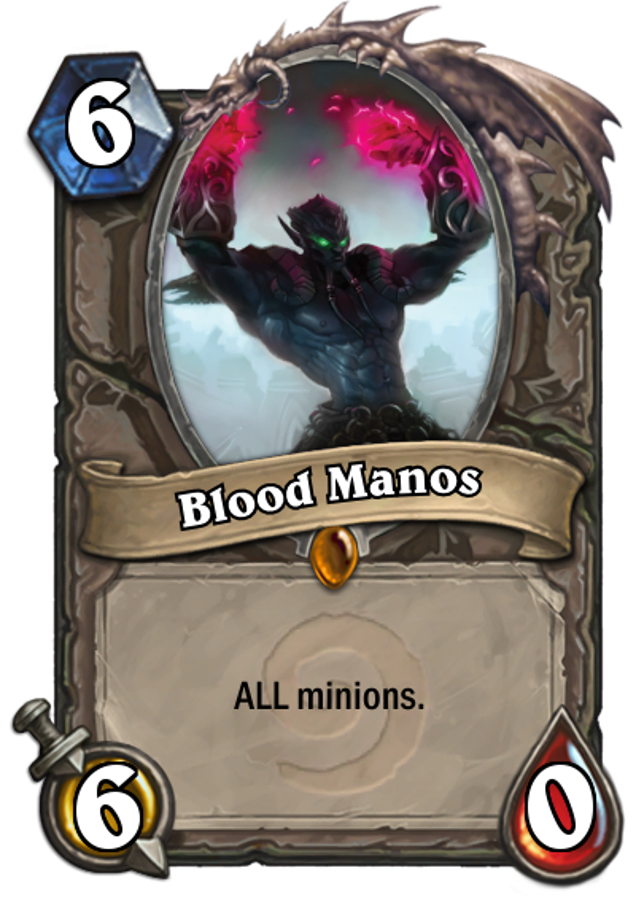 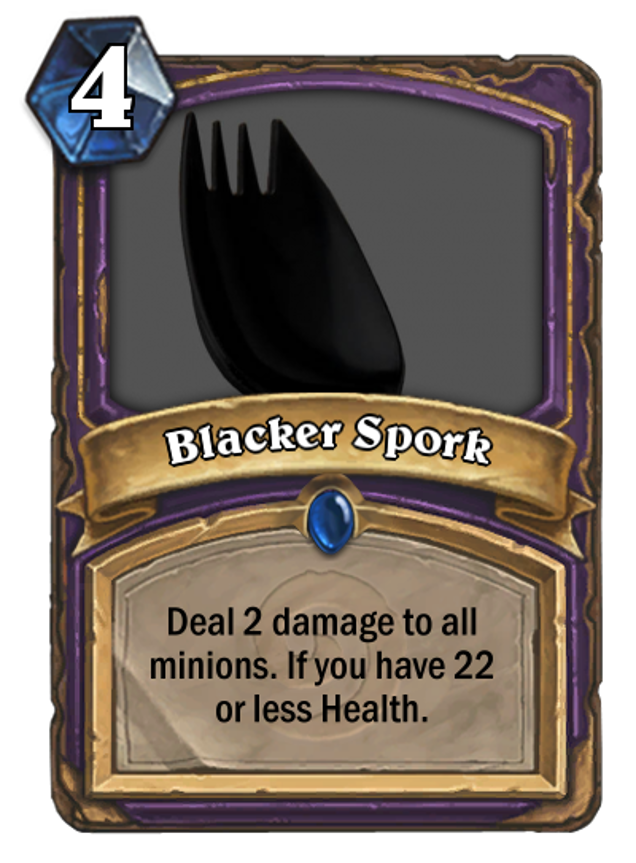 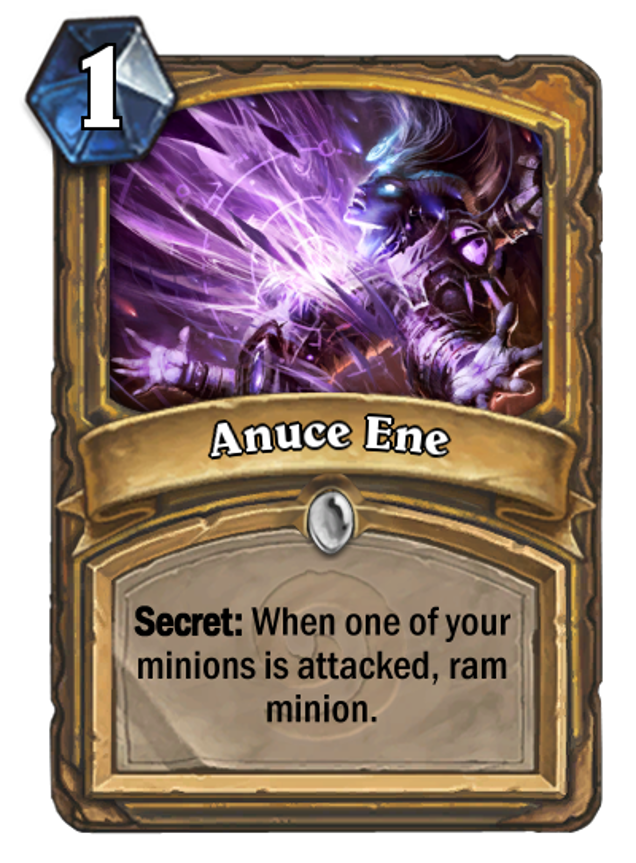 If you're feeling daring (and like time killed your puppy, and you want to kill that fucker back), you can learn how to set up your own card-generating neural network here. Now then, can someone do this with Pokemon? Yu-Gi-Oh? Pogs?