Despite their lucrative habit of monetising every conceivable aspect of League of Legends in one way or another, there's one thing Riot Games won't put a price tag on: victorious skins. The company assured fans of this after whipping them into a frenzy with the suggestion that they might consider selling the things.

Last week, dedicated League of Legends players panicked on GameFAQs, Reddit, and the official League forums after screenshots surfaced of a survey Riot had sent out asking players for their thoughts if they started to sell the once impossible-to-buy victorious skins. Fans fumed because they saw this as Riot attempting to (or, at least, considering to attempt to) cash in on something the community considered sacred enough to be above monetisation.

See, victorious skins are unique in League of Legends because they're one of the only things you can't actually buy. Much like the hard-earned ranks themselves, you can only get your hands on a victorious skin by making your way up the ladder of the game's hierarchical multiplayer mode. There are currently only four such skins in existence — one for each season League has had so far. Riot gave them to players at the end of each season as a reward for making it into Gold, which is currently the fifth highest rank in the game.

If the fifth highest rank doesn't sound super impressive, bear in mind that League is an extremely competitive game with more than 67 million players. The majority of League players are in Bronze or Silver (the two lowest ranks).

In its survey, Riot suggested making certain colour variations of victorious skins exclusive for the players who'd rightfully earned them, while making the base skins available for purchase. But fans weren't having it. It's not hard to see why; the exclusivity of victorious skins is the whole source of their appeal. Keeping slight aesthetic variations off the table misses the whole point, because these aren't radical redesigns of League champions in the first place. They look a lot like their base-level appearance. Just a tad...fancier. Here's regular old Morgana, for instance:

See? It adds a little gold-tinged flourish to her character. Especially when it comes to her geodesic-looking shield spell she can protect herself (and others!) with:

...versus my lowly plain Morgana shield: 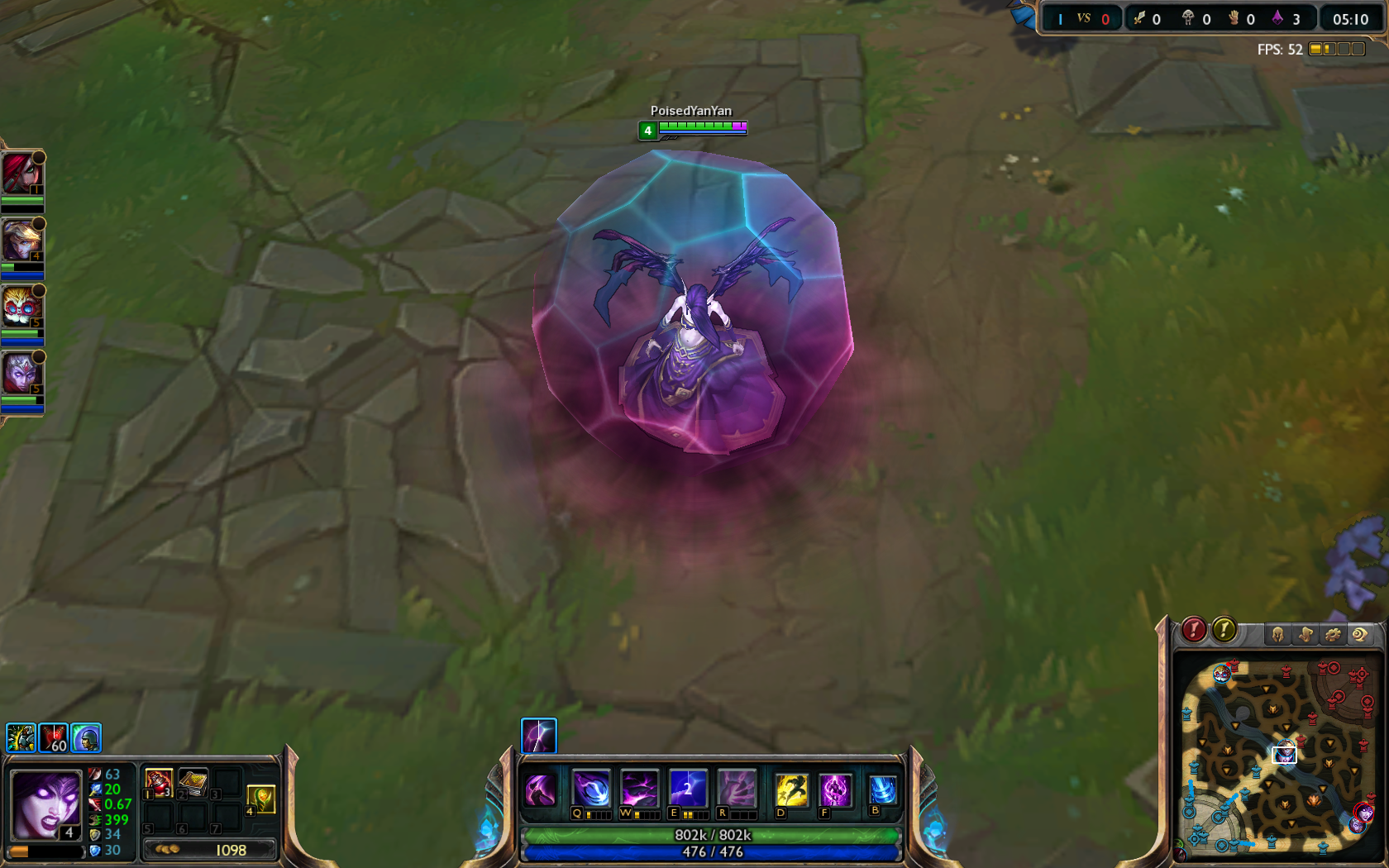 Subtle though they may be, these aesthetic boosts mean a lot once you step inside League of Legends. A victorious skin is a way to show your teammates and opponents — people who often don't know you, inside or outside of League — that you're an experienced player who's accomplished something. And since they're only rewarded once, there's an element of seniority to it too. Since I only started playing League this year, I'll never be able to strut my stuff around Summoner's Rift with that rad-looking Victorious Morgana.

While the game's many other pricey skins might be far more ornate and imaginative, they don't offer their wearers that same kind of social capital. At best, they might suggest the pretence of skill and experience. But that can easily be disproven. I bought the ridiculously cool and ridiculously expensive DJ Sona skin, for instance, and was promptly told in my next game with her that I should refund it. The teammate who said that was just being a grumpy troll, but still: if I had some victorious skin instead, they'd have probably leapt to a different conclusion than "oh this guy is a total fucking scrub."

Aaaanyways. In a statement posted on the popular League of Legends subreddit, a Riot representative simply said "we're not selling the victorious skin":

Hey all, last week we ran a survey where we asked players questions around how they would feel about adding chromas to victorious skins based on tier achievement and selling the non-chroma versions. I want to reassure everybody we aren't going to sell the victorious skin. We may or may not do chromas for tiers, that's still TBD.

This is a good opportunity to talk about why we run surveys like this. Pretty much everybody at Riot is an active league player. There are players of all skill levels and types (casuals, hardcore, etc). Sometimes, features or changes we should make are obvious. Sometimes there are issues we disagree about or feel are contentious enough that we should ask players about directly. Rather than building the wrong stuff, we just ask you guys directly. Surveys like this help ensure we're making the right changes and moving the game in the right direction. Keep in mind that just because you see a survey doesn't mean we're going to take that course, even if sentiment is good around a change.

He also hinted that the next victorious skin coming this season will be a "marksman" character.

Whether or not League of Legends is a legitimately free-to-play game is a much larger issue than a miniature kerfuffle over people worrying the game would suddenly enable an odd, ahistorical pay-to-win scenario with its victorious skins. But it's nice to see Riot listening to its fans in this case.

Morgana screenshots via the League of Legends news site Surrender at 20. Except for the one of me playing as Morgana. That's via me.