Scoring A Goal In Rocket League Feels So Damn Good 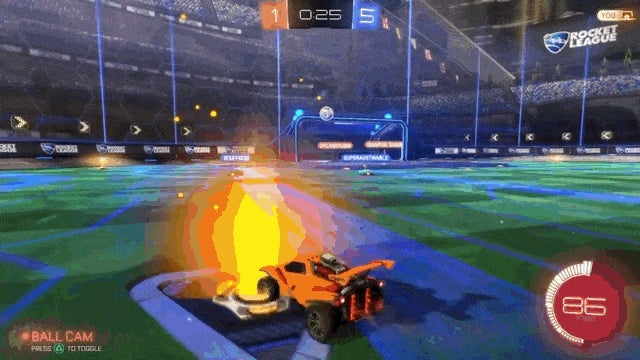 There's nothing like seeing the ball casually bounce, forcing everyone to miss their shots, and perfectly timing a boost to nudge it into the goal. Friends, Rocket League is fun as hell.

What's even better is slamming into the ball, hitting it at juuuust the right angle, so that it goes flying across the map and into the goal before anyone can figure out what's happened. Suckers! 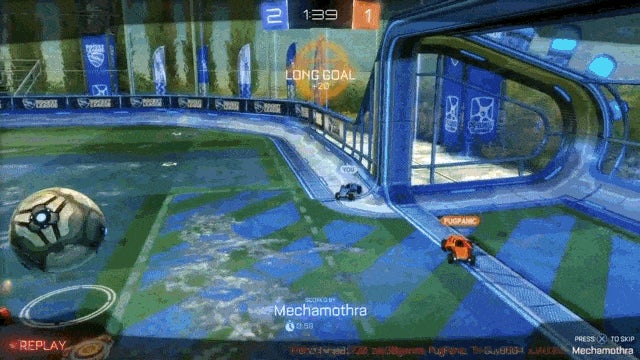 It also helps when the other team does the job for you. If your opponents nudge the ball into the goal, the last person to have touched the ball gets credit for it. I'll take it! 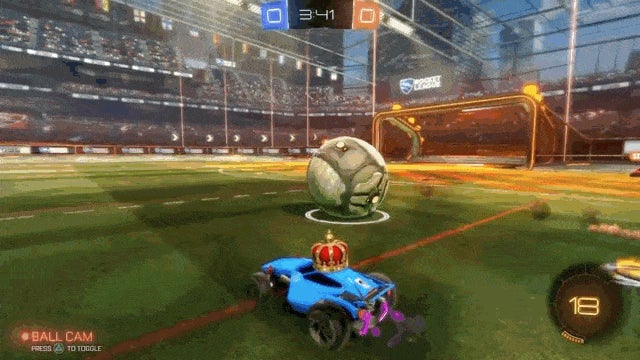 Other times, there's no other explanation: I'm the best Rocket League player that ever was. 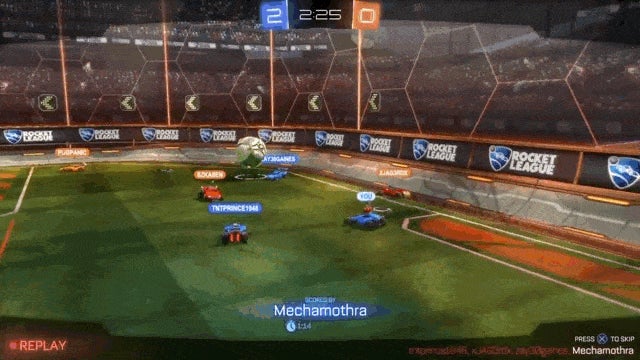 Anaaaaaand then there are the other other times where the game credits you with a goal you didn't even realise you were going for. Am I gonna turn down those free points? Hell no. 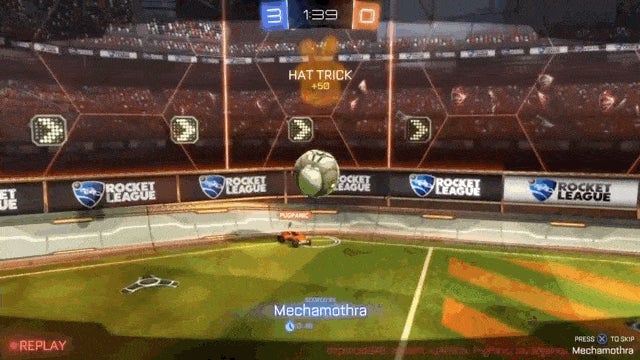 Yes, that's my car flying uncontrollably to the right at the end there. It still went in!

Rocket League is so good. You should be playing it.