Sega's Transformers Arcade Game Is A Spinning Vortex Of Death 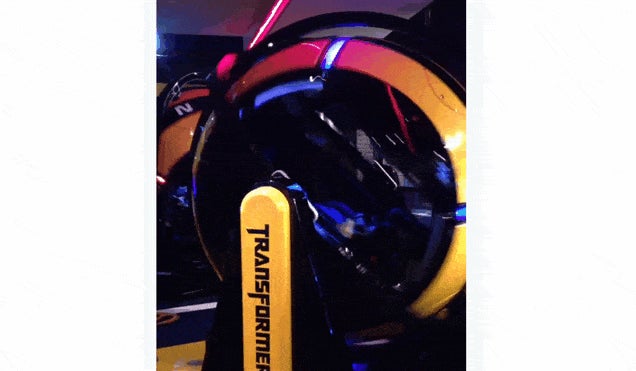 Transformers: Human Alliance was an OK arcade shooter that came out a couple of years ago. It was a pretty standard lightgun affair. This new special edition of the game, only available in Japanese arcades, is anything but standard.

As Arcade Heroes reports, it looks to be mostly the same software experience, but the cabinet housing it has been upgraded by Sega to be a 360-degree spinning machine of death, big enough to house two players. The plastic guns have also been swapped out by a two-joystick control scheme.

Which, whatever, it's fine. But tell me you wouldn't drop some Yen to move around like this.