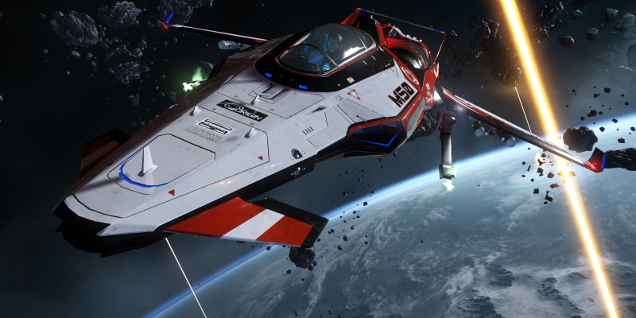 Star Citizen — the crowdfunded space game that's pulled in $US85 million and counting — has been making progress in small steps, not giant leaps. Fans are starting to get worried. Recently, creator Chris Roberts tried to assuage their fears.

Star Citizen has inspired a degree of scepticism since day one, given that it's one of the most ambitious games ever proposed. However, a recent delay to its first-person shooter module — which would have let backers try out FPS functionality long before the game's full release — busted the dam on a new wave of worry. Some fans voiced anxiety over how it seemed like new pie-in-the-stars features were taking precedence over actually releasing something.

Addressing those topics in a post on Star Citizen's website, Roberts wrote that, yes, Star Citizen's scope has expanded significantly since its first crowdfunding drive back in 2012. But he set out to make one of the most ambitious games ever, and what's the point of that if you're not going as big and grandiose as you possibly can? He wrote:

"Star Citizen matters BECAUSE it is big, because it is a bold dream. It is something everyone else is scared to try. You didn't back Star Citizen because you want what you've seen before. You're here and reading this because we are willing to go big, to do the things that terrify publishers. You've trusted us with your money so we can build a game, not line our pockets. And we sure as hell didn't run this campaign so we could put that money in the bank, guarantee ourselves a profit and turn out some flimsy replica of a game I've made before. You went all in supporting us and we've gone all in making the game. Is Star Citizen today a bigger goal than I imagined in 2012? Absolutely. Is that a bad thing? Absolutely not: it's the whole damn point."

He added, however, that the team isn't doing stretch goals anymore, and that they have got a road map of modules to release and improve upon ahead of knitting everything together with the long-awaited persistent universe.

"Star Marine, which will be available shortly, is the module for backers to experience and give their feedback on the First Person Shooting component of the game. Not long after that we will be releasing the next level of Arena Commander, allowing players with bigger ships to fly them with friends, on maps that are closer in size to the huge ones you'll have in the final game. Then we're rolling out aspects of the Persistent Universe: first there will be just planet side environments to explore, but not long after you'll be able to transition to space and fly to another destination, and then after that to another system. We have taken this route to allow people to experience and give feedback to make the game better as we build it."

In a recent interview with Gamers Nexus, Roberts said he's hoping to have the previously delayed Star Marine module ready in a few weeks, hopefully in time for the Gamescom conference in Cologne.

Admittedly, Star Marine has slipped before, and Arena Commander slipped quite a bit before it. These things are not set in stone, but in some ways, that's game development for you. However, with Star Citizen, the stakes are clearly higher than usual, given that fans have contributed nearly a hundred million dollars, yet they still only have a few small pieces of the game of their dreams. On top of that, fans are not entirely sure how or when it's all gonna come together.

Is Roberts' ambition admirable? Certainly. Given the opportunity to build the biggest, best game he can imagine, he's going for it on a gigantic scale. But I also can't fault fans for staying sceptical, for wanting to see, play, and know more. I mean, we're talking about a game so huge that it almost seems impossible. It's a double-edged sword. We're all hoping for the best, but fearing the worst.

Kotaku plans to continue closely following the game's development and status, and we'll report what we find.