The PS4's Cloud Save System Is Inadequate 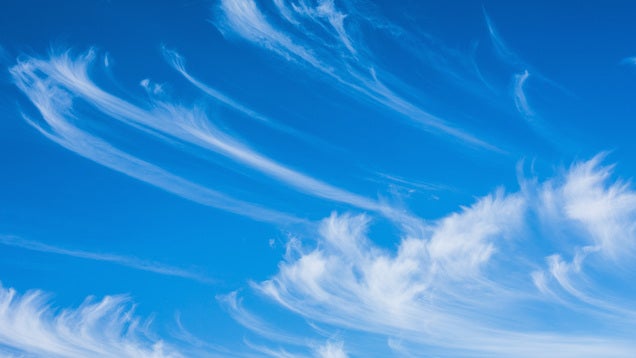 In the comparison between PlayStation 4 and Xbox One, Sony is about as behind in how they handle cloud saves as they are in getting their console to run Halo. It's time for them to close this gap.

The difference is dramatic. While both systems allow users to save game progress to a set of external servers called the cloud, making it easier to resume games on a second console, Microsoft does it in a free, automatic and seemingly unlimited way. Sony does it in an expensive, laborious and stingy way.

This is, perhaps, a niche problem, one that will only bother people who are rich enough to own multiple high-end consoles or charming enough to have friends who will let them visit their homes and resume playing in-progress games there. It's still a big feature gap, and what is the competition between consoles for, other than to have each console embarrass the other into feature parity? (I mean, the Wii U is going to add a free-game subscription program and a 500GB hard drive in order to keep up any day now, right?)

Let's look at this ugly comparison:

You probably shouldn't charge $US50 to offer an inferior version of what the other guy is selling for $US0. Maybe players are OK with that, though. The PS4, after all, can do things the Xbox One doesn't do at all, not even for $US50, like the whole letting-your-friend-take-over-your-game-over-the-Internet thing, which is really cool.

It is, however, indisputable and measurable that Sony's offer of 1GB of space for cloud saves is officially archaic. We are in 2015, the age of the very fun 2D action-adventure game Apotheon and it's amusingly-large, PC-inspired save files: 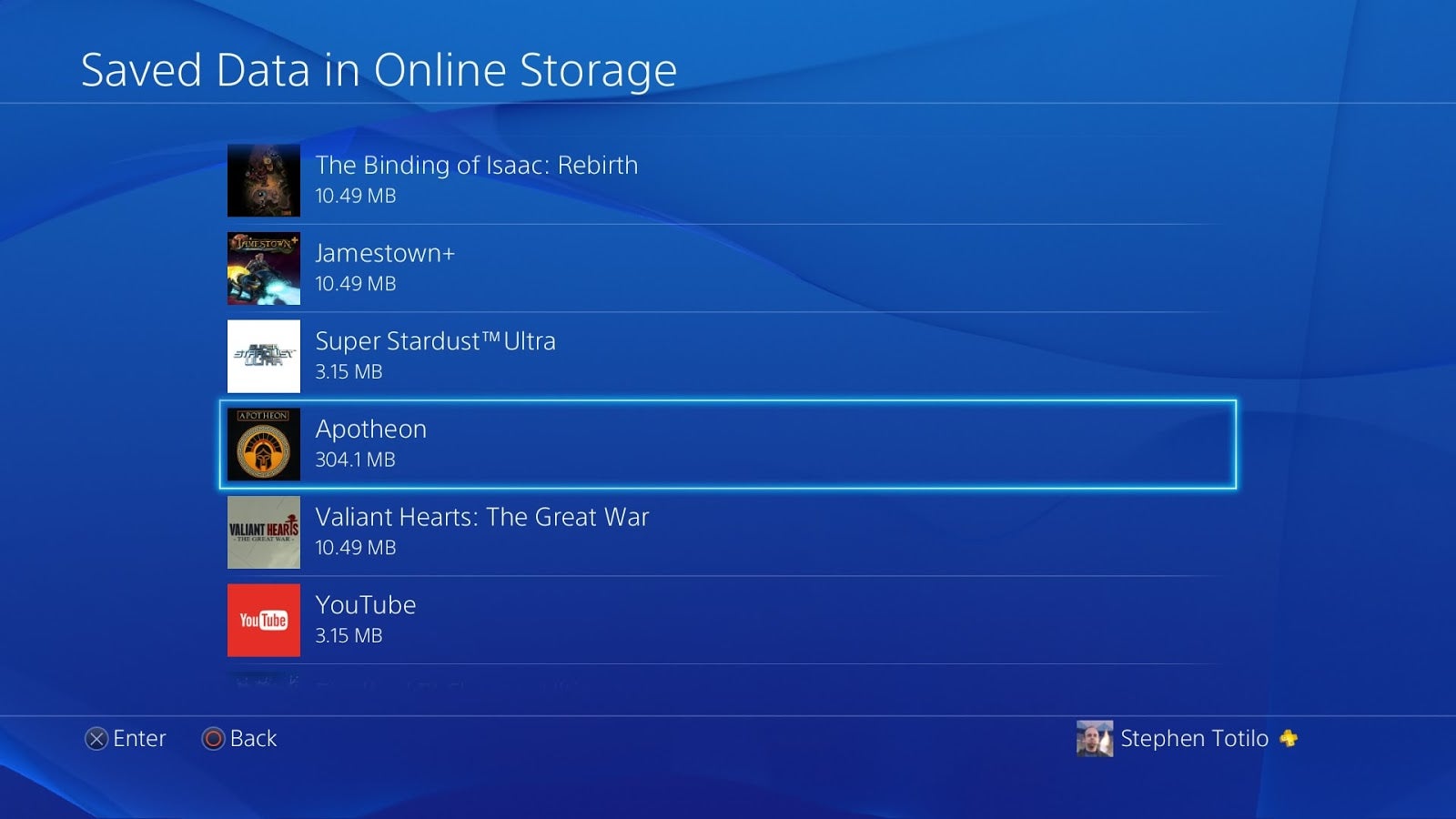 We live in a world where a Rocket League save is over 100MB.

Remember Driveclub? It consumes a 10th of that $US50 cloud storage. 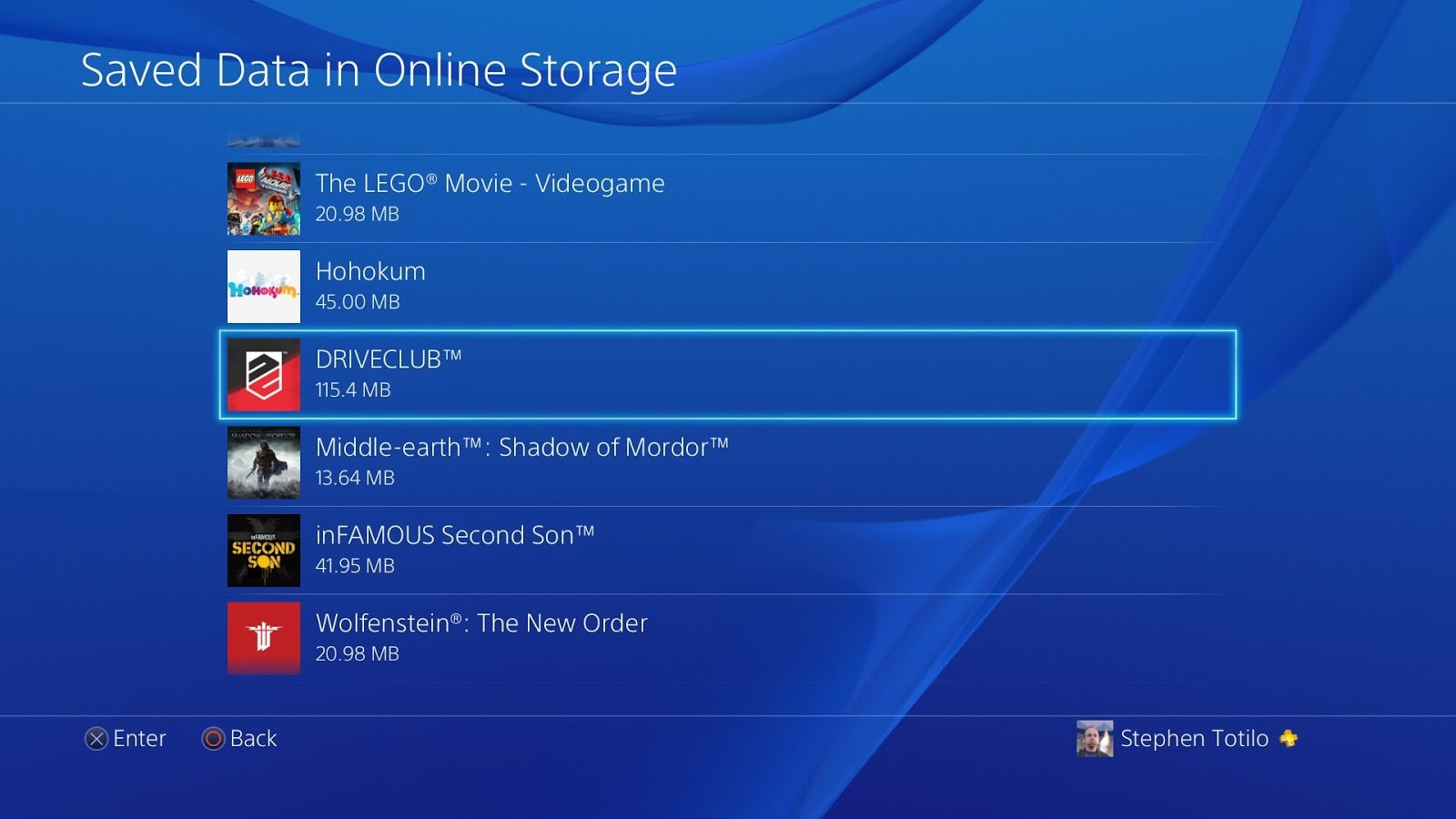 Once your cloud storage is full, you get notified that the system failed to upload your most recent saves. You are informed that you can fix this by deleting save files. You have to delete them manually, with no indication about how much space you actually have.

PS4 owners have complained about this limit for months. Here, for example. Or here. Here, too. Maybe Sony's getting to it. I've asked. A PlayStation rep tells me they have no plans to announce any changes to online storage.

If they ever do plan to address it, though, it's not just the 1GB limit that needs raising, it's the process of managing saves online. The PS4 doesn't display how much online storage you're using and only allows files to be deleted one at a time. Some games generate a save file for each completed mission, so clearing out those is even more tedious.

If you're the person in charge of cloud storage at Sony, you might be surprised this is even an issue. Cloud saves are handy but hardly a thing people talked about a lot even last generation when they were first offered for consoles. Regular syncing of files is pretty nice, too. The problem is that once you let people auto-sync anything they're playing, they're going to use up all their space, especially if games have massive save files. Couple that with a competitor like Microsoft gleefully offering unlimited storage, likely as part of a bigger company strategy to enable cross-device digital game ownership on Xbox One (the original vision, remember) and to position Xbox One as a server-enhanced machine. You wind up with PS4 seeming really behind the times.

This does seem like a pretty easy one to fix, though. Add it to the list, Sony! 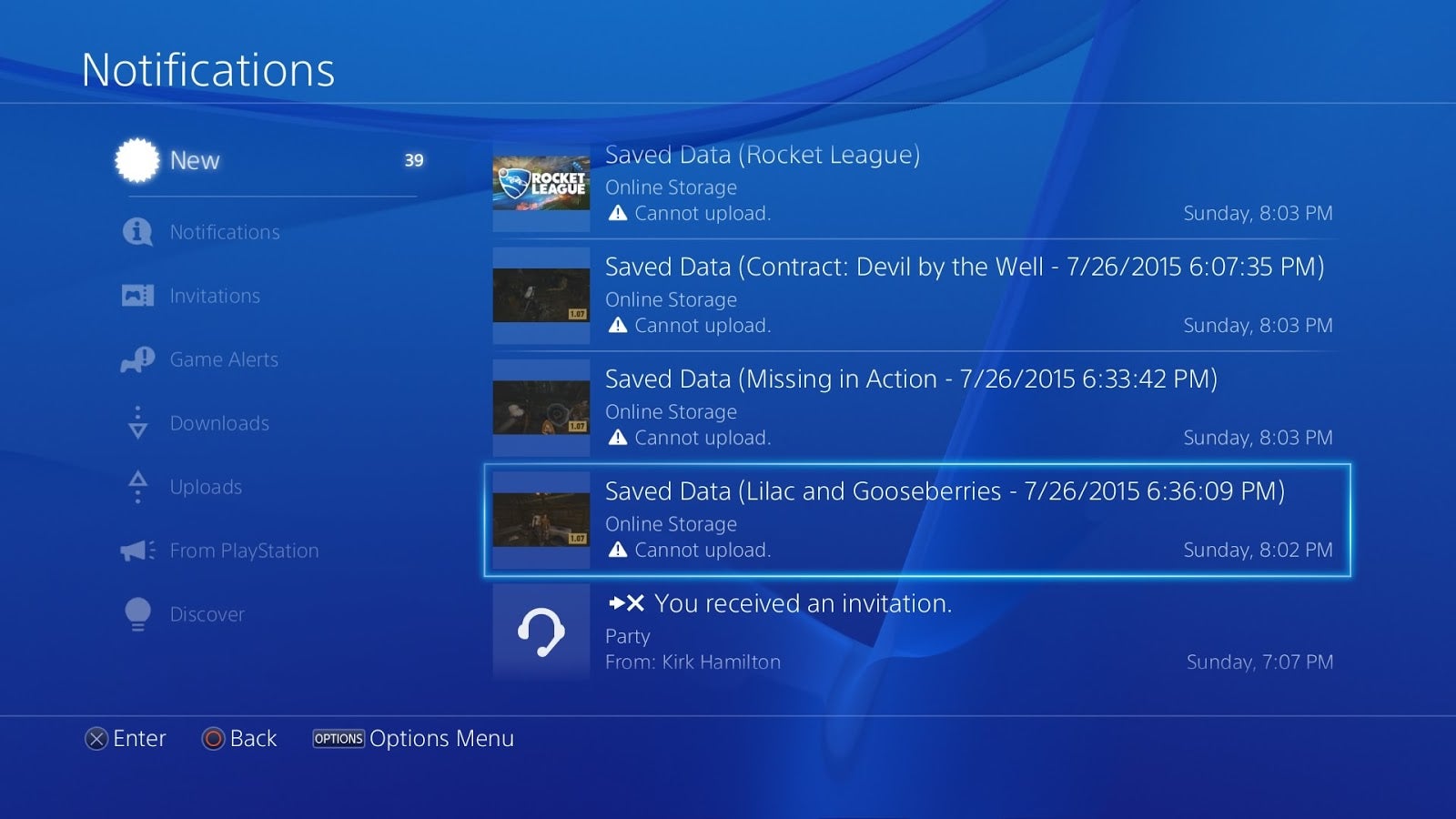