Valve Ended The Steam Summer Sale Game, But Players Are Bringing It Back 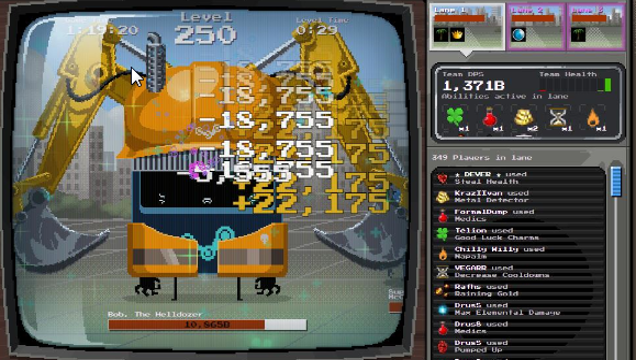 The Steam summer sale Monster Game had thousands of players glued to their seats for a couple weeks. Then it disappeared. Diehard fans, however, are bringing it back.

For those who never gave it a whirl, the Monster Game was large-scale multiplayer game about clicking monsters to death. Since that could describe roughly 40 per cent of all video games ever, let me be more specific: monsters appeared on screen and players sat there repeatedly clicking (or, with the help of certain items, not clicking) until they were dead. It was kinda like Steam the-mouse-is-mightier-than-the-sword sensation Clicker Heroes — just with more people and a chance to win rare Steam badges.

The point? To unlock special deals during the Steam summer sale. It started out kinda broken, but once the issues cleared up, it was a hit. Once the sale ended, so did the game. It's a little mystifying, then, to see people working 'round the clock to excavate the bones of something intrinsically tied to a dead event, but some people really liked the Monster Game, simple though it was. Others really liked the community it created. http://steamed.kotaku.com/too-bad-steam-...

When I asked members of the first big restoration project to make its presence known if community was a motivator for them, they said that was definitely part of it. Mostly, though, they're just doing it because, well, why not?

"There's no real reason why we're doing this. Just for fun really. It's a good learning experience," said xPaw, a programmer who also works on unofficial Steam tracker SteamDB. "As for the appeal, people play cookie clickers too, and there's no real appeal to play them either."

Players, however, couldn't care less about the reason, as long as they get their precious game and community back. Some are treating this like The Second Coming, and if we're getting technical about it, it is a second coming of a sort. An early server test attracted nearly a thousand players, a pretty promising start all things considered.

According to xPaw, the process of cloning the game and giving it a second life wasn't all that complicated. "It was relatively simple to rip the assets since it's a browser game, and everything the game needs can be easily accessed and downloaded," he explained. "It's fairly trivial to rebuild the server component as Valve exposed their tuning data (config for upgrades/ability prices, enemy healths/dps/gold drops, etc) and protobuf structure."

The only wrinkle? The restoration team doesn't technically have Valve's approval, but so far, they don't have the Monster Game mothership's disapproval either. They reached out to Valve and got no response one way or the other, a sentence akin to "they inhaled and found air" or "they got hit with a bag of rocks and found it somewhat unpleasant" in its reliability.

Given that Valve has let people sell entire games based on their properties for real money, it seems unlikely that they will put the kibosh on this. Ideally, then, the restoration team is hoping to not only revive the Monster Game, but also to improve it. 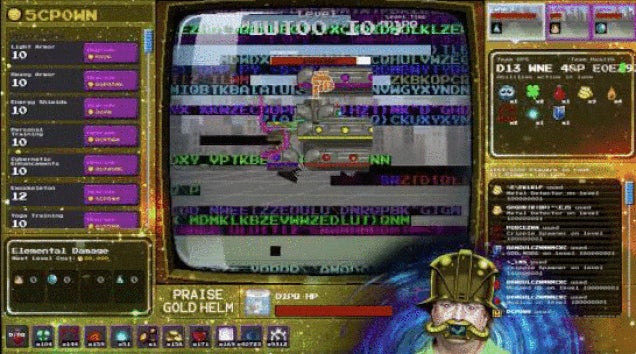 "Right now we want to polish all the bugs and performance bottlenecks we currently have," said xPaw. "We did already fix some issues with Valve's client side code. And we are indeed looking into how to make this game much more enjoyable. People posted some interesting ideas on Reddit which we will look into."

If you're worried they might upset the delicate ecosystem of a game about clicking on monsters until they die, you can rest easy. They are not, for instance, blocking third-party automation software — a summer sale Monster Game staple — or anything like that. Whether you consider it cheating or ingenuity that allows people to coordinate on levels that would make our clumsy sausage fingers weep greasy tears, it's an intrinsic part of the culture surrounding the game. It's not going anywhere.http://steamed.kotaku.com/valve-sees-pla...

That does raise a troubling question, though: what exactly was the Steam summer sale Monster Game? Was it a game, or was it a game plus the circumstances surrounding it? What did people actually like about it, and will people continue to like it now, even after the sale and all the associated excitement — the new car smell, so to speak — has faded away? The community, after all, was racing for the duration of the sale — racing to coordinate and top their scores each day, racing to unlock badges, racing to improve automation software and strategies — all as a clock ticked down to the bittersweet end. The wanted to beat and break the game before time ran out. 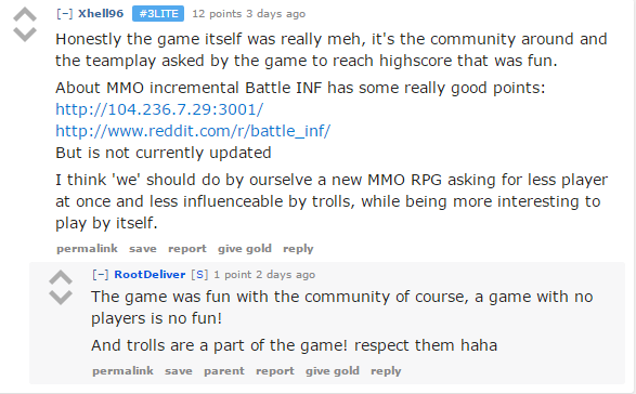 Now they have infinite time and a mostly beaten game. Will the appeal still be there? Or did the ephemeral nature of it — the knowledge that this game and community were temporary — lead people to give it their all, create a better experience for everyone involved? Some players feel like it was definitely a case of the latter, and they're devising new ways to keep things fresh for a game that, by most accounts, has already been "solved".

Time will tell how it all pans out. For now, though, people want to get their Monster Game fix, badly. Just before I started writing this piece, I stumbled across another Monster Game revival effort, this one playable right now. So people are enthusiastic. Enthusiasm may not be everything, but it counts for an awful lot. At least, until it runs out.