World Of Warcraft's PvP Is Getting A Big Change 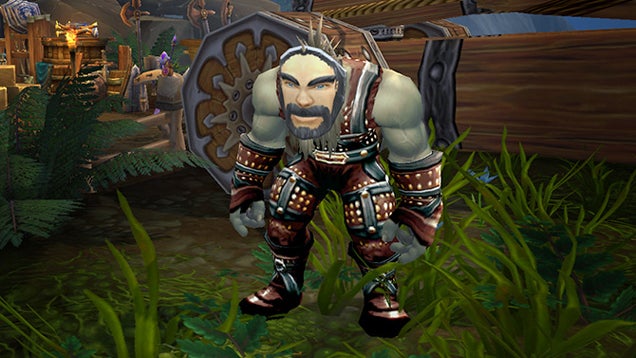 Doing all the Tanaan Jungle dailies and raiding Hellfire Citadel are pretty fun in Warlords of Draenor, but even after patch 6.2, there's one thing that's just not shaping up as intended: the large PvP island Ashran. In an upcoming patch, a new feature called "Mercenary Mode" that allows players to join the battle for the opposite faction. It might shake things up a bit.

This is actually really good news. PvP is still fun in World of Warcraft, but some maps feel a bit broken, abandoned or unbalanced. There are more than a dozen PvP battlegrounds in the game, so it's not that surprising. However, Ashran, the big new max level zone with really cool level 100 rewards, is one of them. People usually have to wait an hour or so to get in, and when they're finally there, the battle is so unbalanced that it just doesn't worth the wait. Ashran got a few tweaks in patch 6.2, but the queue is still huge. So a change like this might be pretty cool.

Here's what Blizzard shared about this new feature and how it will work:

In an upcoming patch, we'll be adding a feature that allows you to act as a mercenary for the opposite faction in PvP. Whenever your faction is experiencing a long wait time to get into Ashran or unrated Battlegrounds, agents of the enemy faction will appear in your base in Ashran (Stormshield for the Alliance, Warspear for the Horde). These agents will allow you to enter Ashran or Battlegrounds disguised as an enemy player, and actually fight as the opposite faction.

When you compete as a mercenary, you'll still earn all the same rewards you would have by winning or losing as your own faction (with the exception of faction-specific achievements). You'll also have your race automatically changed into one appropriate for the opposite faction while you're still inside the Battleground or Ashran. Perhaps most importantly, however, you'll experience much shorter queue times, as our matchmaking system will be able to fill up groups much quicker!