Yamada-Kun Is A Hilarious Body-Swapping Rom-Com 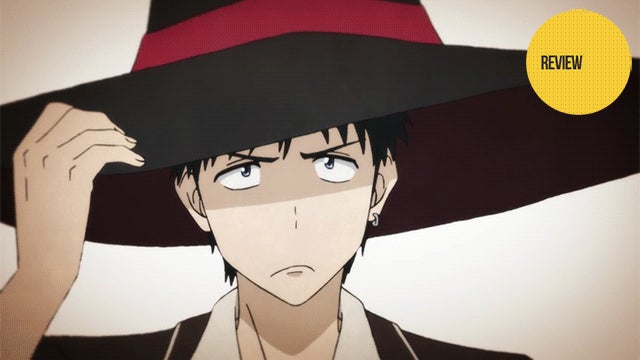 No joke, despite not being on my five must-watch anime list a few months back, Yamada-kun and the 7 Witches turned out to be my favourite of the season.

Yamada-kun and the 7 Witches is the story of Yamada, a friendless juvenile delinquent who one day accidently kisses Shirashi, one of the school's bookish girls and finds himself in her body and her in his. It doesn't take Yamada long to figure out that he can swap bodies with anyone he kisses — but that is really just the start of the adventures his mysterious power set him upon.

The first few episodes of the series are full of comedy stemming from body-swapping hijinks. At first, the adventures are mundane like Yamada swapping with Shirashi whenever he has an important make-up test — something she doesn't mind doing as she likes studying and taking tests and enjoys having a new friend. 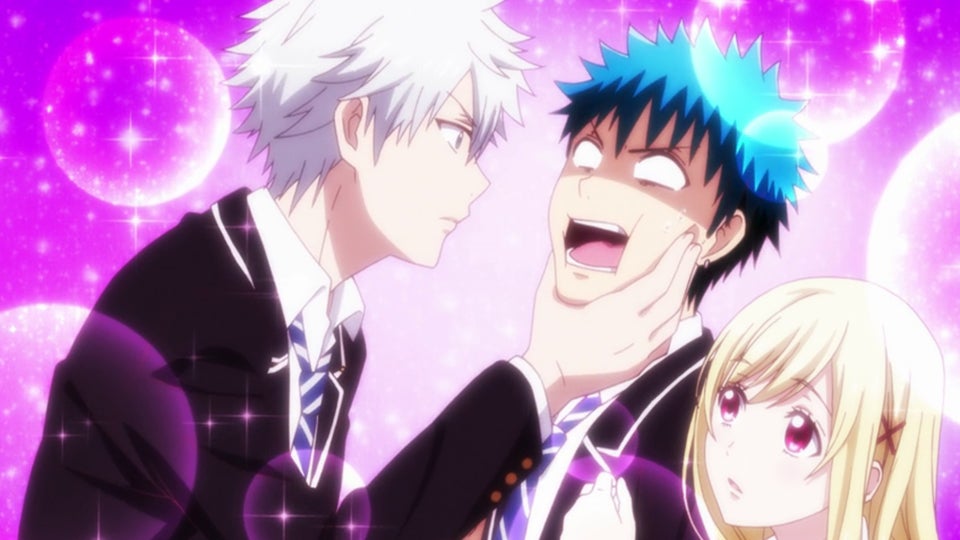 But as more and more people find out about his power, Yamada finds himself kissing both men and women — or having others kiss him to hijack his body for their own devious purposes. Soon there is an entire club (the "Supernatural Studies Club") dedicated to figuring out the limits of his powers — e.g., what happens if he kisses someone while already body swapped, etc. Watching the club members scientifically test how exactly his powers work builds a well-thought — out fictional magic system and preps the stage for what comes next.

As the series nears its mid-point, Yamada discovers that he is far from the only person with a magic power: there are seven witches at his school, each with a different kiss-activated power. Moreover, his power may be far different from what everyone first assumed. So he and the club begin to track these other witches down and find out what their powers are. 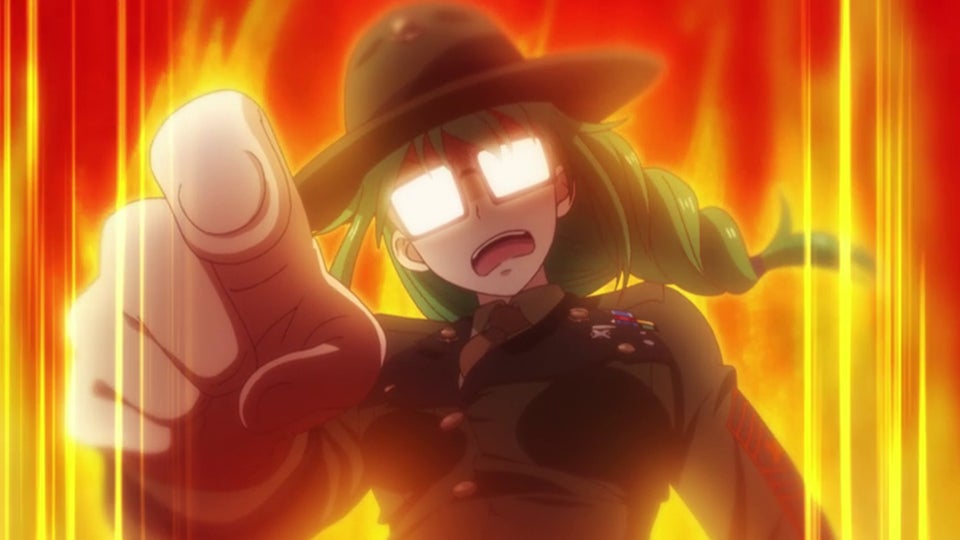 What makes the witches interesting is the relationship between their personalities/backstories and their powers. Each of the girls starts in a particularly bad place mentally and wishes to overcome a personal deficiency in her life. For example, a girl who wishes she could express herself more freely and say what she thinks may get the telepathy power, allowing her to do just that. Thus, the girls' tragic histories and powers are intertwined — making each character a mystery to be solved. And often in discovering what makes each witch tick, Yamada and the club help the witches overcome their various shortcomings. 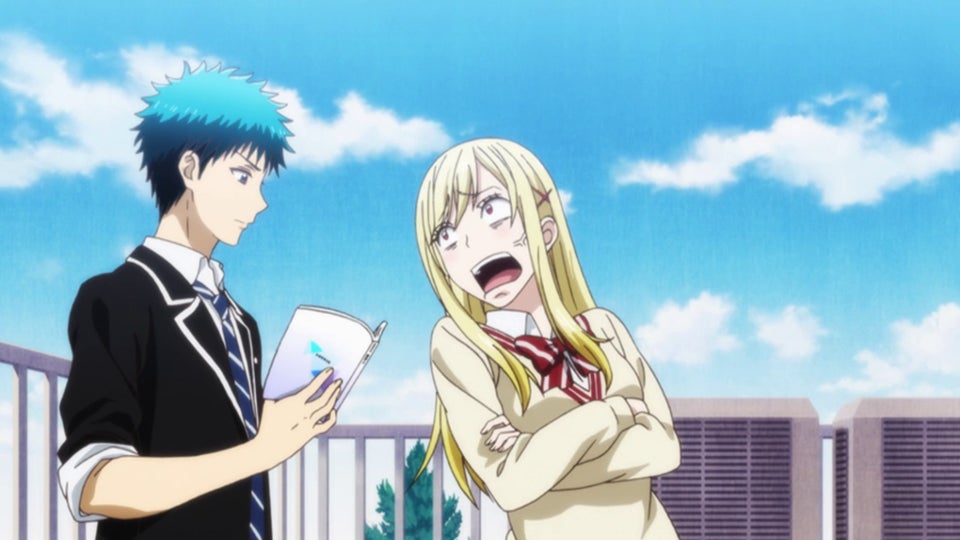 One of the highpoints of Yamada-kun and the 7 Witches is its voice actors. In an anime full of body-swapping, it is always clear who is in whose body by the way they talk. The voice actors do a great job in matching each character's tone and vocal inflections regardless of who is voicing which character. Yamada and Shirashi's voice actors are particularly outstanding in this regard as they spend more time than any of the other actors playing the various different roles. 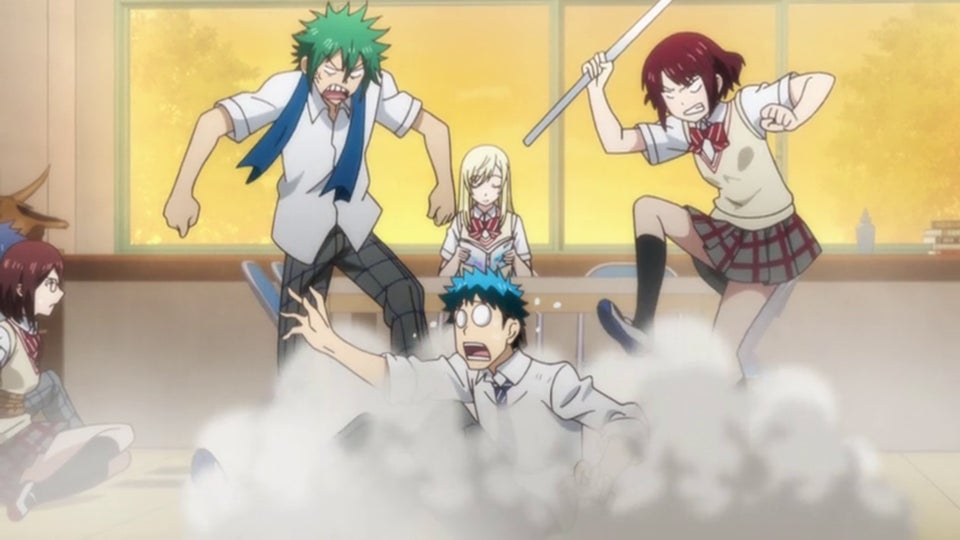 As a fantasy rom-com, romance is naturally a large part of the story by the end. However, in the early chapters it is almost an anti-romance as many of the typical rom-com tropes are used for comedy instead of drama. Shirashi, for example, never becomes jealous of Yamada kissing the other characters, nor does she particularly mind lending her body to the club's schemes — after all, she can study in any person's body. In this way, a set-up that would cause a dramatic misunderstanding in most anime becomes a joke because of Shirashi's complete indifference to the situation.

In the later chapters the romance gets more typical as a clear love triangle is set up along with the looming climax. But even in the final resolution, the writers can't resist throwing in an anti-romantic twist on a romantic moment. 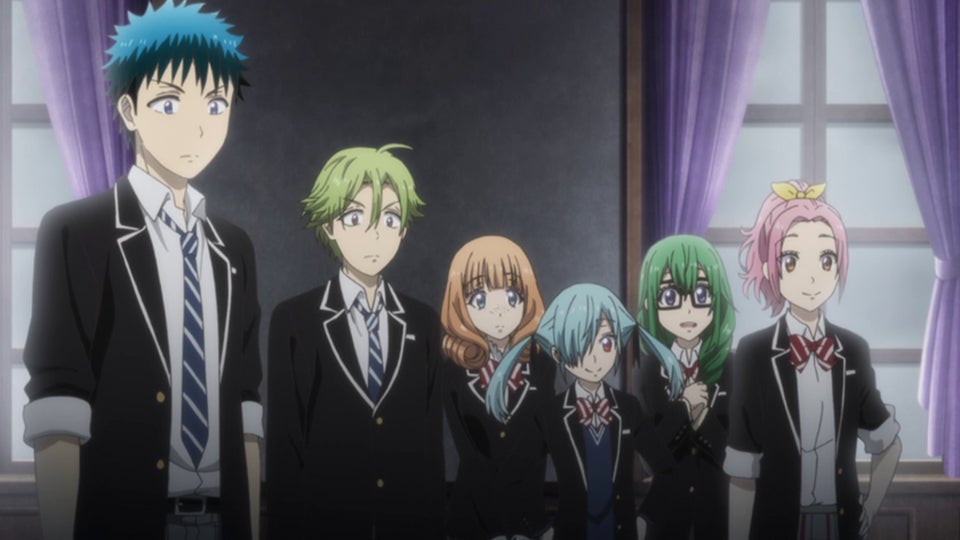 Another of the anime's strengths is its great pace. Yamada-kun and the 7 Witches tells a complete story in its 12-episode run. The first few episodes focus on setting up the world and characters; the next few give each witch an episode or two to explore her powers and backstory. Then the final few episodes deal with the seventh witch and the overall mystery of the seven magical girls.

A positive side effect of this is that the story has no time to stop and languish in masochistic cliché rom-com drama. Plot points and misunderstandings that could be milked for easy drama across several episodes are resolved quickly — and usually with the characters acting like rational human beings instead of walking character tropes.

The series is not quite perfect, however. It ends on a bit of an anticlimax with the heroes defeating the villain passively and on accident rather than by any plan or conscious action on their part. There are also more than a few major questions that are set up and are never resolved like why the powers exist in the first place or how Yamada's special power fits in with those of the witches. But these amount to a small pile of gripes in a great overall tale. 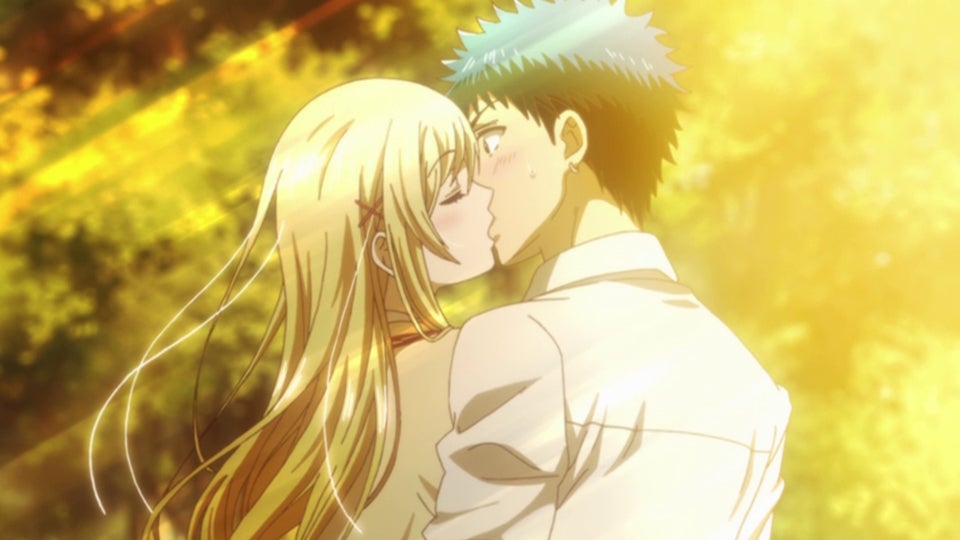 Yamada-kun and the 7 Witches does nearly everything right. It has interesting characters, a fun and distinctly unique rom-com plot, and a well-defined magic system. Best of all, it has a perfect pace where no witch, story arc or dramatic dilemma outstays its welcome. If you're looking for a cute romantic tale but don't want your emotions toyed with mercilessly for countless hours on end, Yamada-kun and the 7 Witches is the anime for you.

Yamada-kun and the 7 Witches aired on Tokyo MX in Japan. It can be watched for free and with English subtitles on Crunchyroll.