Pizza and potato chips washed down with Red Bull may silence that grumbling stomach, but they won’t do your waistline any favours (or your brain, for that matter). Instead, trade in the typical gamer grub with these healthier “snack swaps” that are equally delicious and easy to prepare and eat.

All pictures from Shutterstock

The average gamer’s food choices would make any dietitian faint. In fact, a study published in the American Journal of Clinical Nutrition found that subjects tended to eat more during video game sessions, regardless of hunger cues.

The combination of mindlessly munching on excessive fats, carbs and salt, along with the sedentary nature of gaming, simply does not bode well for your overall health. Now I’m not your mother, but you can at least make a few tweaks to your food choices while gaming.

The tricky part lies in figuring out what to nosh on while pwning noobs online. There are a couple of key considerations for gaming-friendly food. The foods must be:

We’ve briefly touched on this topic before, but the following snack suggestions are designed to replace specific foods. In other words, there’s an alternative for every poison.

Naturally, the same advice can also apply to poker players, Netflix addicts and anyone else whose hobby involves lots of sitting around. Without further ado, let’s hop to it!

Cut-up toasted pita bread is a great substitute for crisps. To make this snacl, cut the bread into triangles, lightly coat them in olive oil, add some spices (salt, garlic powder or parmesan cheese) as desired and then bake them in the oven for 12-15 minutes at 200-degrees Celsius.

Once baked, they assume the wonderfully addictive crunch of potato chips and you can dip them in hummus or mashed avocadoes (or even guacamole if you’ve got the extra fixings) for that next-level flavour.

The chickpeas in hummus provide nutrients and dietary fibre, which helps manage blood cholesterol levels. When you also consider the greater protein content and food volume (as compared to chips), you’ll likely feel more satisfied too. 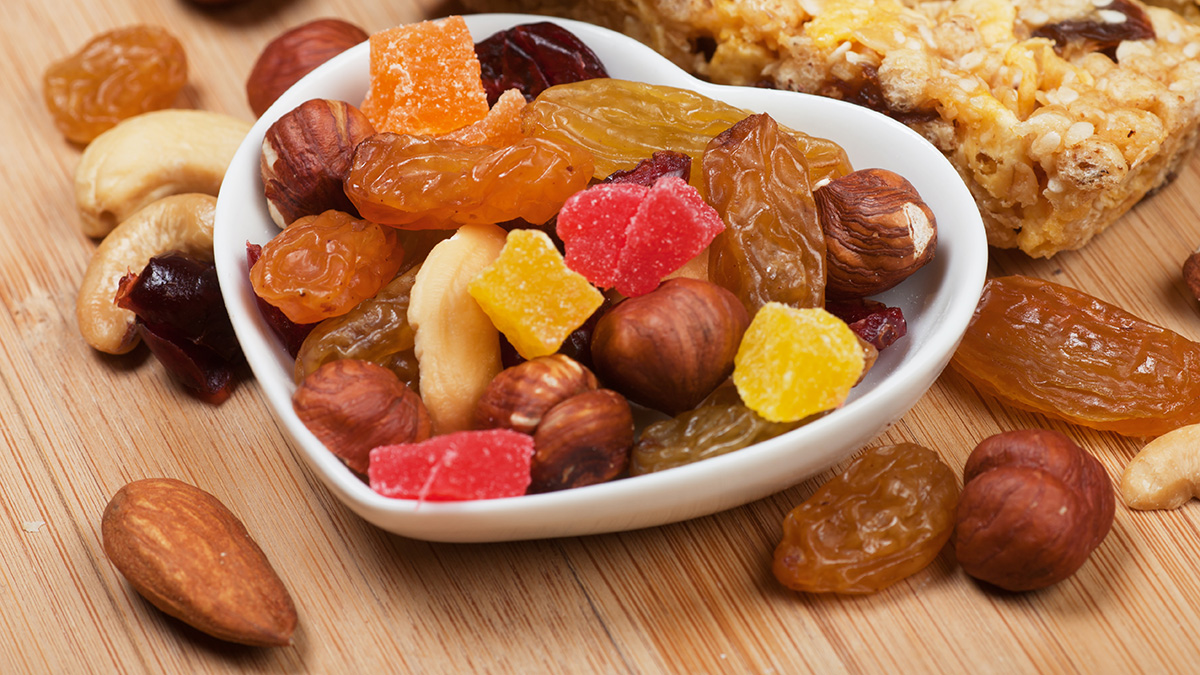 If Cookie Monster has taught us anything, it’s that biscuits taste great. Unfortunately, they offer zero nutritional value and probably cause some frustration when crumbs keep flaking off onto your keyboard or lap.

Opt for mixed nuts with dried fruits like figs, raisins or even dark chocolate chunks to get that sweet and savoury combo. The nuts emulate the slight crunch of cookies and contain a similar fats macronutrient profile, albeit with mono- and polyunsaturated fats. While most nuts appear to promote health, researchers at Tufts University found that walnuts especially can have beneficial effects on brain function and memory due to their higher amounts of omega-3 fatty acids.

And hey, maybe those walnuts will help you remember where that sneaky camper was! 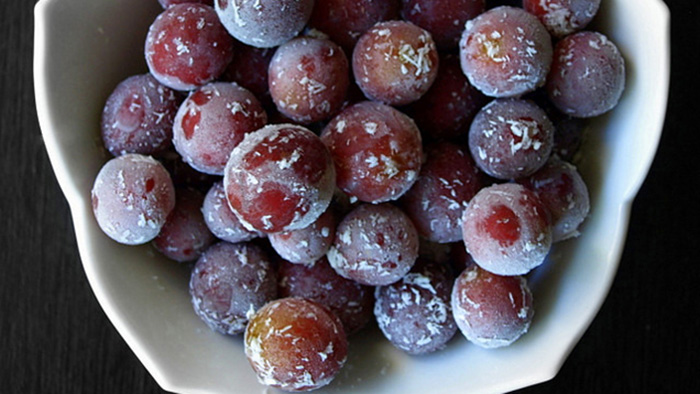 If you’ve never tried frozen grapes, you’re in for a treat. Each itty-bitty fruit-sicle provides a sweet and cooling bite, and they’re super easy to make. Simply throw them into the freezer for at least two hours before game time and you’re ready to rock. Whether you like green, red, or the black variety, all grapes are delicious and are high in antioxidants. If you’re a fan of tartness, go for green grapes which offer the best lip-puckering zing.

Put simply: grapes are a more nutritious and tastier alternative to gummi bears, by far. 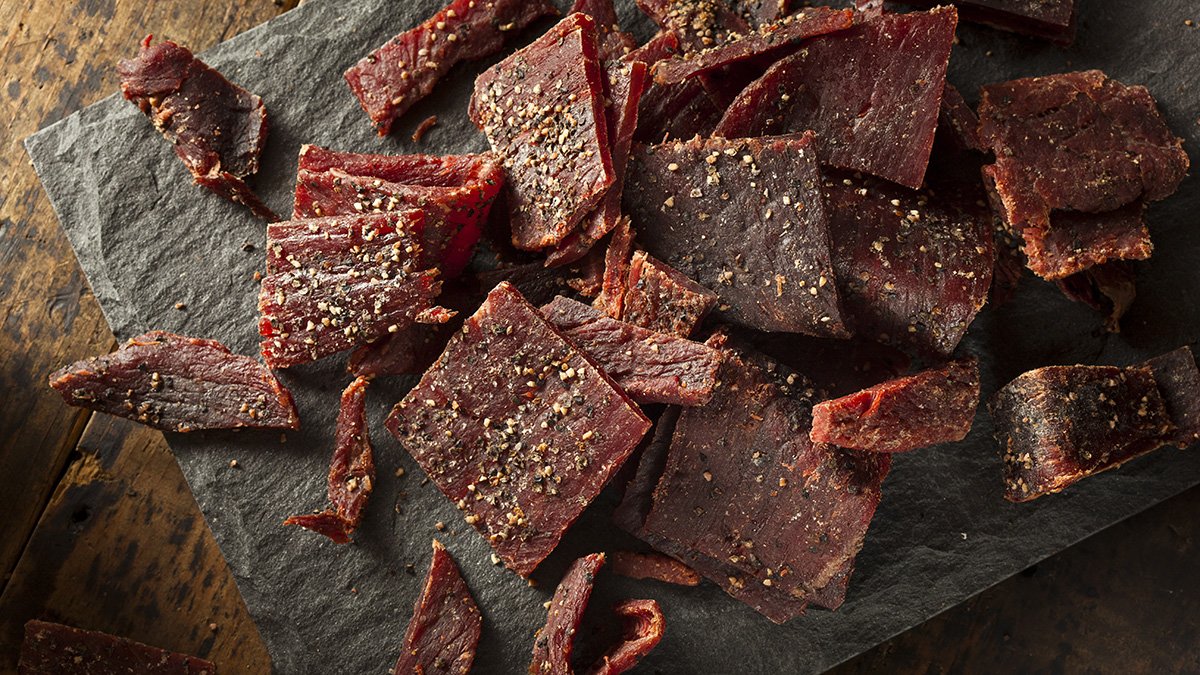 Gooey fake cheese smothered atop tortilla chips is nacho best bet (sorry). In addition to being packed with salt and fat, it’s also rather messy. String cheese and beef jerky are less of a hassle, provide plenty of satisfying protein to keep you feeling full longer and help you power through clutch situations.

If you go the extra mile, you can slightly melt the cheese on a piece of jerky to make the combination a lot more like high-protein nachos. There are lots of good, lean jerky options to choose from, including unconventional meat choices like emu and crocodile. If dried meat isn’t your thing you can also try slicing up cured meat, although it’s best to skip salami because of its high fat-to-protein ratio and questionable protein sources. 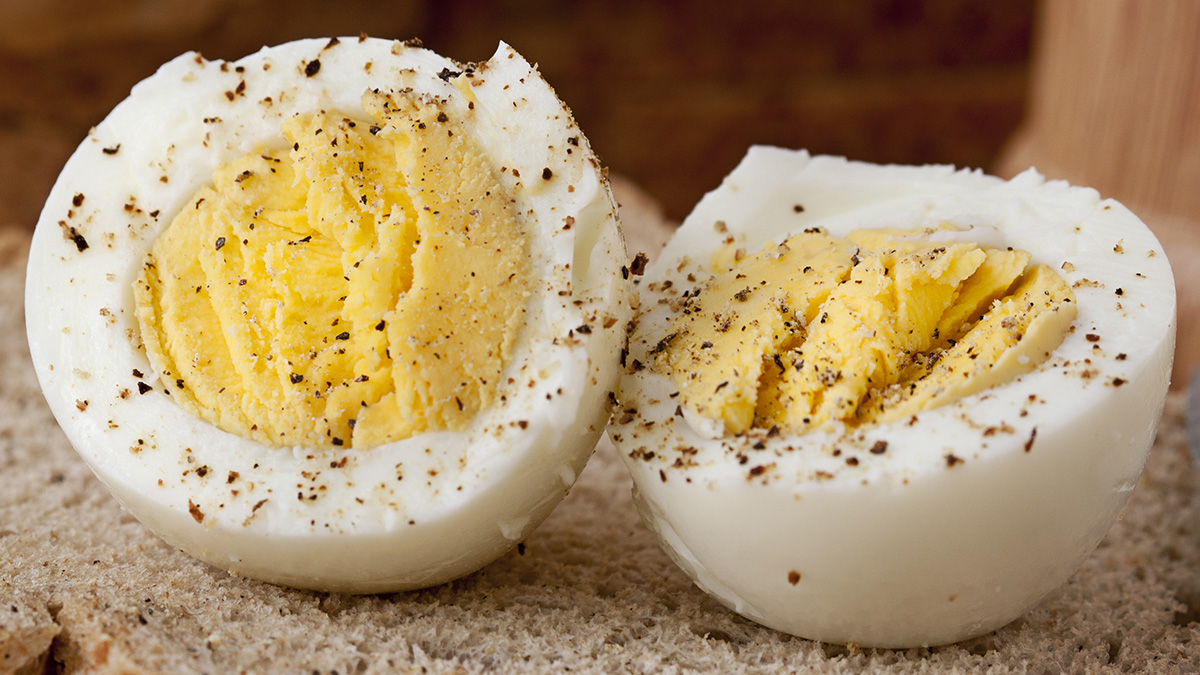 Sausage rolls and other savory pastries aren’t particularly filling, despite being chock-full of fat. For a satisfying snack that can still be eaten with one hand, try hard boiled eggs instead.

Although eggs sometimes get a bad rap, they are generally healthy as long as you don’t suffer from any heart problems. For most people, the dietary cholesterol in egg yolks can actually be beneficial. It contains tons of vitamins, and choline, an essential nutrient in the production of acetylcholine: a neurotransmitter involved in memory and overall brain function.

Simply boil a batch before your gaming session and spend a couple of minutes peeling them to have these at the ready. You can spice up the flavour by adding your favourite seasonings — a dash of salt, a little pepper or smoked paprika. Alternatively, try dunking them in marinara or my personal favourite, Sriracha sauce. The beauty is that they are as versatile as they are economical in calories, when compared to a sausage roll. 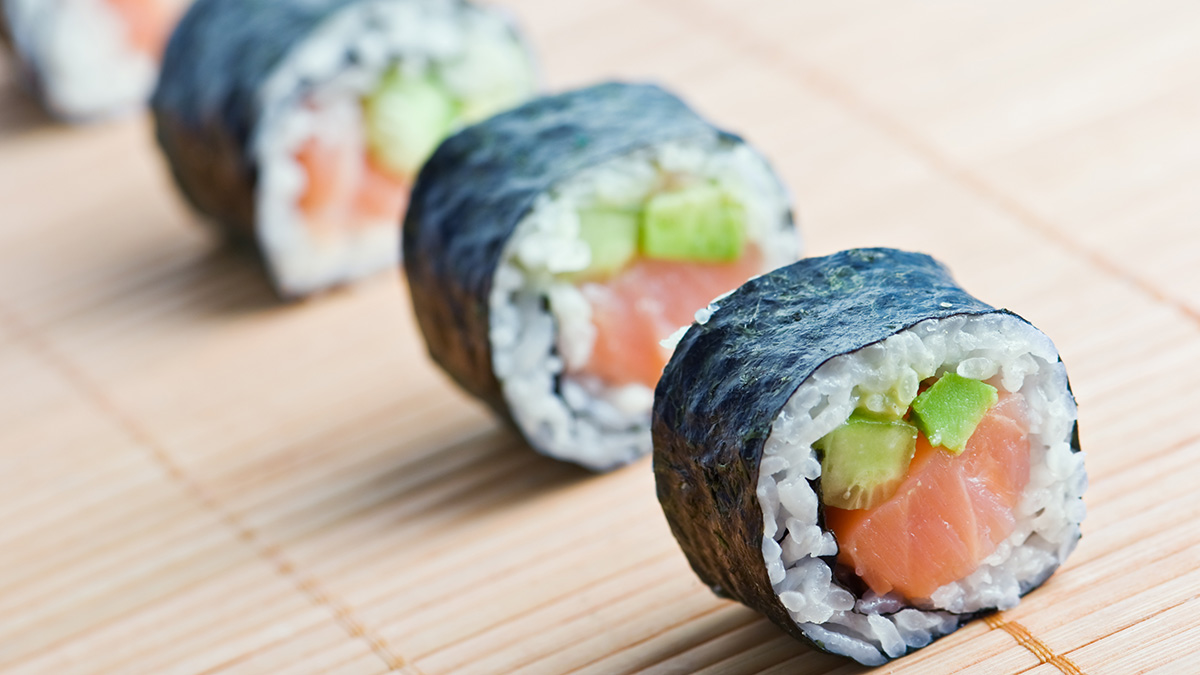 Part of the appeal of pizza is that you can eat a slice with one hand right? Well, you can also eat sushi with one hand. What a coincidence.

Japanese cuisine may not be for everyone, but for the adventurous type sushi is a clear winner, especially if you dig salmon rolls. Salmon contains high levels of omega-3 fatty acids eicosapentaenoic acid (EPA) and docosahexaenoic acid (DHA). DHA has been shown to help motor skills and even cognition-related conditions like ADHD and depression, probably due to the effect of omega-3 fats on neurotransmitters such as serotonin and dopamine that regulate mood.

Not a fan of salmon or raw fish? There are always cooked sushi rolls. Sushi comes in more flavours and styles than you can shake a joystick at. Explore the menu of the local takeout sushi joint and see what’ll tickle your palate and would keep well if you were to leave it out during intense marathon gaming sessions. You can also quickly make your own with boiled rice, smoked salmon and an ice cube tray. We all know soft drink isn’t good for you for a number of reasons, including the fact too much sugar can lead to liver toxicity, soft drinks decay teeth and studies indicate that even diet soft drink can increase your risk of a heart attack. If you’re chugging thus stuff like water, you clearly need an alternative fizz fix.

Fruit juices like apple and orange have more calories per millilitre than soft drink, but tossing a splash of 100 per cent juice into some sparkling water keeps the calorie count low and still maintains a perky sweetness. It’s also carbonated, so it closely matches the consistency of soft drink. For a dash of caffeine, try mixing one part iced tea with one part diet lemonade.

If you don’t want to give up soft drink completely but hate the taste of diet, we recommend experimenting with “mid-calorie” varieties which supplement sugar with natural sweeteners. Coke Life is a particularly tasty example — it uses a concoction made from stevia leaves that closely resembles Coke’s regular taste profile. Pepsi also sells its own stevia version, dubbed Pepsi Next. 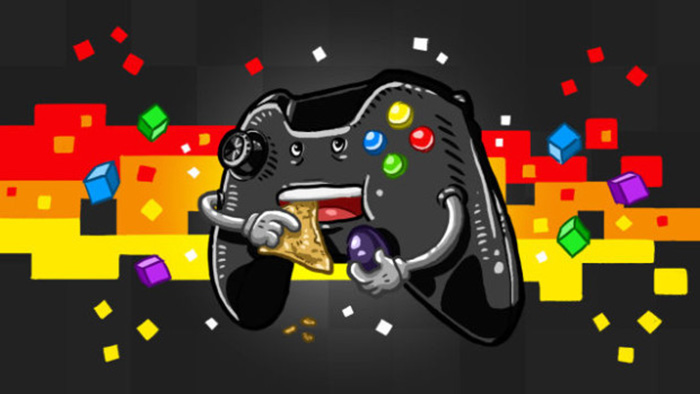 While any of these foods are healthier alternatives to your traditional snacks, they can be just as calorie dense, depending on what you get and how much you eat. Eat more kilojoules than you use in a day, and you will just counteract weight loss efforts even if the foods are generally healthier for you. As with all foods, you must still practice sensible eating habits — and while you’re at it, get off the couch once in awhile.