Inscryption Is The Next Game From Pony Island Creator Daniel Mullins

Hong Kong Gets Its First All-Female League Of Legends Team

Professional gaming is continuing to take off in Asia, with Hong Kong celebrating the formation of its first professional all-female League of Legends team.

They’re called Girls HK and they’re the latest League of Legends team to be sponsored by peripherals manufacturer Logitech.

The South China Morning Post profiled the team this week ahead of their exhibition match with Logi-A Team, a Taiwanese all-female squad. The two are going to square off at the E-Sport Festival later this month.

Matches for the E-Sport Festival have been running throughout for League of Legends, Hearthstone, FIFA and Counter-Strike according to the festival’s Facebook page. Girls HK has also already faced off against Flashwolves Girls in a previous exhibition match, something the team hopes will help drum up more interest in professional gaming from women. 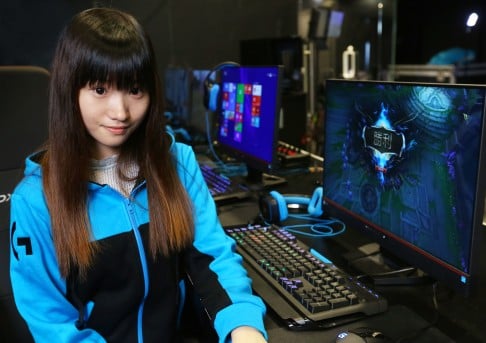 Cyber Games Arena founder Sam Wan admitted to the South China Morning Post that the girls were not full-time professionals yet, with the competitive element of eSports in Asia — much like the rest of the world — predominantly an all-male affair. That said, it’s not unusual for many chasing the eSports dream to do so while studying or working full or part-time.