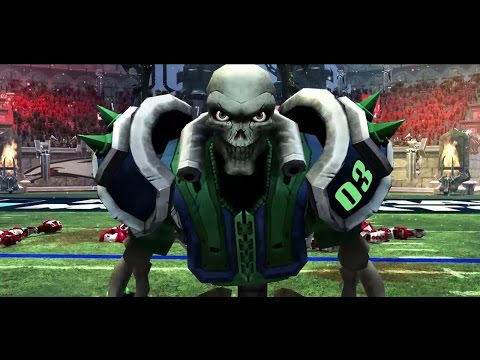 If you like turn-based football that’s truly brutal, that’s OK: Blood Bowl 2 is coming out in September. And if you want a faster-pace, Madden-esque take on things, then Mutant Football League has you covered.

Mutant Football League isn’t a new title — it was originally made by EA for the Sega Genesis back in 1993. Back then it was a top-down take on American football that shared more than a few parallels with Blood Bowl.

The playing field is riddled with traps, with players often getting injured and occasionally dying during the course of play. If a team suffers enough fatalities, they’ll be forced to forfeit, although nobody gets penalised if you accidentally kill the ref.

As for the basics, it’s a 7 versus 7 affair with support for up to four players online or offline. Over 30 teams are being targeted for release, with some light RPG mechanics for those who want to customise their teams or work their way through the 13-round (plus playoffs) season mode.

Digital Dreams Entertainment and Michael Mendheim, the lead designer on the Genesis game, are responsible for the modern MFL remake. They’re only showing off pre-alpha footage at the moment and the game isn’t due out until 2016 on PC, with a PS4 and Xbox One release to follow.

If you’re at PAX Prime, you can check out the game live at Booth 6813.