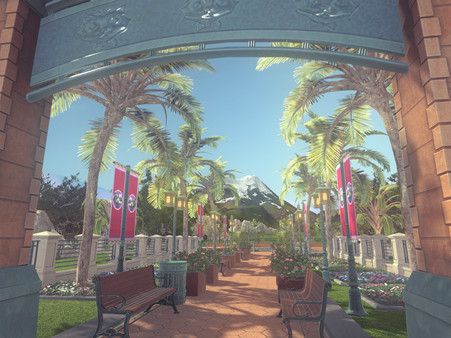 RollerCoaster Tycoon World is coming out later this year, apparently — and it still looks awful.

It’s easy to forget that amongst everything being released in the last half of this year, a sequel to the RollerCoaster Tycoon series — no, not the spiritual successor the Elite: Dangerous developers announced during the PC Gaming Show at E3 — is coming as well.

Problem is, it looks horrendous.

The project has been maligned from the start ever since Atari announced it alongside RollerCoaster Tycoon 4 Mobile. Handballing the development from Pipeworks Software to Area 52 Games and then to Nvizzio Creations — without explaining why the project was passed along in the first place — certainly didn’t help.

Adding more fuel to the fire was the fact that RCT World was originally due to come out early this year, but that date passed by like a fart in the wind. The Steam page now, which has been updated with the minimum PC specifications, gameplay information and the news that a SteamOS and Linux port is on the way, claims the game is being released in the final quarter of this year.

Which still seems like rubbish to me. For one, look at the screenshots. They’re all at that awful 4:3 aspect ratio, a legacy of the last decade. At the time of writing, only two of the screenshots are actually viewable. The project is so off the rails that even the Steam page doesn’t work properly.

Unfortunately our site automatically rescales images so you don’t get the black bars, meaning that our automated software is so far more efficient than the three developers Atari has paid to trash the image of this classic franchise. Even if the other screenshots were clickable, it wouldn’t matter because if you look closely the screenshots are exactly the same.

The last trailer, published in March, is depressing. The textures and models would have looked ugly next to Startopia. There even appears to be a problem with the frame rate at one point. And those water effects. Dear God.

Could Nvizzio and ATARI make this look any worse? Does anyone have any faith in this project at all? Thankfully Planet Coaster is still being made. Theme Parkitect was successfully crowdfunded last year too, although it doesn’t look like it will match the level of polish Frontier Developments can produce.

RollerCoaster Tycoon World 4 is due out in the last quarter this year on PC, SteamOS and Linux. Probably. Maybe. Doubtfully. Eventually.