And here we were laughing at everyone failing get out of a menu.

After a week that Patrick called a “beautiful disaster”, the maniacs playing Dark Souls via Twitch chat just did something many would never have thought possible: they beat the Asylum Demon. 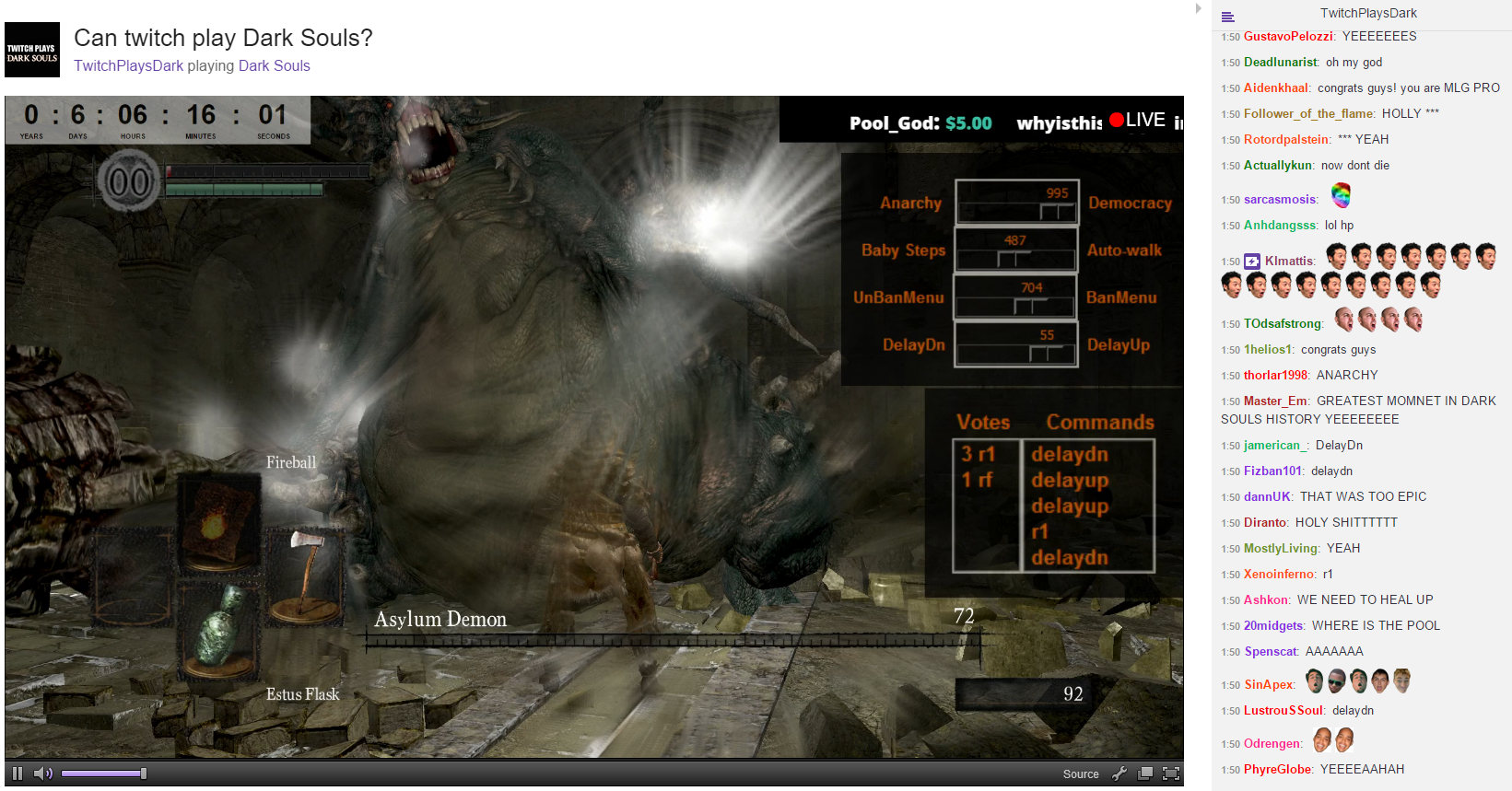 Sure, for regular players he’s just a tutorial obstacle. But for Twitch, stringing together enough hits to bring him down is an achievement for the ages. Those 2000 souls might be the most they can ever pull together.

If you’re wondering how a bunch of randoms sitting around keyboards pulled it off, at certain points they have been slowing the game to allow for a vote on commands, which gave everyone enough time to bring him down.

Here’s a clip of the victory, which also gives us a good look at the command voting system: