twitchtwitch plays dark souls
To sign up for our daily newsletter covering the latest news, features and reviews, head HERE. For a running feed of all our stories, follow us on Twitter HERE. Or you can bookmark the Kotaku Australia homepage to visit whenever you need a news fix.

It took them six weeks, but Gwyn, the Lord of Cinder, has been defeated.

Remember, when Twitch Plays Dark Souls kicked off in mid-August, it wasn’t looking good. They were barely able to stumble into the first boss room, let alone make any significant progress towards slaying the game’s first challenge.

They got stuck in pools and failed to climb ladders.

They continually ran into walls.

After a few days of fumbling around, it was decided to change the rules of the game or call it quits. In some circles, this disqualified Twitch Plays Dark Souls from being a legitimate playthrough; it subverted the way Dark Souls plays. They essentially changed it from a 3D action game into a turn-based affair.

Was it cheating? Sure. Was it the only way for Twitch Plays Dark Souls to move forward? Probably. Does that mean their achievements are meaningless? No.

A little later, they beat the game’s hardest boss, Orstein and Smough. With O&S slaughtered, it seemed a matter of time until they’d actually beat the game.

That time, as it turned out, was on Saturday. 43 days, eight hours, 14 minutes, and 23 seconds after attempting the nearly impossible, Twitch Plays Dark Souls was able to finally say they’d beaten Dark Souls. They only died 904 times, too! 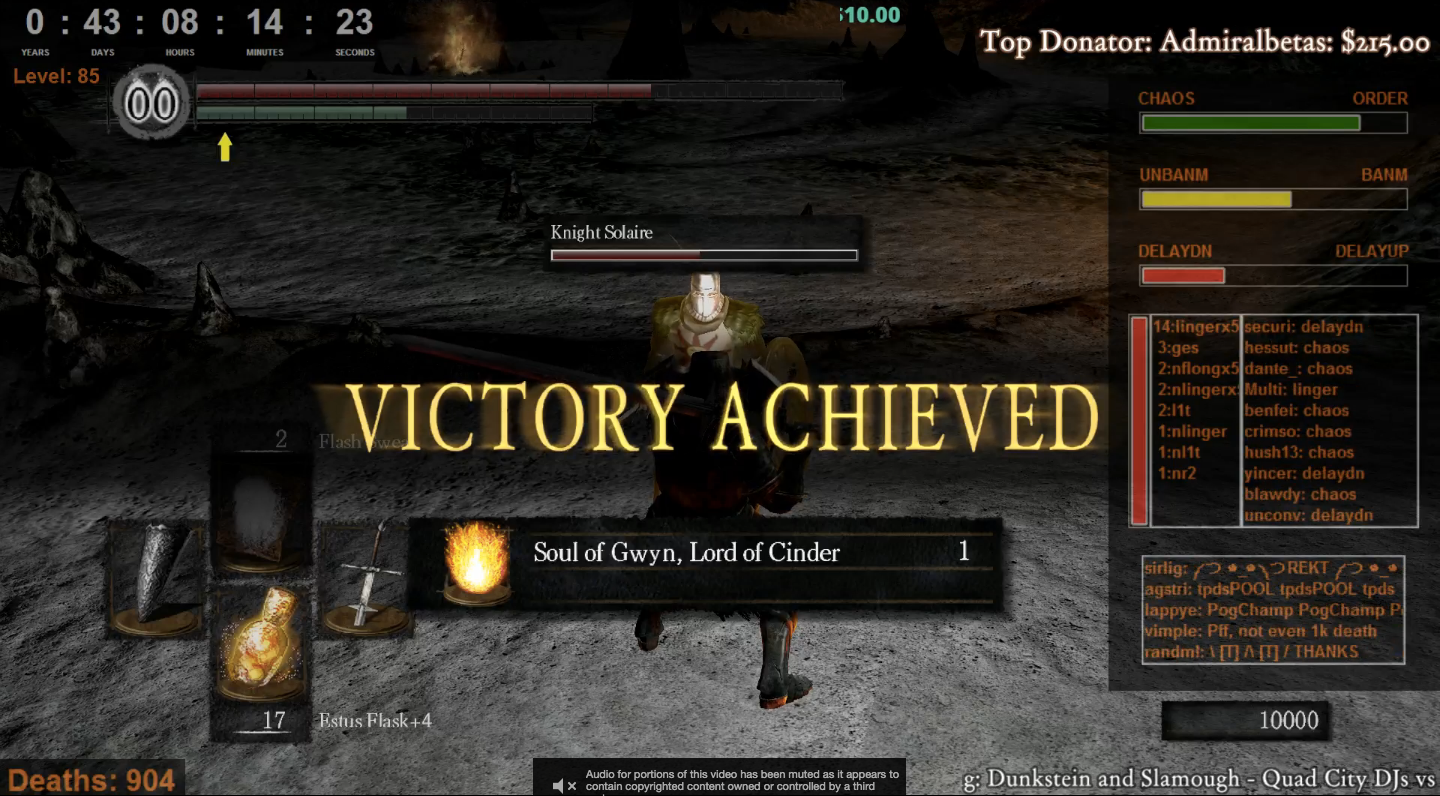 With Dark Souls defeated, they have turned their gaze towards the next challenge, Dark Souls 2. They’re already 12 hours in. Good luck, and praise the sun!