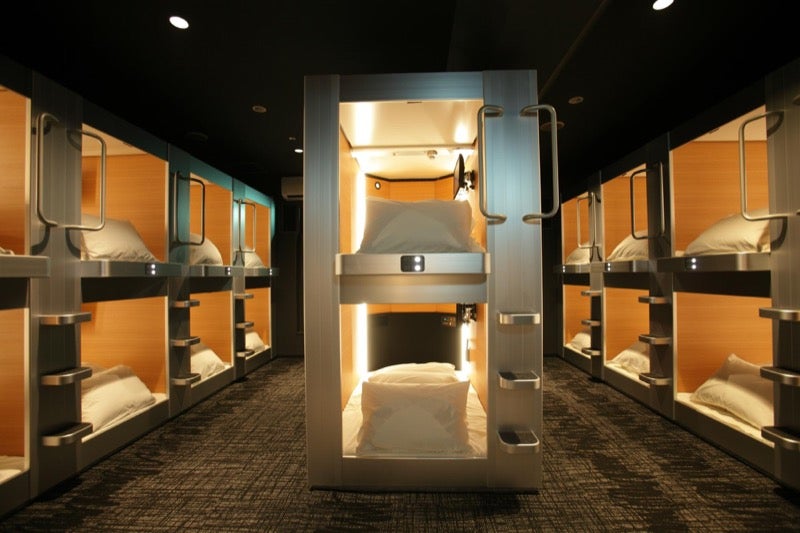 If you are visiting Japan, stay in a capsule hotel. At least for a night. It's part of the experience. And here are some of the coolest-looking capsule hotels the country has to offer.

Previously, Kotaku published a guide to capsule hotels. Now, via Matome Naver, here's a list of some chic capsules.

Recently opened or renovated ones look far more stylish than the capsule hotels from the late '70s and throughout the following decades. Those hotels might look interesting, but they're kind of dated! If you are going to be sleeping in a box, why not sleep in one with modern amenities and one that doesn't have carpet dating from the Reagan administration?

Below, you can see the new capsule hotel decor, with the hotel's name, location, and website should you want to book a stay. 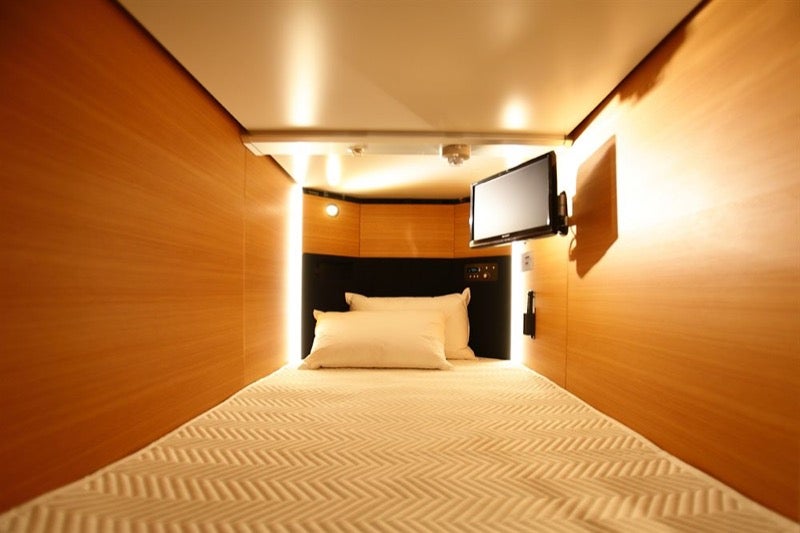 Some capsule hotels serve both men and women (with separate sleeping and bathing areas for each), but this one is men only. Cabana offers a spa and gym, right in the heart of Osaka's Dotonobori area. There's also an open air bar on the roof. Staff speak English, so non-Japanese speakers should have a smooth stay. Rates are 4100 yen ($45) from Sunday to Thursday and 4600 yen ($51) for Friday to Saturday. Breakfast is available for an extra fee. 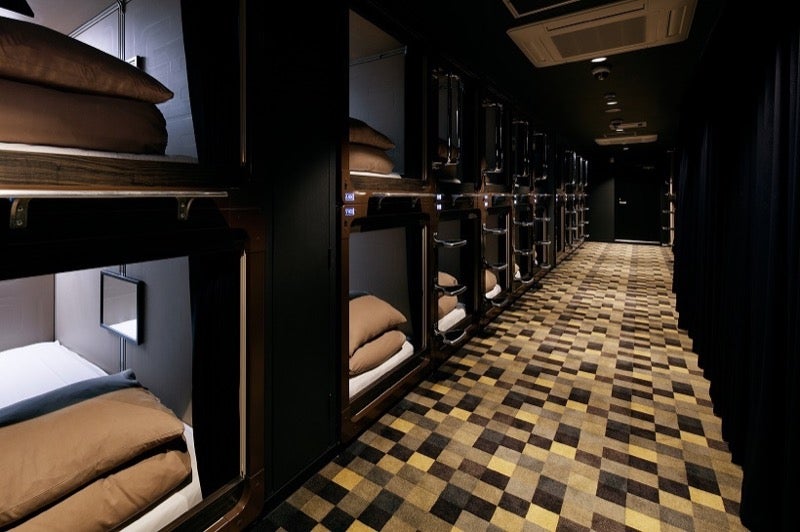 This capsule hotel has Japanese style baths, wireless internet, 40-inch TVs in a "relaxation room" and over 4000 manga for your perusal. There's also a bar serving Japanese whiskey, sake and shochu. One night stays start at 3100 yen ($34). The website doesn't have an English option, so making reservations here might be difficult for non-Japanese speakers. Like Cabana, it's men only. 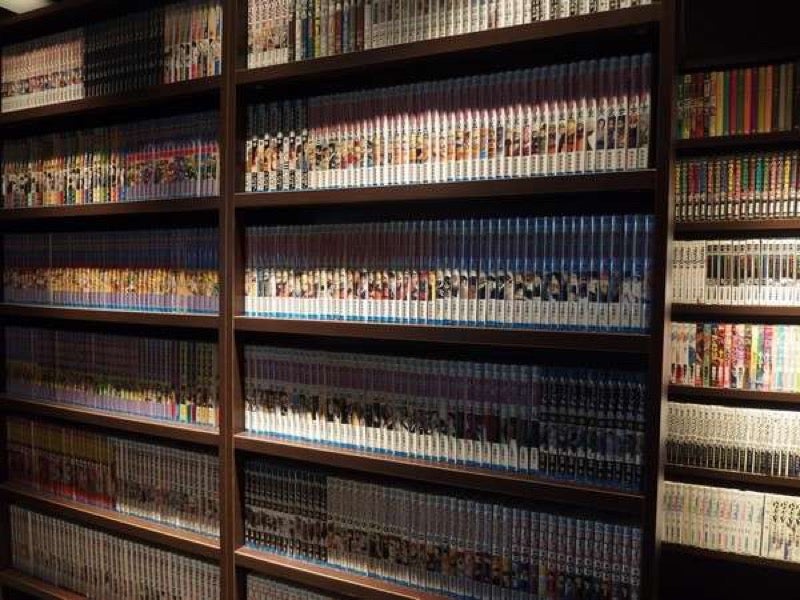 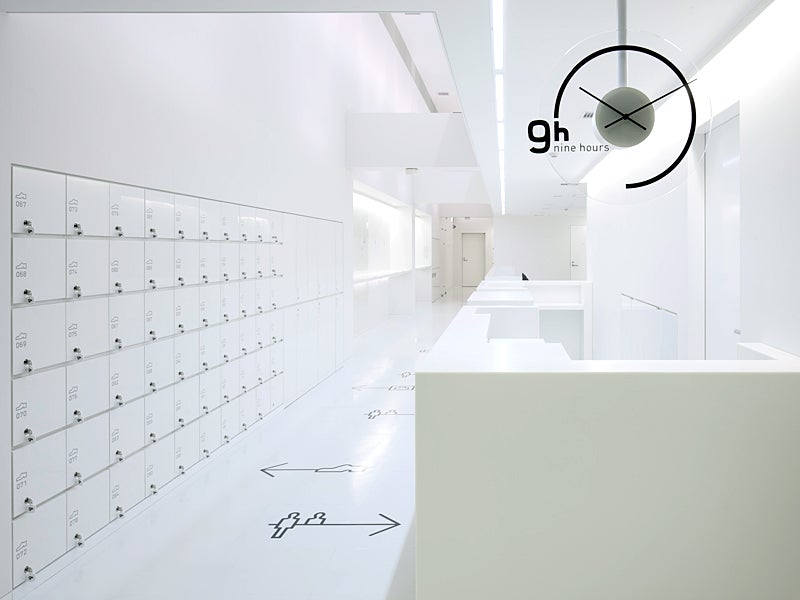 Introduced in Kotaku's previous article on capsule hotels, Nine Hours looks so space-age, it deserves another mention. Like the other capsule hotels, Nine Hours offers a place to clean up (here, showers), but puts tremendous focus on how you sleep. Each "sleep pod" is outfitted with a Sleep Ambient Control System, a special pillow and a mattress made with "Breath Air" material. Serving both men and women guests, nightly rates can be had as low as 2800 yen ($31). You can also reserve pods for naps! 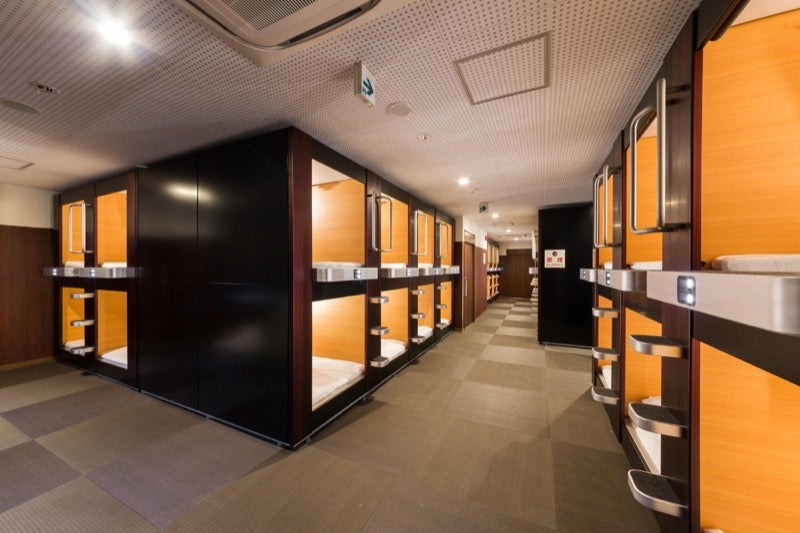 Located in Kyoto's Gion, this is a prime spot for visitors. Each capsule comes with a 19-inch monitor, a fancy sleep pillow, complementary mineral water, an air conditioner, Wi-Fi and bedding made from a traditional Kyoto futon maker. Bottom capsules start at 4500 yen ($50) a night, while the upper level ones start at 4700 yen ($52) a night. Like Hotel Sleeps, Rumour Plaza's capsules are only available for male patrons. The hotel's website is Japanese only, so it might be difficult to reserve a room if you do not speak Japanese. 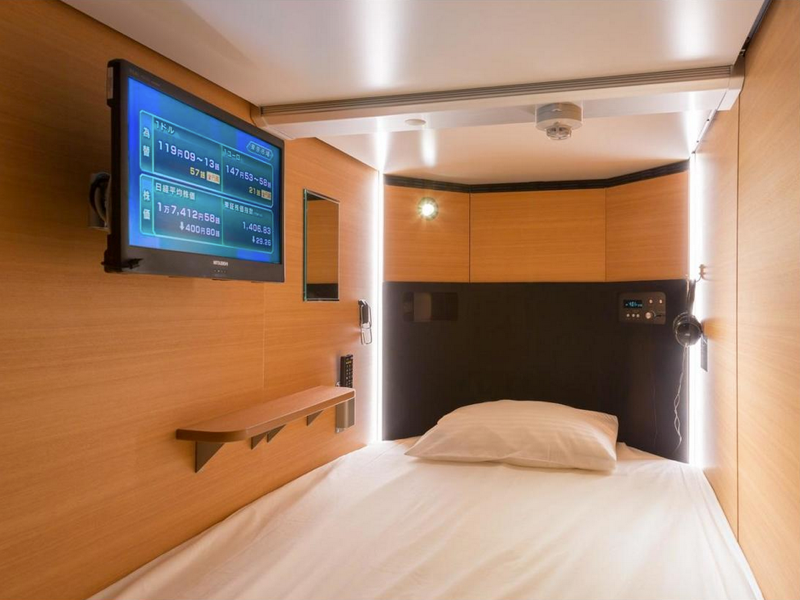 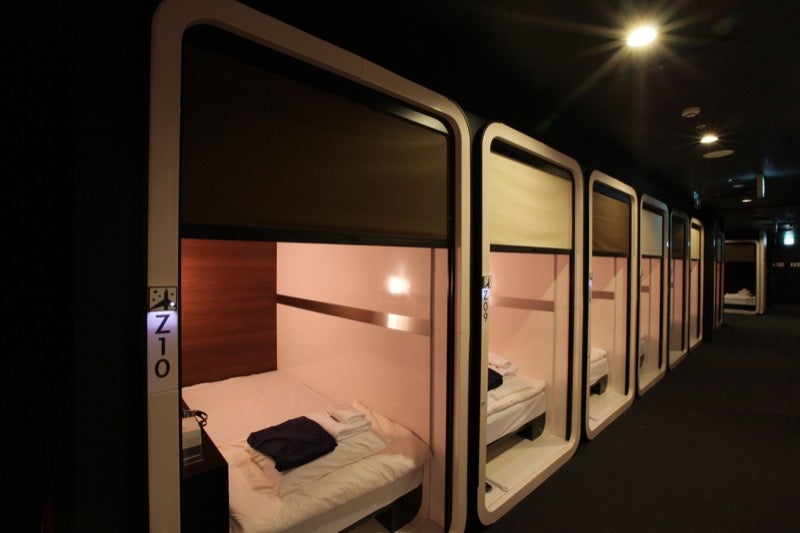 Ideal for claustrophobes, the lodgings are less capsules and more cabins. The inspiration here is a first class cabin on an aeroplane. First Cabin has several locations across Tokyo — as well as throughout the country. Rates vary, but can be between 4000 and 5000 yen ($44-$55 — some plans offer cheaper cabins). Breakfast is available for extra, and there are separate capsule areas for men and women.