The Witcher 3 Mission That Just...Went To Hell

Heart of Stone, the new expansion for The Witcher 3, basically consists of three long, experimental and amazing new quests. Kirk spoke the other day about the first one, but I now want to talk about the second.

USE YOUR WITCHER SENSES TO AVOID THE SPOILERS BELOW. 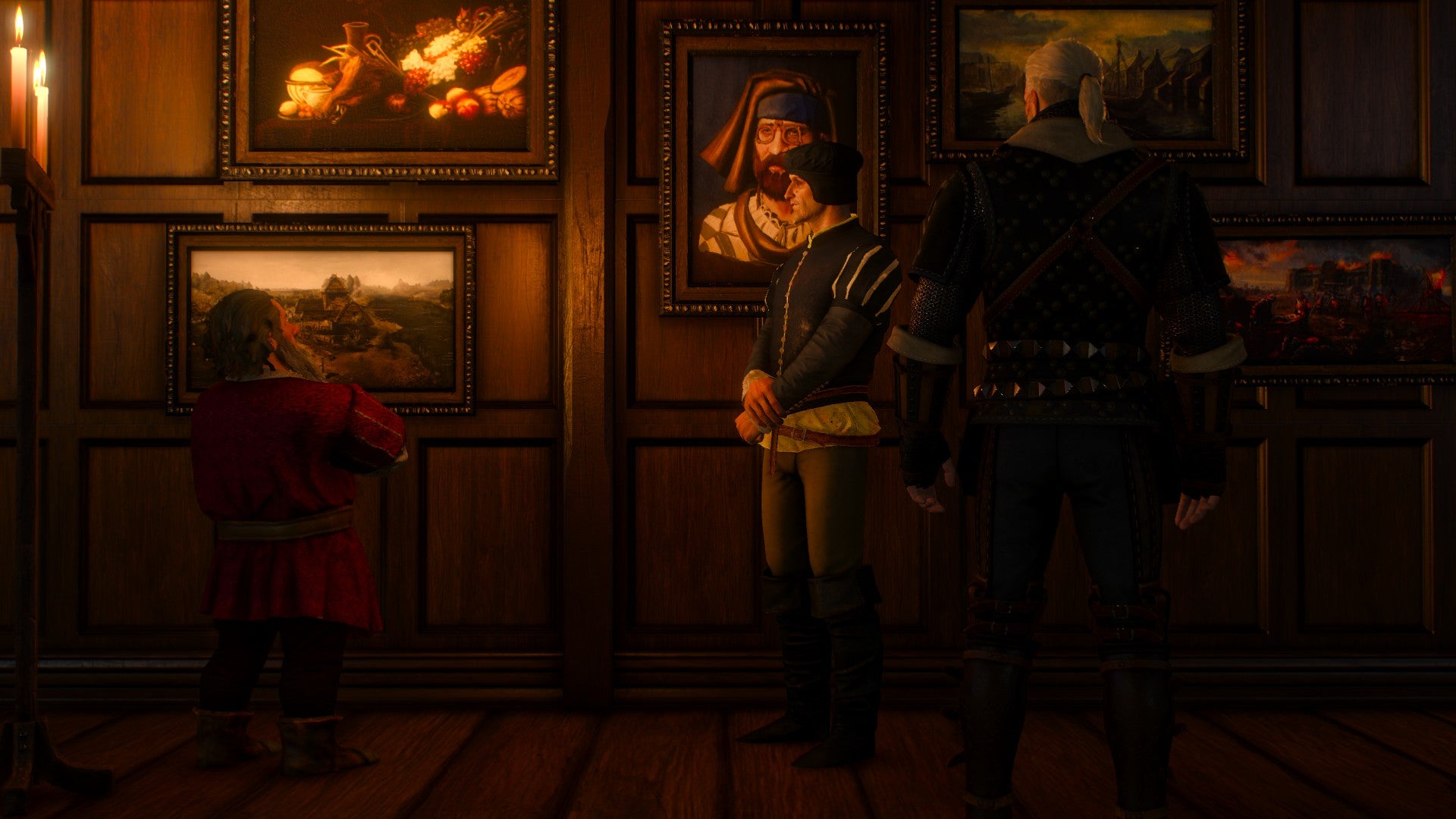 The second major quest — Open Sesame — begins in the auction house in Oxenfurt. What starts with a casual afternoon's bidding on some swag (including a pair of glasses that if you win you can actually equip and spend the rest of the game looking like a doofus) ends with Geralt thwarted at the auction block, resulting in a plan to break back into the place at night and rob the joint.

What follows is a grand heist, very much in the vein of Grand Theft Auto V's centrepiece missions, with Geralt having to head out and recruit a team of experts to help him and a mysterious stranger obtain through theft what they couldn't achieve through commerce.

Other Witcher 3 quests, like The Bloody Baron or even the preceding ghost wedding, are memorable for how your morally ambiguous decisions can make for wildly differing outcomes. With Open Sesame, much of the action is locked in, and your decisions only make for slight deviations from a core plot. It's what happens (or doesn't happen) along the course of that plot that makes this so good.

Most modern RPGs have you play through a quest supposing there's a "good" or "right" way to do it. That if you make the right decisions and do the correct things you'll be rewarded with an optimal result

Not in Open Sesame. You're constantly presented with the illusion of quest-defining options and possibilities, but the fun here is in seeing how utterly meaningless they all are, because at the end of the day this isn't Geralt's quest.

See, it kicks off when you're approached by a mysterious stranger, who has a plan to break into the auction house's vault. He needs something in there, you need something in there, so he thinks you'll do well by working together. You're his first recruit, and it's made clear that the whole operation is his plan. Geralt isn't his partner, he's an employee. And it's a plan that goes pear-shaped almost from the very beginning. 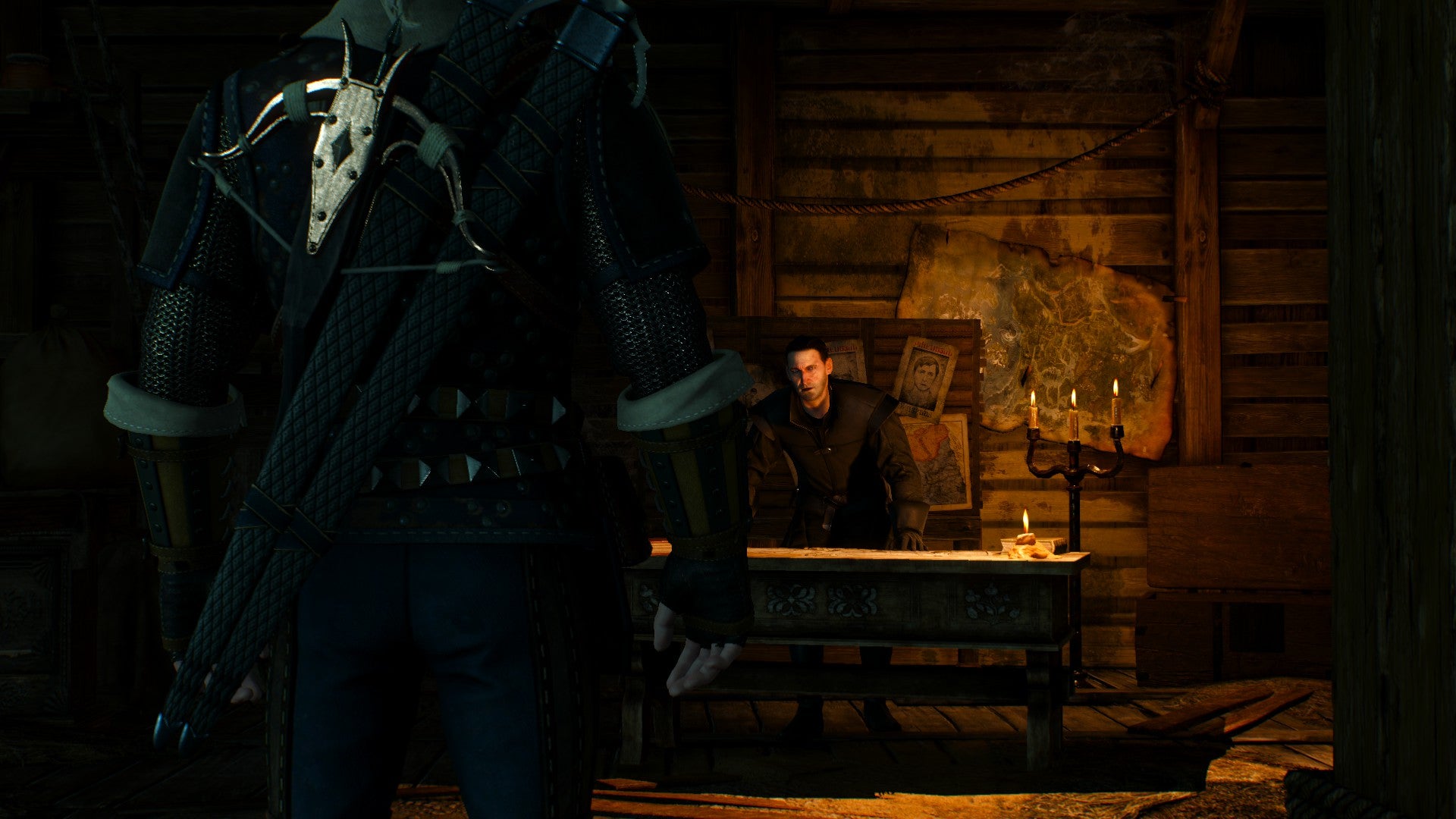 My first job in Open Sesame was to go and recruit either a demolitions expert or a locksmith, who would help us get past the vault's locked doors. I went to the demolitions guy's house first and found him...in a bad way. Distraught that his wife had left him, he was up on his roof, threatening to blow both himself and his home sky-high. 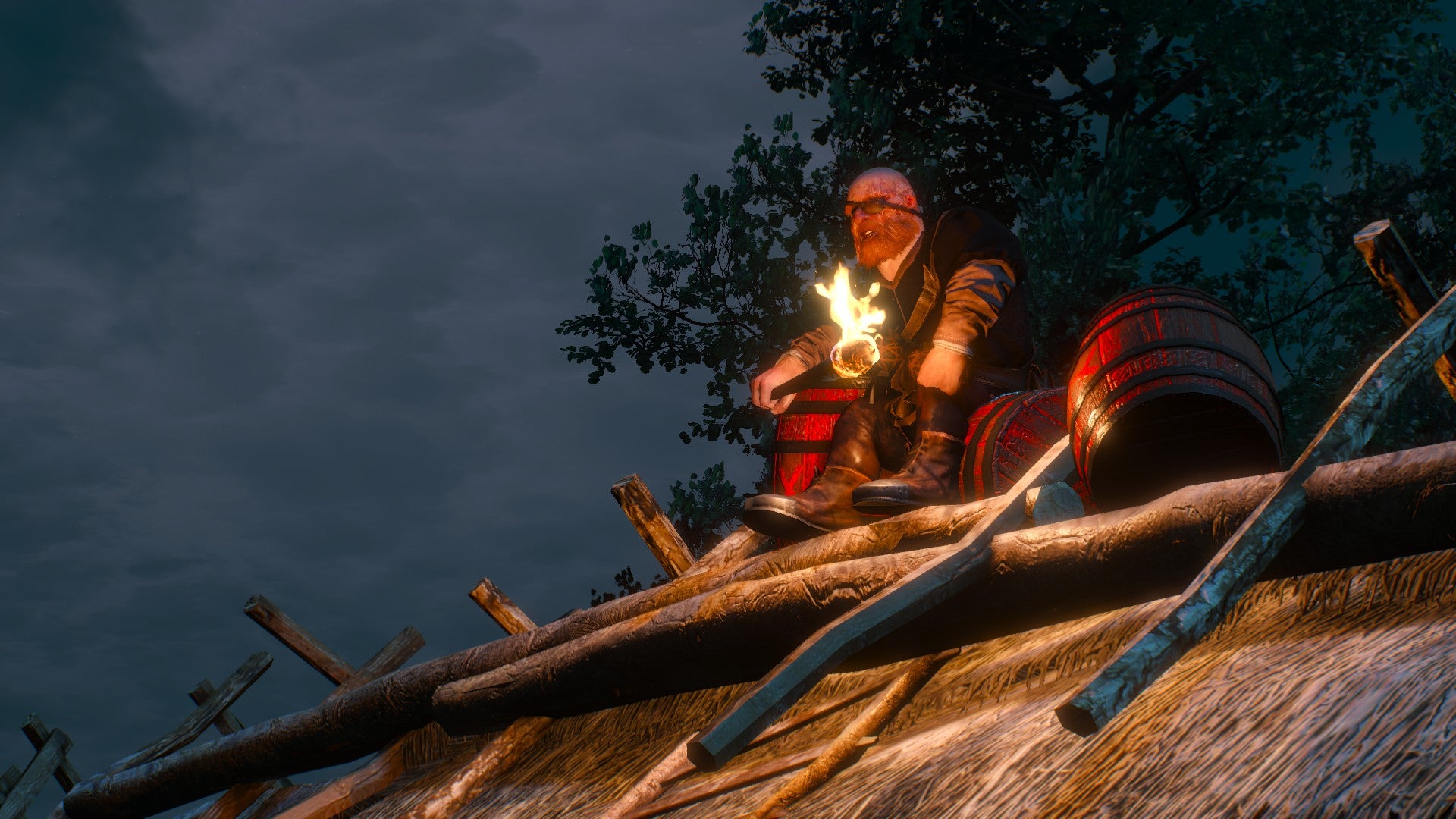 I talked him down, thinking I had performed the optimal task required, but no sooner had I told him that I was going to merely consider him for the job — I still had to talk to the locksmith — he went inside and killed himself. Brutal. Congratulations, locksmith.

Next, I needed a burglar to help us get into the place. My first choice, a skilled halfling, was found...dead at the bottom of a river. I hadn't been too slow getting to him, or made the wrong choice, he was just dead, because sometimes The Witcher 3 likes to remind you that its world spins with or without Geralt's actions, and in some cases that means you're shit out of luck. 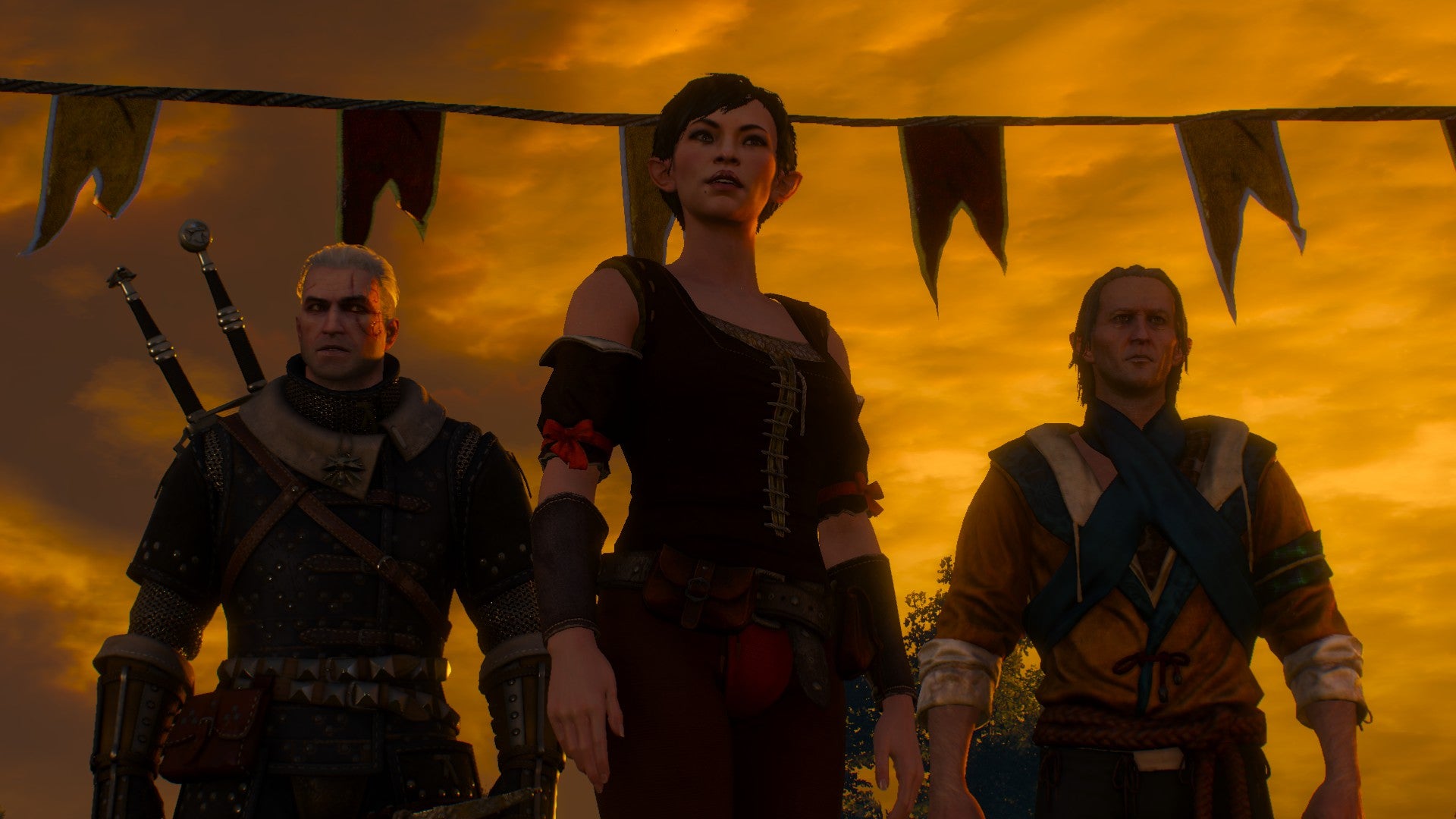 So onto my mysterious employer's second choice, a career acrobat, whose recruitment was assured only after I'd performed some crossbow stunts for her circus show, shooting some melons off an elf's feet, head and hands. Add "circus performer" to the list of creative professions Geralt has been employed in during the Witcher 3, alongside actor and poet.

With my crew — sorry, the mysterious stranger's crew — assembled, it was time for his plan to be laid out, my head to nod that it agreed, and for this daring heist to be carried out. 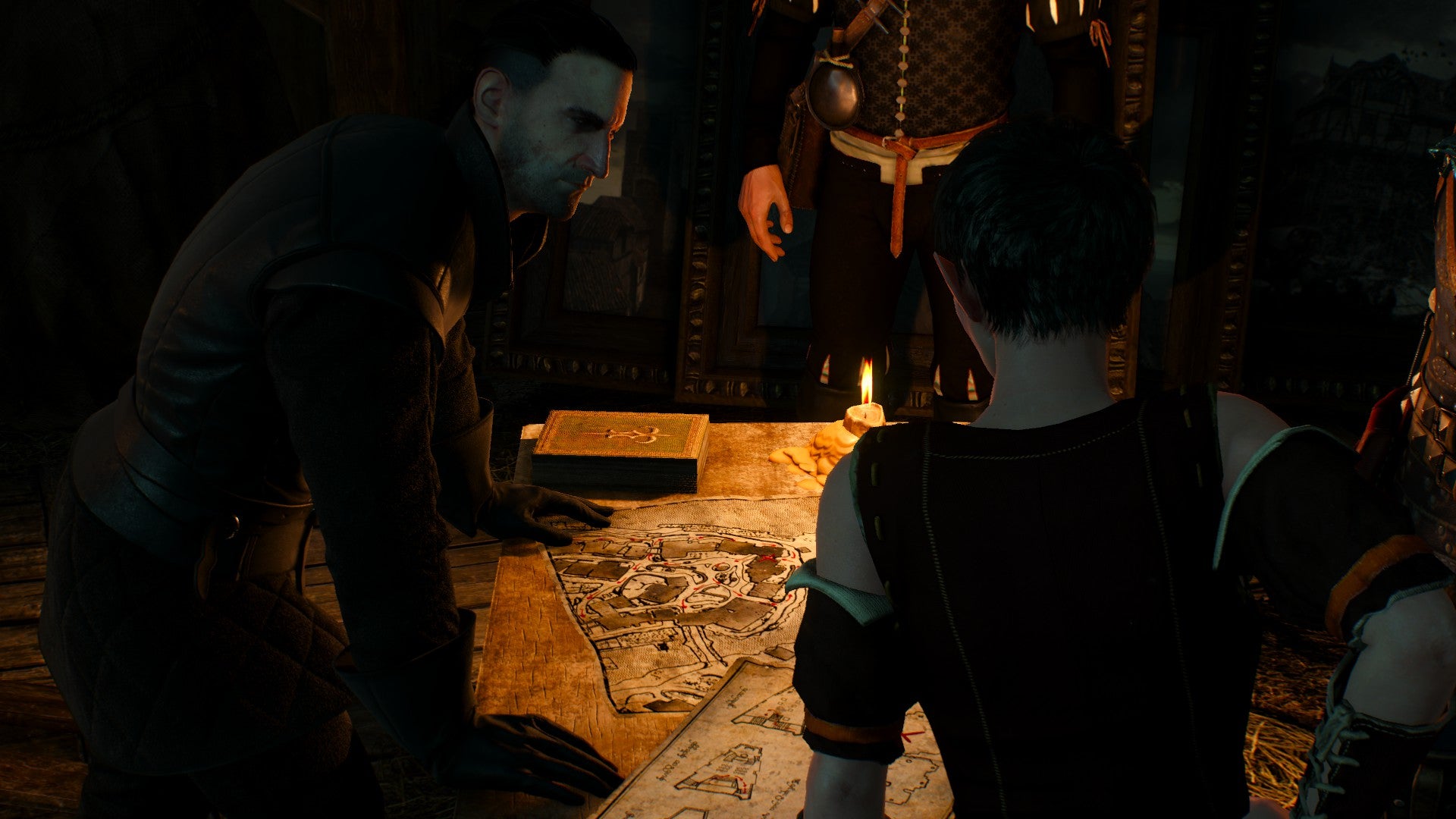 In keeping with the quest's theme, it all goes wrong, and almost everything that does so is because it was a bad plan. As I played through this trainwreck we alerted guards. We took hostages, which Geralt was very uneasy about. The acrobat got scared and fled. The owner of the auction house, Horst Borsodi, was awoken and locked himself inside the vault with guards. 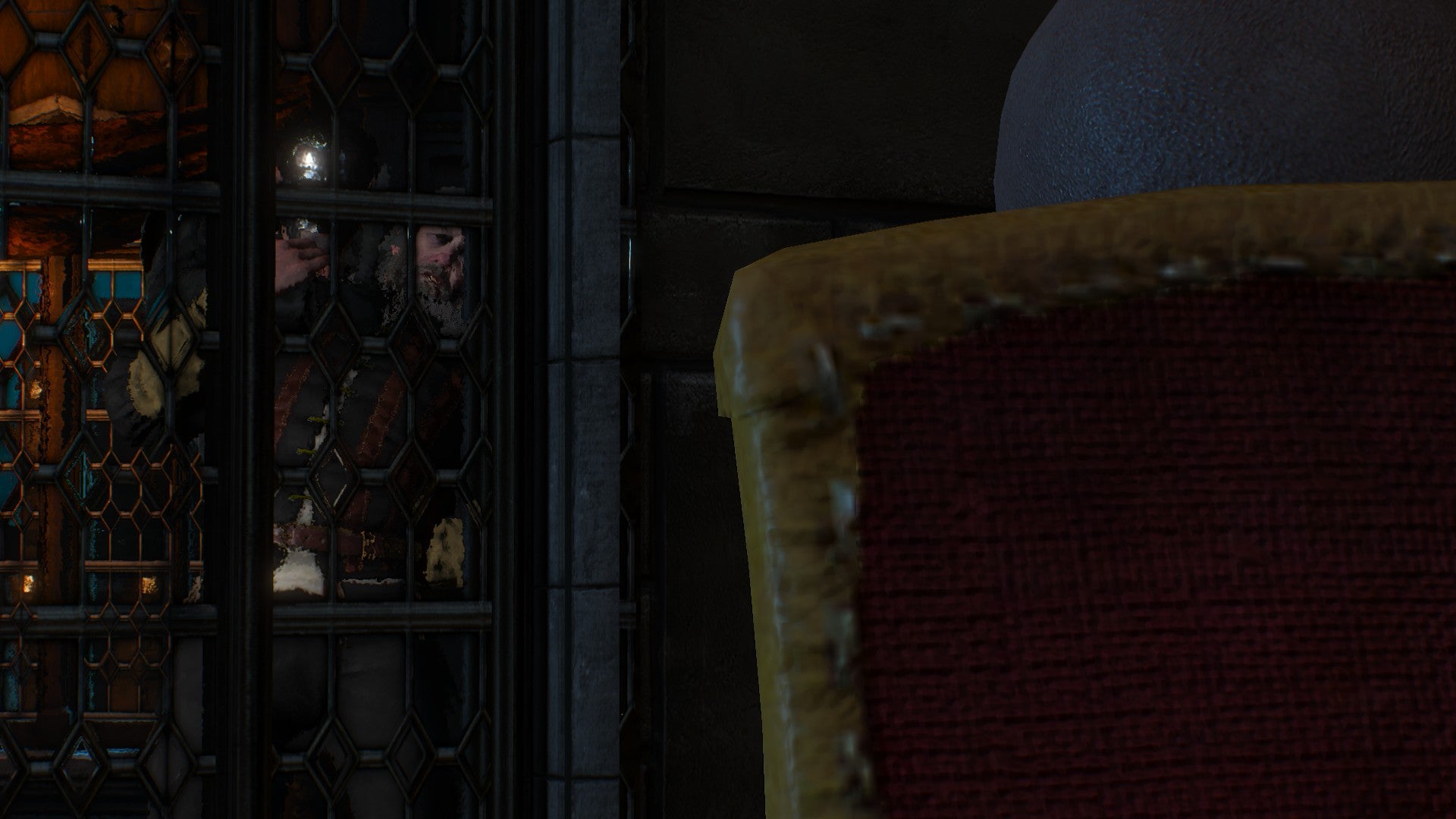 After bungling and fighting your way through this succession of cock-ups, you finally end up in the vault. Where it's revealed — gasp! — that the mysterious stranger you've been working for this whole time is actually Horst's brother Ewald, who has an axe to grind over his sibling's inheritance.

Horst, wisely recognising that he and his guards are no match for a guy capable of literally saving the world, offers you a choice: take some cash and betray your employer, or stick with Ewald and see it through. 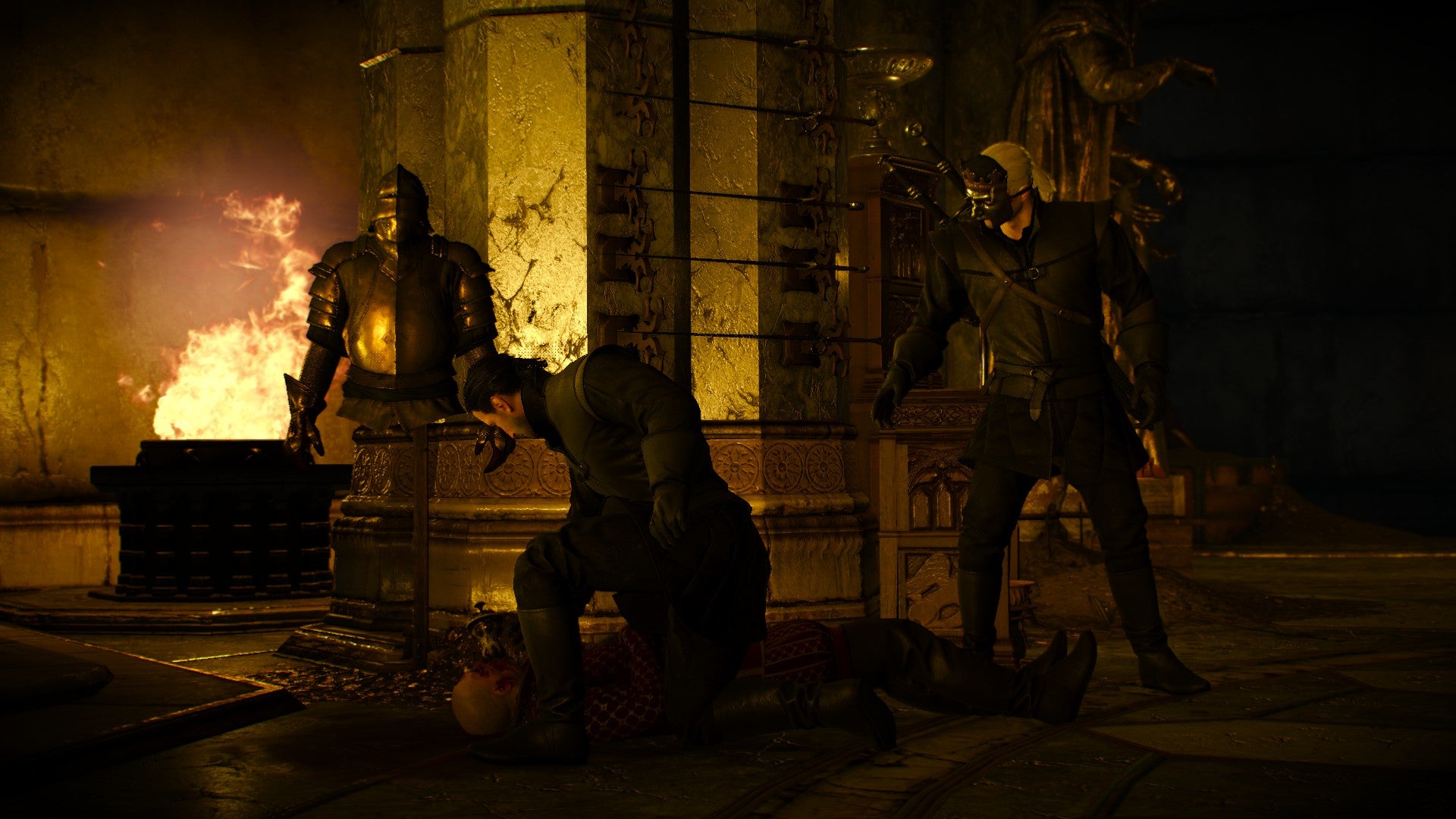 It's an empty choice. Both brothers are arseholes, and there are no bonds of loyalty or purpose behind your employment. Whoever you side with will kill the other (I stuck with Ewald, who above bludgeons Horst to death with a goblet), you get what you were looking for and you walk out, shaking your head at the futility of it all.

The feeling as you leave the vault in the middle of the night into the open air of the Oxenfert docks is one of the emptiest you can experience in this game. There's no fanfare, no gratitude from an innocent you've rescued, no sense that you've done anything at all except be part of something that went badly and got some people killed.

I like to think, though, that this was the point. If there's one thing The Witcher 3's signature quests enjoy doing more than anything else, it's subverting your expectations of what's about to happen and what you're able to achieve. In this case, it's all about power and control, and how despite your actions in the game you don't have as much of either as you do in other RPGs.

Think back to TW3's main game. Yes, there's the whole "Ciri's story is her own" thing, but remember fighting the giant on Skellige, and the guy in the wooden cage can either be crushed by the giant or rescued? Playing as Geralt, who ran that quest, that guy's death barely registered as a blip.

But in Open Sesame, you are the blip. 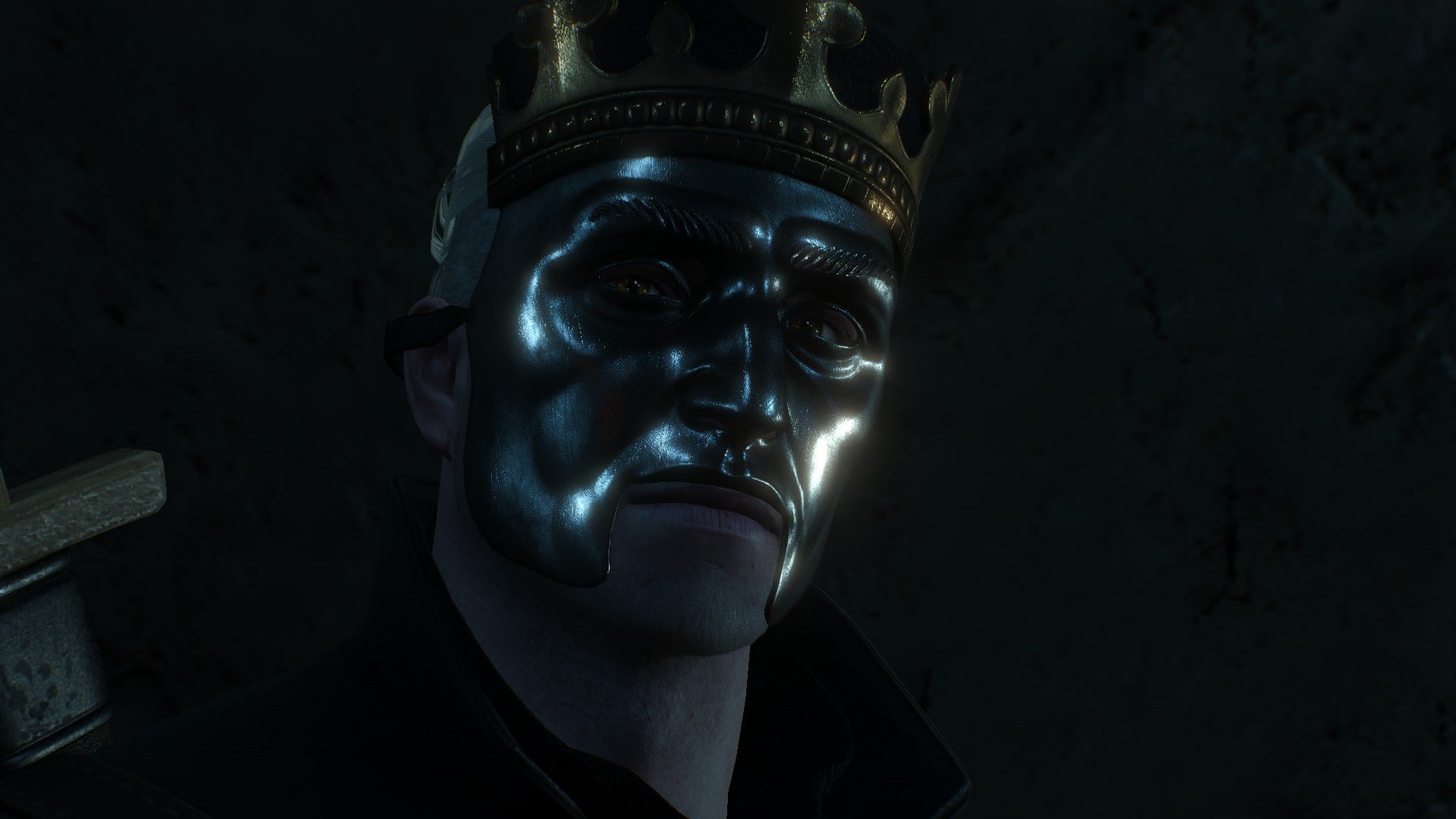 The quest also plays nicely into the larger tone and setting of Heart of Stone, which has you completing tasks set down by Satan himself, while at the same time trying to help a guy who sold his soul to the devil and treated his wife so badly that even her ghost doesn't want to live anymore.

You're shackled to bad men doing bad things for almost the duration of this expansion, which while feeling slightly out of place with the "save humanity" quest of the main game is also a refreshing change. If the ghost wedding earlier in Heart of Stone reminded us that Geralt isn't as interesting as we sometimes think he is, Open Sesame reminds us that he's not as heroic as he's made out to be either.