Hellboy is being turned into a second tabletop RPG (the original...

Damn. Astroneer wasn’t on my radar before — but it sure as hell is now.


Judging from the trailer, the game looks like what you’d get if you combined The Martian, Minecraft, and Journey. Awesome, no?

As you can see, you can terraform, explore, and even play with a buddy. All of that looks cool, but what probably sells the game the best is the cartoony style. The world of Astroneer looks like one that I want to get to know and inhabit.

The sudden development of technology for rapid space travel enables fast and inexpensive journeys to the stars. Exo Dynamics, the dominant conglomerate in the new field, has opened flights to daring citizens of Earth. Like the Yukon gold rush of old, waves of adventurers sign up to launch themselves into a new frontier, risking everything to seek their fortune in the far reaches of the galaxy. These are the Astroneers.

As an Astroneer, you must find a way to dig out a life on one of a multitude of harsh new worlds. Blast through the terrain to uncover precious artifacts and materials you can use to fuel your quest to become a wealthy baron in the stars. Along the way, discover oddities, raise questions, and uncover mysteries.

Perhaps not all is as it seems.

And some screenshots for your viewing pleasure: 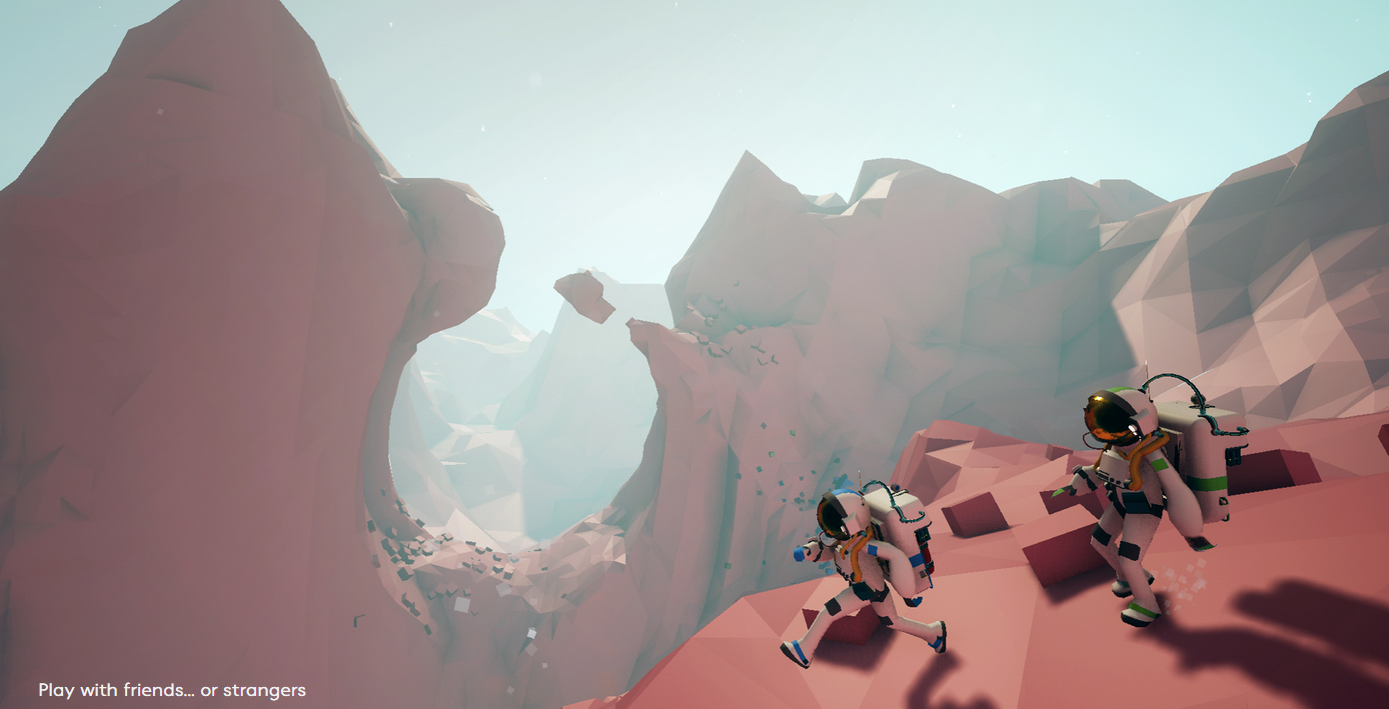 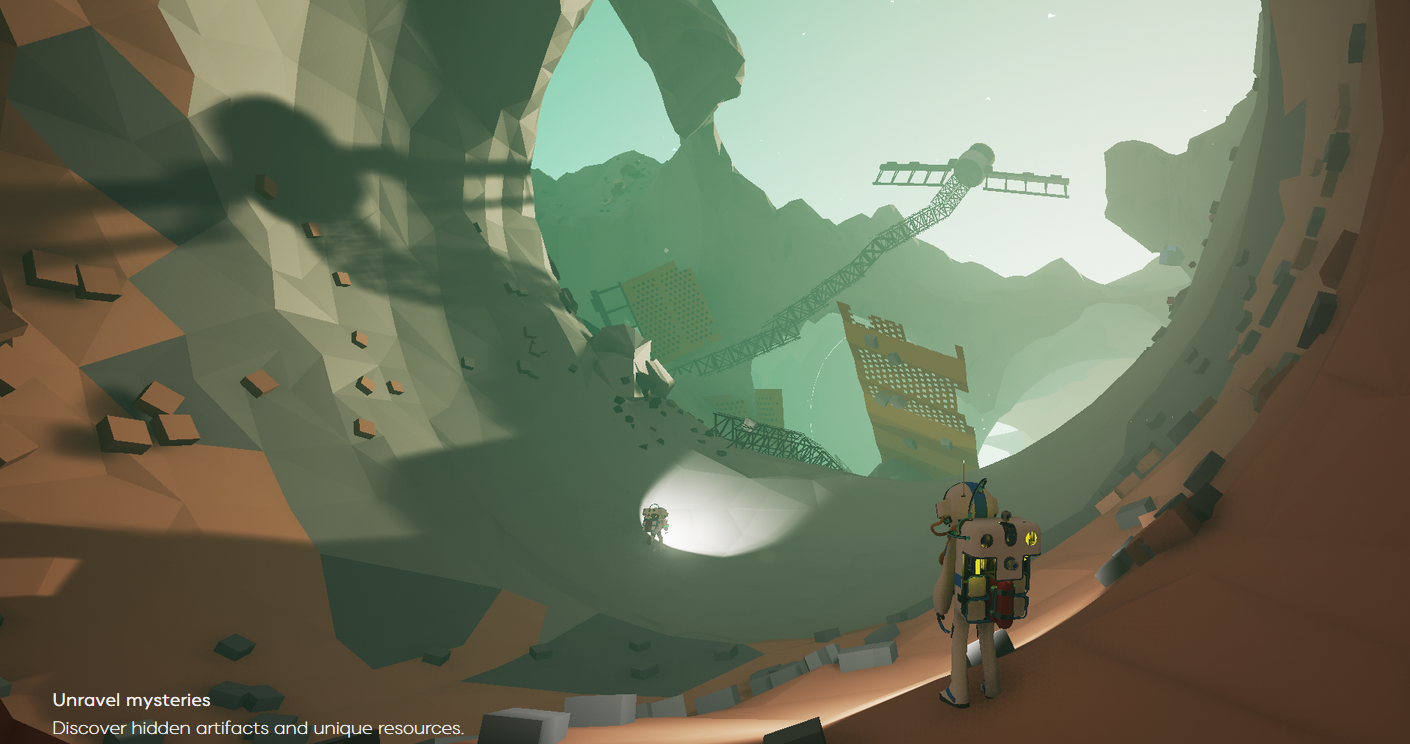 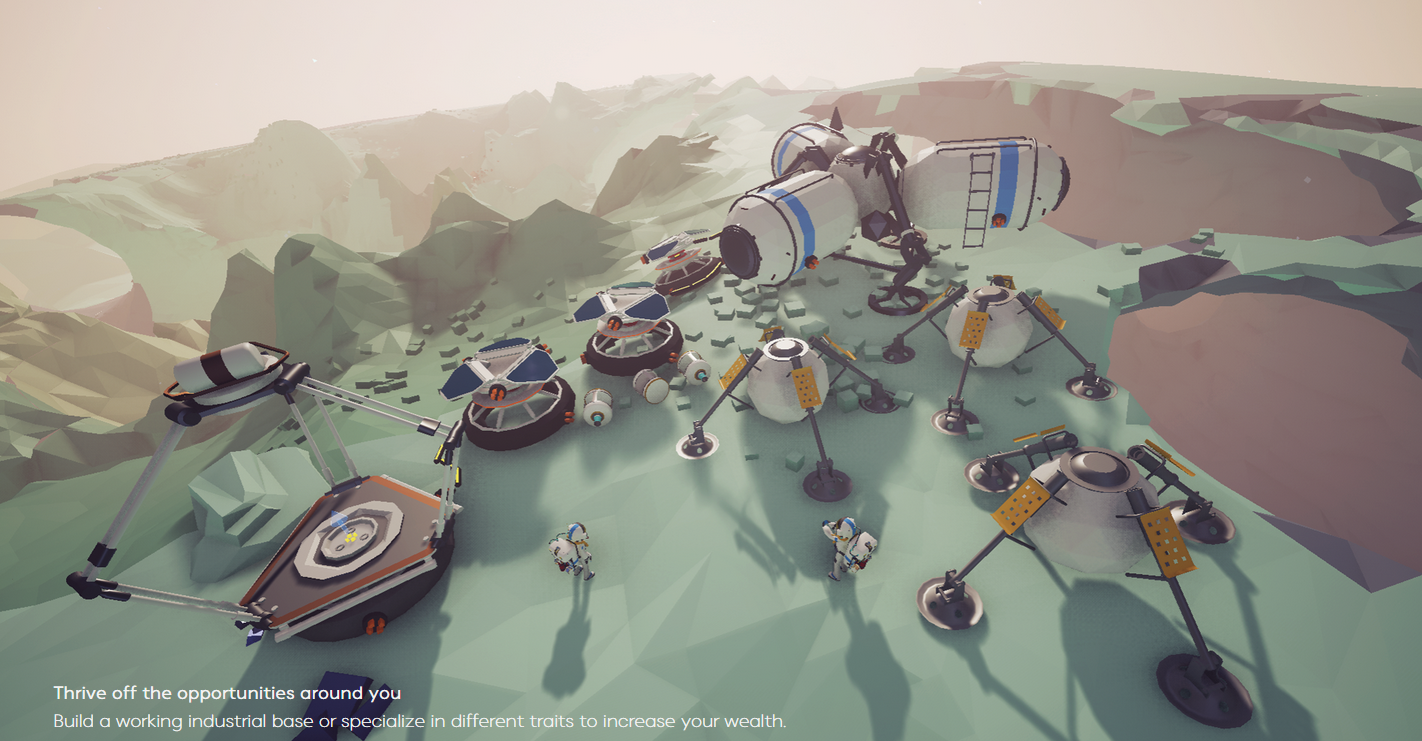 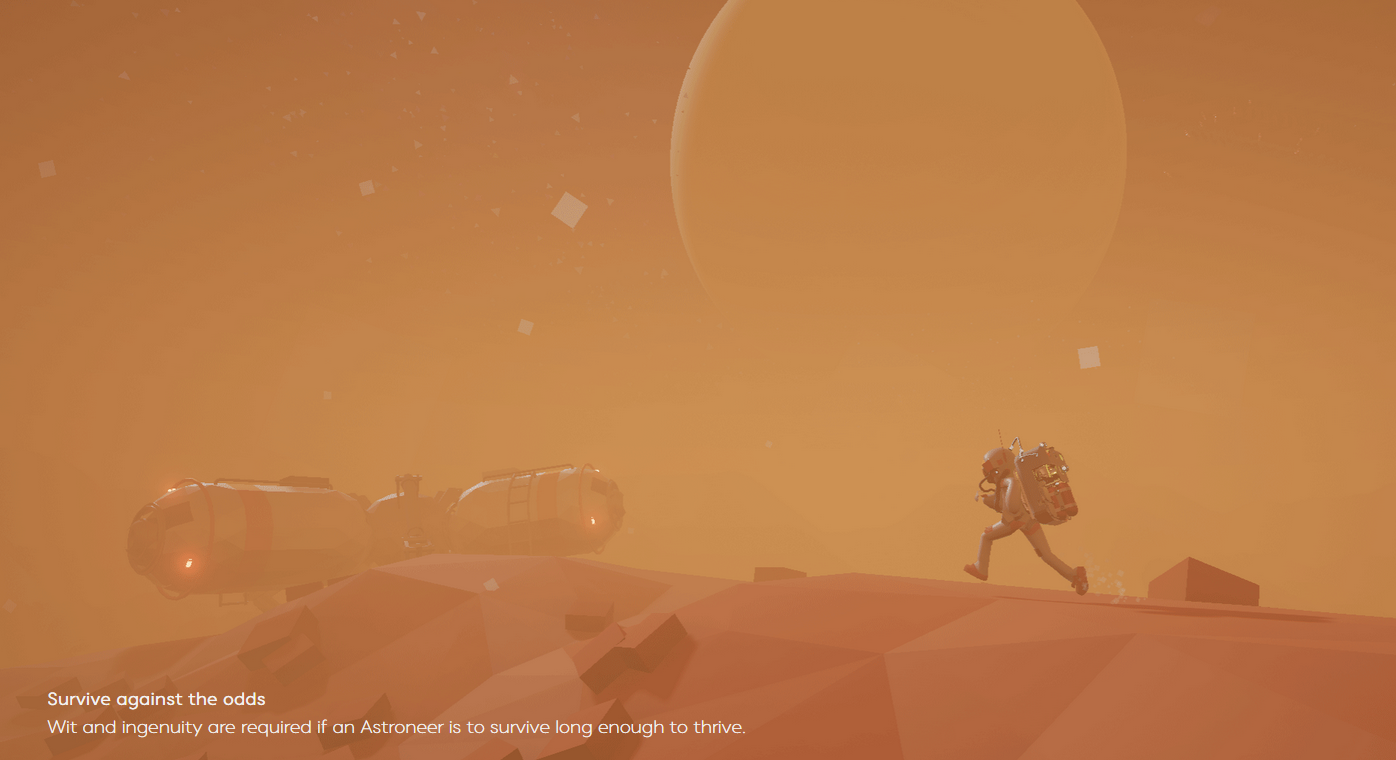 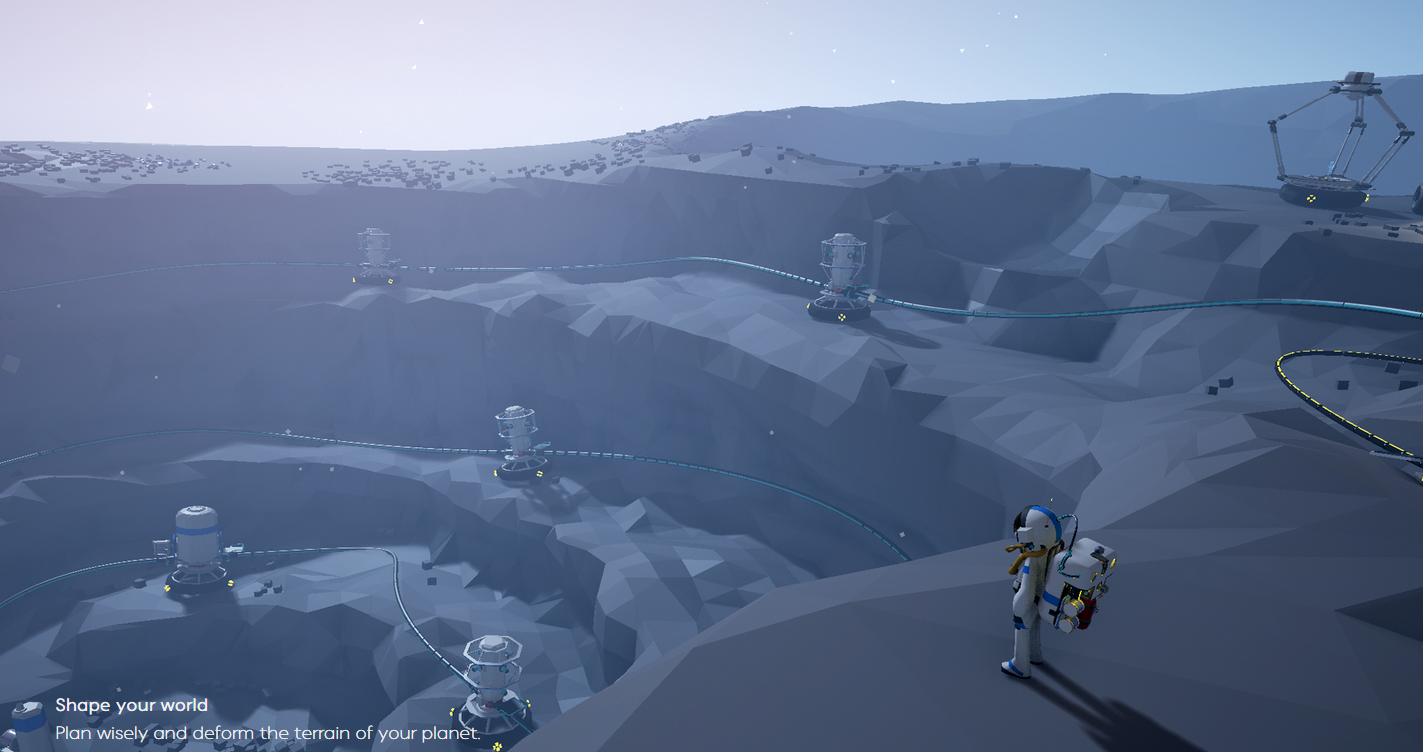 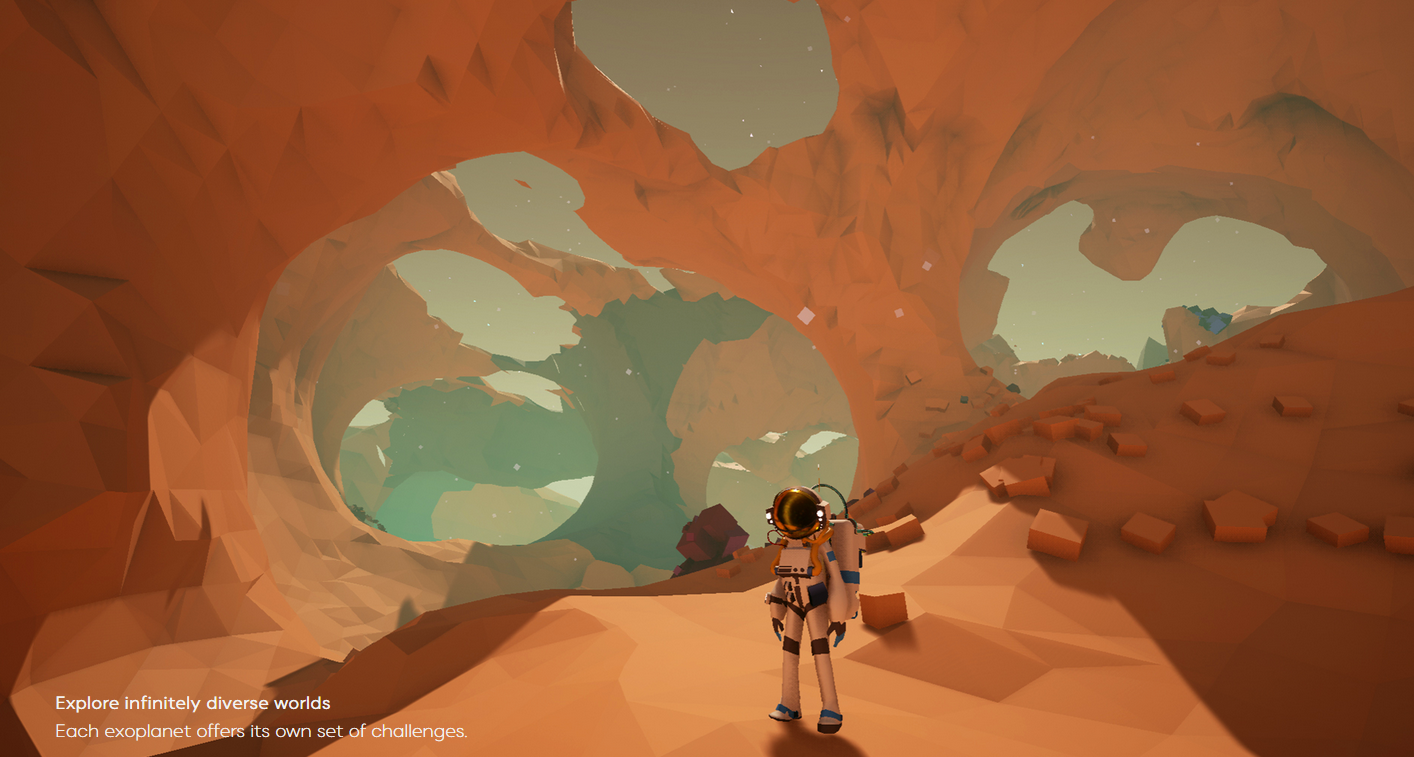