What The New Assassin’s Creed Gets Wrong (and Right), According To A Historian

Bob Whitaker, a historian of modern Britain at Louisiana Tech and the host of the YouTube series History Respawned, recommends Assassin’s Creed Syndicate, the entertaining new Ubisoft game set in Victorian London. He likes the way it successfully captures the feel of the British capital in the 19th century, and he particularly likes the way the game depicts the Thames River as crowded with industrial traffic. But he still has some nits to pick.

Whitaker fact-checked the game from a historian’s perspective during an interview I conducted for my podcast, Shall We Play a Game?. You can listen to the podcast here. The excerpts below have been condensed and edited.

The Game Overstates the Class Struggle in London

“They decided to set the game in 1868,” Whitaker said. “This is the high point for the Victorian era. This is Britain coming into its own, dominating industrial production, particularly steel production and textile manufacturing. And also it’s beginning to dominate financial capitalism through the world.

“This economic prosperity has led to a better quality of life for not just the wealthy in Britain but also the lower classes. Between 1850 and 1870, the average pay for an industrial worker doubled in Britain. In this game, Ubisoft has depicted it as an era of class struggle, but really by 1868, a lot of the heavy class struggle, the sharp divisions between the classes based on economics, has actually subsided in Britain. 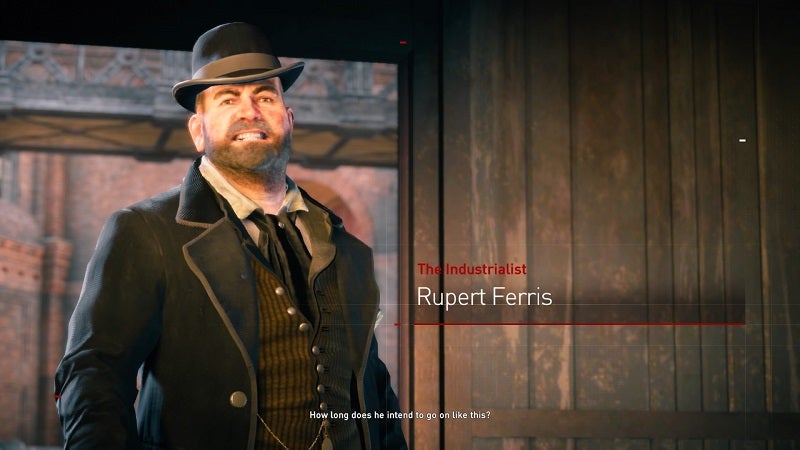 “In particular, in 1867, the year before this game is set, the Parliament had passed the Second Great Reform Act, which effectively expanded, or doubled, the franchise in Britain — allowing industrial laborers to vote in parliamentary elections for the first time. So Ubisoft wants to paint this as an era of Dickensian, Marxist class struggle, but at this point in 1868, a lot of that class struggle, a lot of that Dickensian nature, has actually subsided.

“In fact, Karl Marx critiqued the industrial workers of Britain, saying that they had gotten too used to economic prosperity, and he began to refer to them as ‘the bourgeois proletariat.'”

As the Game Suggests, Karl Marx Was a Social Democrat in 1868

“The thing about Marx is that, by the late 1860s, he is somebody who is encouraging workers to unite into parties and to actually engage with parliamentary democracy. And this pits him against the rising group of anarchists, both within Britain and also within continental Europe, who feel that the workers will never be able to achieve their goals unless they completely destroy the political system.

“So I actually think the depiction of Marx in this game is pretty accurate, simply because they’re showing this division between his followers and his theories compared with the anarchists, who are shown in this game with one British person hoping to blow up Parliament who ends up killing himself.”

London Needs Prostitutes, But Not for the Reasons You Think

“I know a number of reviews, including one by the feminist critic Anita Sarkeesian, lauded this game for the removal of the prostitutes on the streets. But the thing is, Victorian society was obsessed with prostitution, was obsessed with this idea of ‘fallen women.’ This was a particular point of emphasis for famous Victorians like William Gladstone and Charles Dickens. Charles Dickens, in fact, helped to run a house for fallen women to try to rehabilitate them.

“I can understand why people are happy that the prostitutes are removed from Assassin’s Creed, but it seemed like it would have been a great opportunity to highlight a really important moment in the history of feminism. A lot of historians, people like Judith Walkowitz and others, argue that the campaign against prostitution, against fallen women, gave rise to modern British feminism. And in particular, the campaign of British feminists against the Contagious Diseases Acts, which emerged in the 1860s. 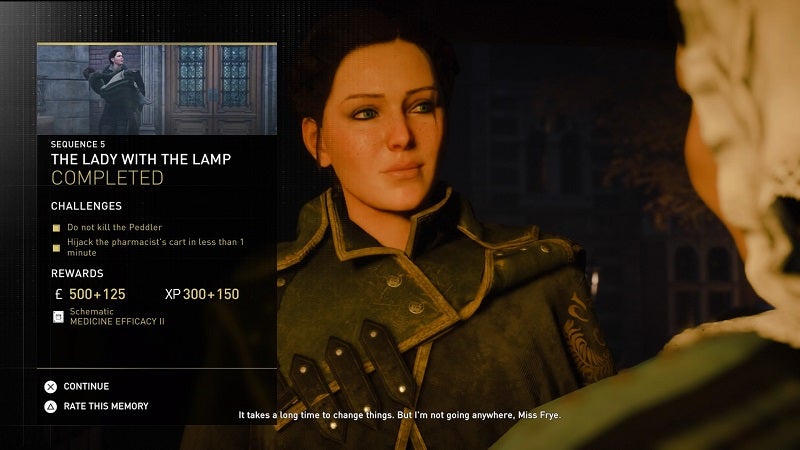 “These Diseases Acts were designed to imprison women who were suspected of carrying venereal diseases. They also subjected potential prostitutes to examination by police. This series of acts during the 1860s led to a campaign, which saw not only working class women but also upper class British women working together to combat these illegal examinations, to combat the imprisonment of women by the authorities, and eventually saw one of the first big successes in feminism during the 19th century.

“In particular, since you’ve got Evie there, you could see her helping one of the main feminists, somebody like Josephine Butler, attempt to save prostitutes from illegal imprisonment by the police. I think that would make for a great mission.”

The Assassins Should Support Gladstone Over Disraeli

“Later on in the game, about three quarters of the way through, you meet Benjamin Disraeli and William Gladstone. These two are the main political rivals of 19th century British politics. What’s interesting is Ubisoft has you and the Assassins fighting alongside Benjamin Disraeli, which is very odd because Disraeli was the conservative politician facing off against William Gladstone, the liberal politician. It’s true that Disraeli was known for being more supportive of workers, which would fit in more in line with the Assassins’ mission in the game. But at the same time, Disraeli was also a huge promoter of tradition, of traditional values, of hierarchy in society. Furthermore, he was a huge supporter of imperialism, which seems very antithetical to the Assassins and their creed. Whereas Gladstone was a huge promoter and creator of major reforms during his time in British politics.”

The Assassins May Be Campaigning Against Legal Child Labour

“There’s a depiction in this game of child labour. This is pulled straight out of Dickens, but I think the child labour shown in this game is much more accurate for the 1840s and 1850s. By the 1860s, the late 1860s in particular, child labour was pretty well regulated. 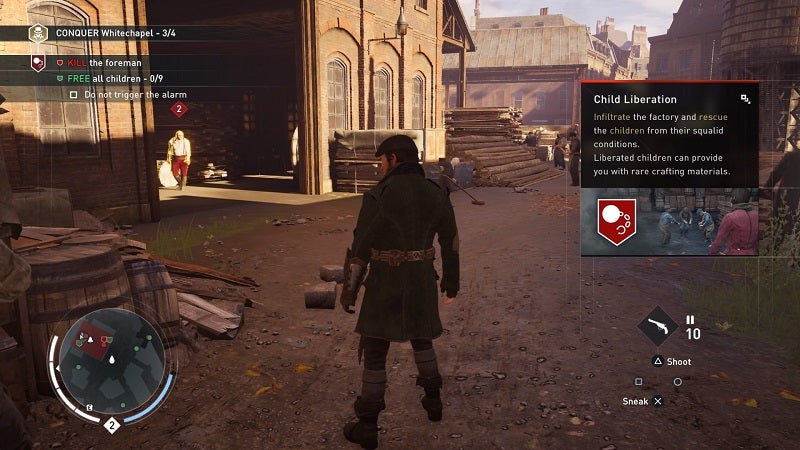 “In fact, I’m not exactly sure that the child labour mills depicted in this game were illegal according to Victorian law. In the 1860s, they passed a number of laws saying that children over the age of 8 were allowed to work in factories as long as they would only work for eight hours. I can’t be certain how old the children are in Assassin’s Creed Syndicate, but if they’re over 8 years old, those factories that the Templars are running are perfectly legal.”

London Was Not That White

“So that was surprising, particularly as this game is set in the late 1860s. You’ve got the rise of Irish nationalism, and in particular you have the development of the Irish Fenians, who were a group of Irish nationalists who began to plot the assassination of British officials and also began to plant dynamite bombs in various government offices.”

“At this time, London would have included a whole host of people of colour throughout the street. Even in addition to the empire, Britain was a major international trading center. So you wouldn’t have just had British citizens, British subjects, there. You would have had people of colour from all across the world.”