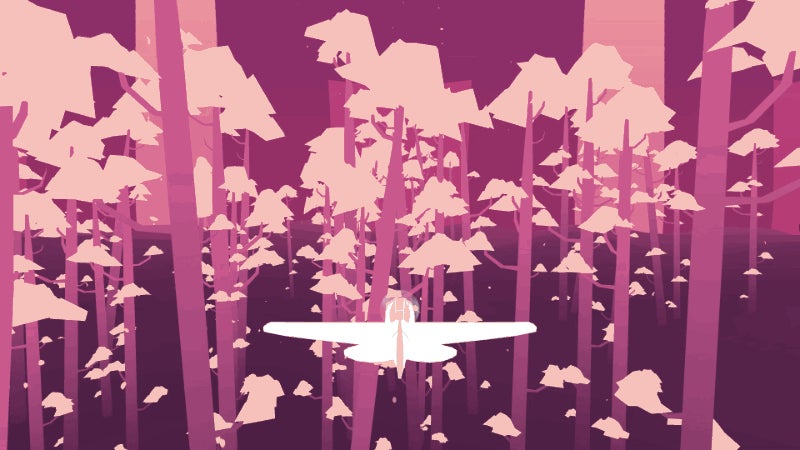 Oases is a game about flying, with pulsing music and beautiful colours all around you. It's both simple and surprisingly personal, as it posits what happened to the developer's grandfather after their plane disappeared back in 1960.

Here's the full setup, as proposed by designer Armel Gibson:

"My grandfather's plane was reported lost in 1960 during the Algeria Independence War, days before the birth of his first child. This is what I like to think happened to him."

The game opens with the plane, in the middle of the desert, falling to Earth. The plane's engines are on fire — it's not looking good. 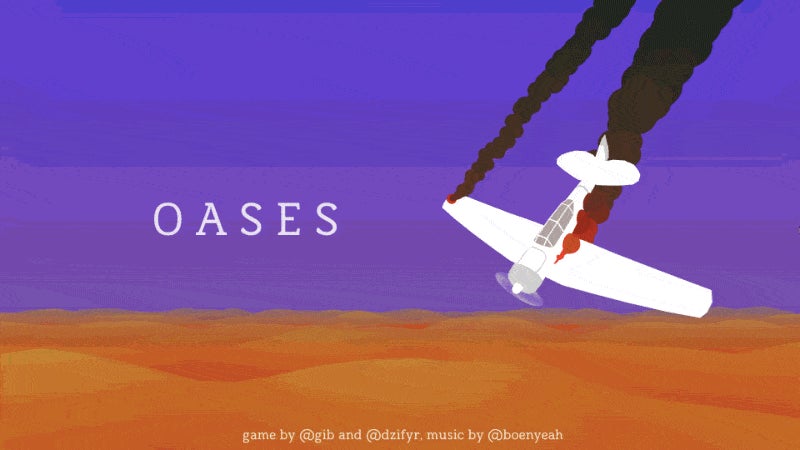 But rather than explode into pieces, the plane's swallowed up by a mysterious portal and transported to a realm of rad music, visualizers, and fixed engines.

While there, you can't die. Even if you run into objects, nothing happens. Try to put the plane into a nose dive, aiming for the floor, and you'll just keep going.

The environments are gorgeous. 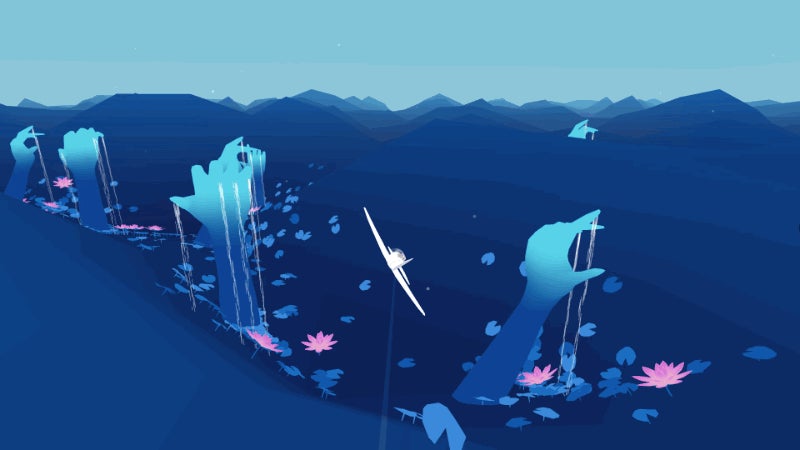 It's even better when it's put to music, like this:

That's Oases, really. There's no goal, and each "stage" ends when the music is over. It boots you back to the front, lets you enter another stage, and that's it.

But, you know, as I wander into the 100-hour adventure that is Fallout 4, it's nice to have something that only demands a few minutes of my time. It works.