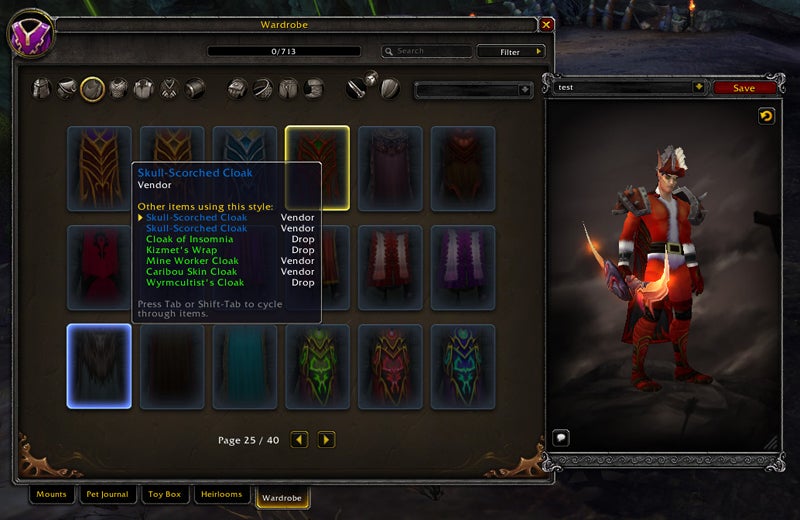 We already knew WoW's transmogrification system — a feature that allows players to alter the appearance of their gear — would get a complete revamp in Legion and now, that selected players can access the very early alpha of the expansion, we also have an idea of how it will look.

So instead of keeping cosmetic gear in a Void Storage or simply in our bags, Legion's patch 7.0 will introduce a wardrobe tab, similar to the Toy Box and Heirloom Items (or even Diablo III's transmog system). It's basically a huge new collection tab where we can track all the items we looted during our journey, whether it's cosmetic or something low-level.

This is the very first public build and it's a long way to go until the release, so things will change a lot, but knowing the number of items in WoW, if you want to collect everything (that top 0/713 bar looks really scary), you're in for a ride.

Other than that it looks like a nice new feature and it certainly will keep players busy for a while.