When Alex Recker and his wife Marissa needed to get their household budget under control, they didn’t go to a financial planner. They went to a video game.


Blogging about the difficulties the couple had keeping track of where their money was going every month, Recker tried a bunch of custom household budget services and found all of them lacking.

Then one night while playing Civilization V, and going over his Civ’s finances (which in the game are presented in a clear and concise way at all times), he had a eureka moment.

One night while we playing I sleepily remarked how I wish we could see a breakdown like that for our money. I elaborated on how cool it would be if we could pay our bills this way. I was tired of trying to assess how we were doing financially while our account balance was jumping around so dramatically month to month. I wished instead that money could come in and go out more consistently – like water draining from a faucet.

That got me thinking – what is stopping us from finding out how much money we are making daily ? If our life were a Civ game, how much “gold” would we be making every “turn”?

Essentially, he built a spreadsheet that broke down his weekly and monthly costs and calculated how much money he and his wife were spending every day. He did the same to his income, meaning that every single day — just like Civilisation shows you every turn — he could see whether he’d lost or saved money.

To illustrate this, here’s Civ V’s at-a-glance economy breakdown, which shows a general summary of all your cash coming in and going out. 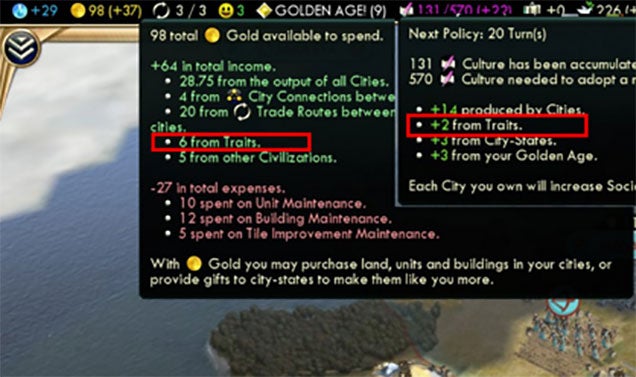 And here’s a small part of Alex’s budget, which does the same thing to his own ongoing expenses:

After a while, he was able to plot how well he was doing every “turn”. 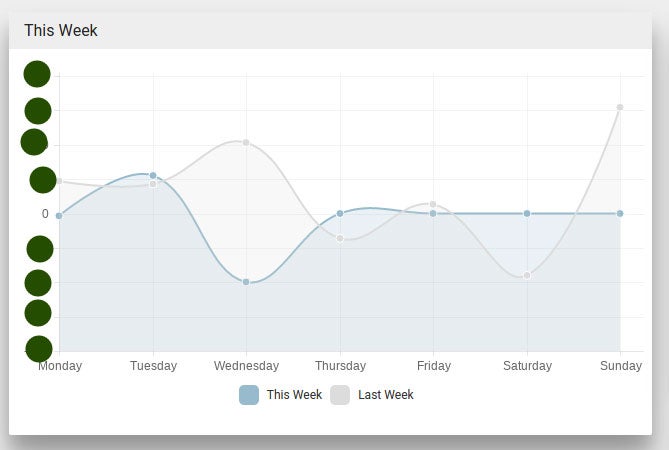 A lot of people do roughly similar things — my own household runs on breaking down every expense into weekly blocks — but I’ve never seen one become so granular that it’s done every day. But hey, if it works for an entire Civilization’s economy over thousands of years (and was designed that way by professionals), then of course it can also work for Alex and Marissa.

If you want to dig deeper into their plans, you can see the code and complete breakdown here.