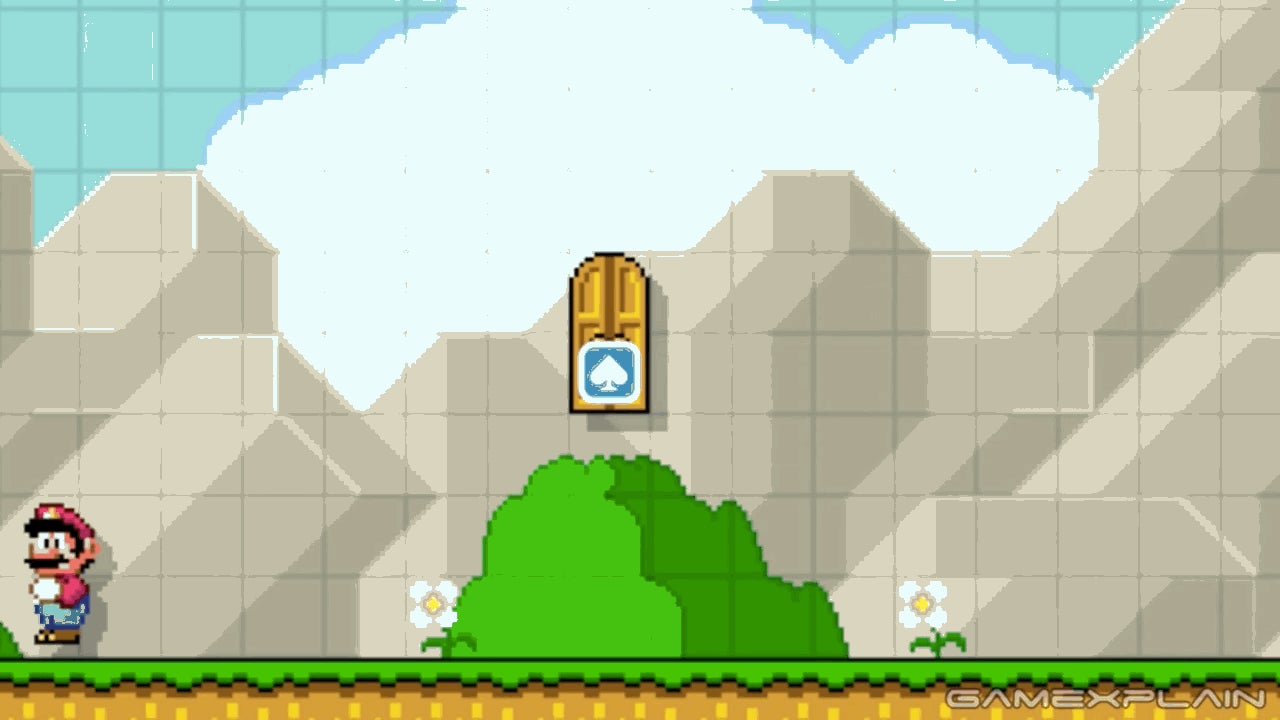 The GIF above comes from GameXplain. Get this: when you knock on a door in Mario Maker's course editor, that door will be opened and shut by skinny Mario, (who is the worst). And boy, are there many weird varieties of skinny Mario to haunt our nightmares. Hell, there's even skinny Yoshi now, because apparently Nintendo apparently wants to ruin absolutely everything. God damn it, Nintendo!

Hilariously, you can even catch a glimpse of a chubbier Mario around the 1:05 mark.

That's not the only thing hiding within the new update. You've also got a new Totem Link costume, which kind of acts as an advertisement for The Legend of Zelda: Tri Force Heroes...

As well as a few new "event courses." Here are a couple, which were uploaded by Nintendo Thumb:

Of course, the most notable change in this update has to be the inclusion of level checkpoints. It will likely take a few days for people to start using that feature effectively, and we'll make sure to highlight some good checkpoint courses once they start popping up. For now, take a gander at all the different checkpoint designs (thanks for uploading, Kirb!).