Marvel Just Made A Weird Change To Squirrel Girl 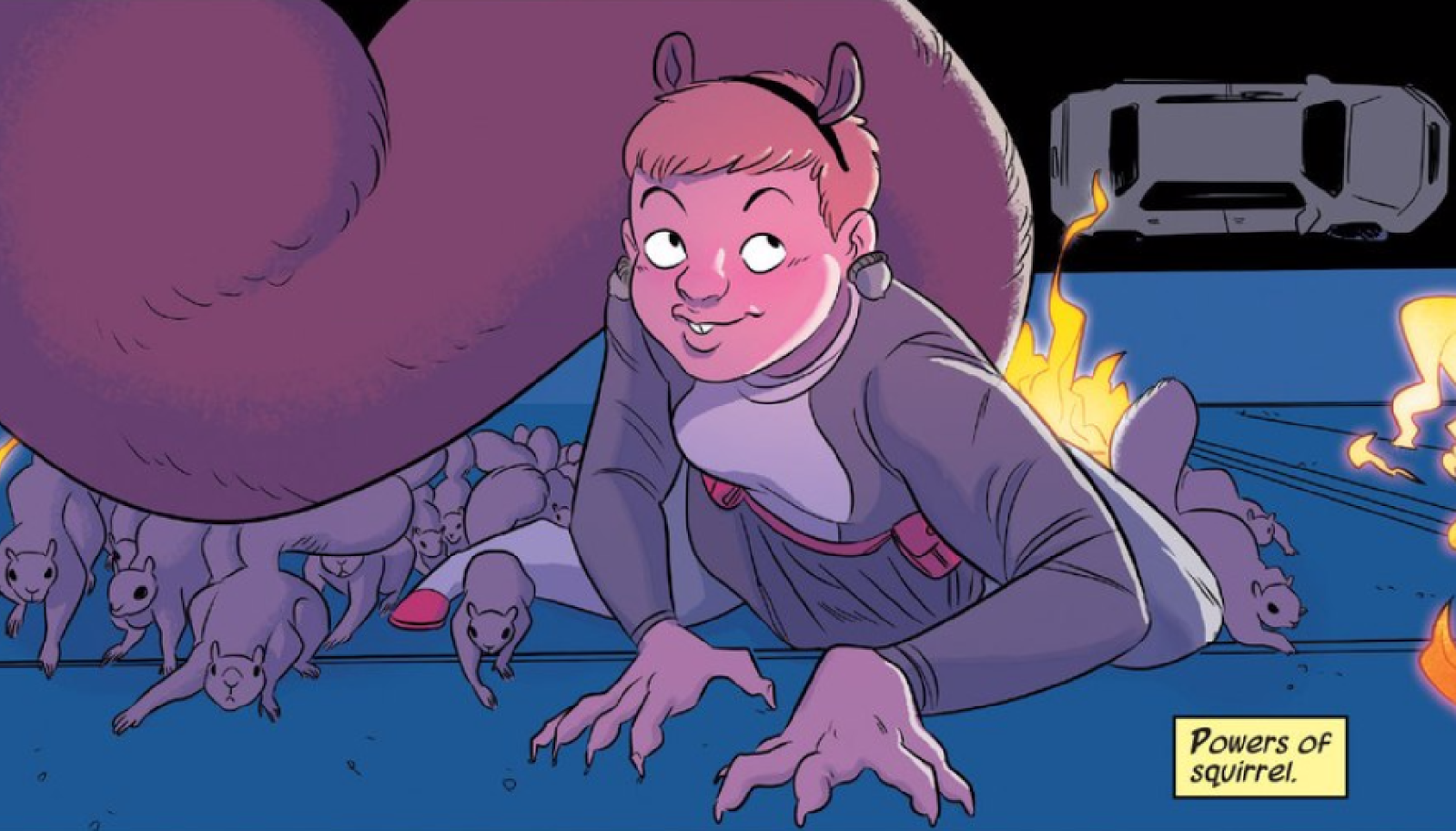 I really hope petty Hollywood bullshit isn't the reason for the big change in the new Squirrel Girl comic.

Squirrel Girl is one of Marvel's best and weirdest monthly comic books. It pokes fun at superhero genre tropes in a loving way yet also uses those ideas in service of a character so earnest that she seems retro. The series is a cult favourite and Marvel's powers-that-be have raised main character Doreen Green's profile by having her be part of the New Avengers. But the recent opportunity for increased exposure is also being accompanied by an apparent change to the character's backstory. 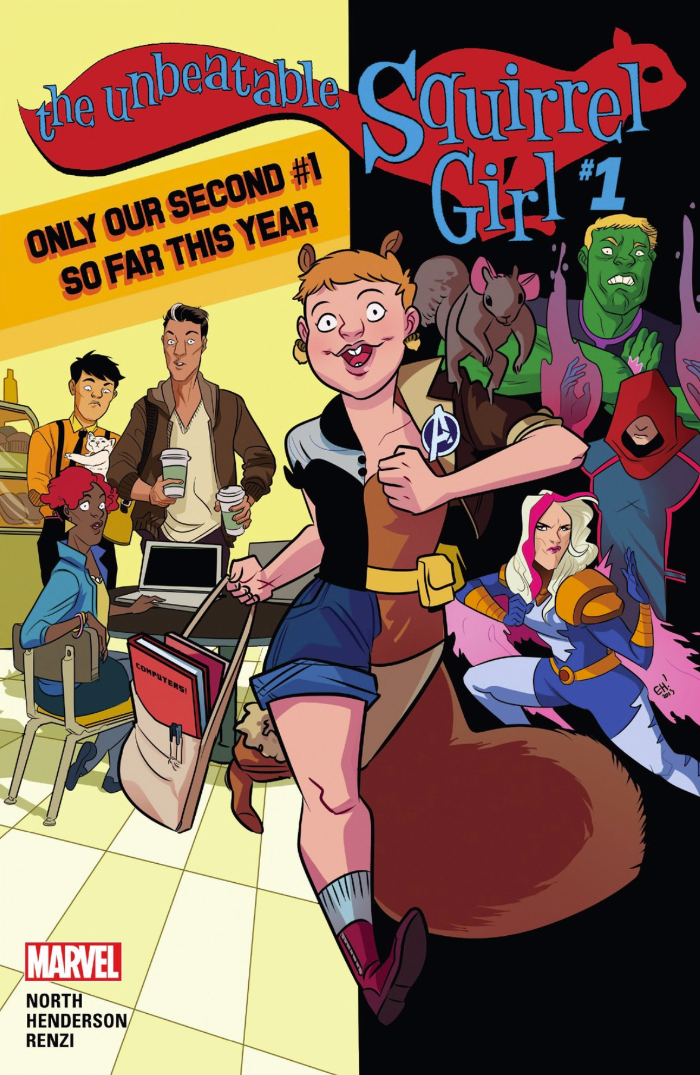 In last week's The Unbeatable Squirrel Girl #1, the titular character's mum shows up to visit her superhero daughter. It's a cute little subplot that hits the 'friends meet parents' and 'midwest mum in the big city' beats effectively. But then, Doreen's roommate asks a question about Squirrel Girl's mutant powers — that is, the power to talk to squirrels and move with their...agility — and Mrs. Green says that her little girl isn't a child of the atom all: 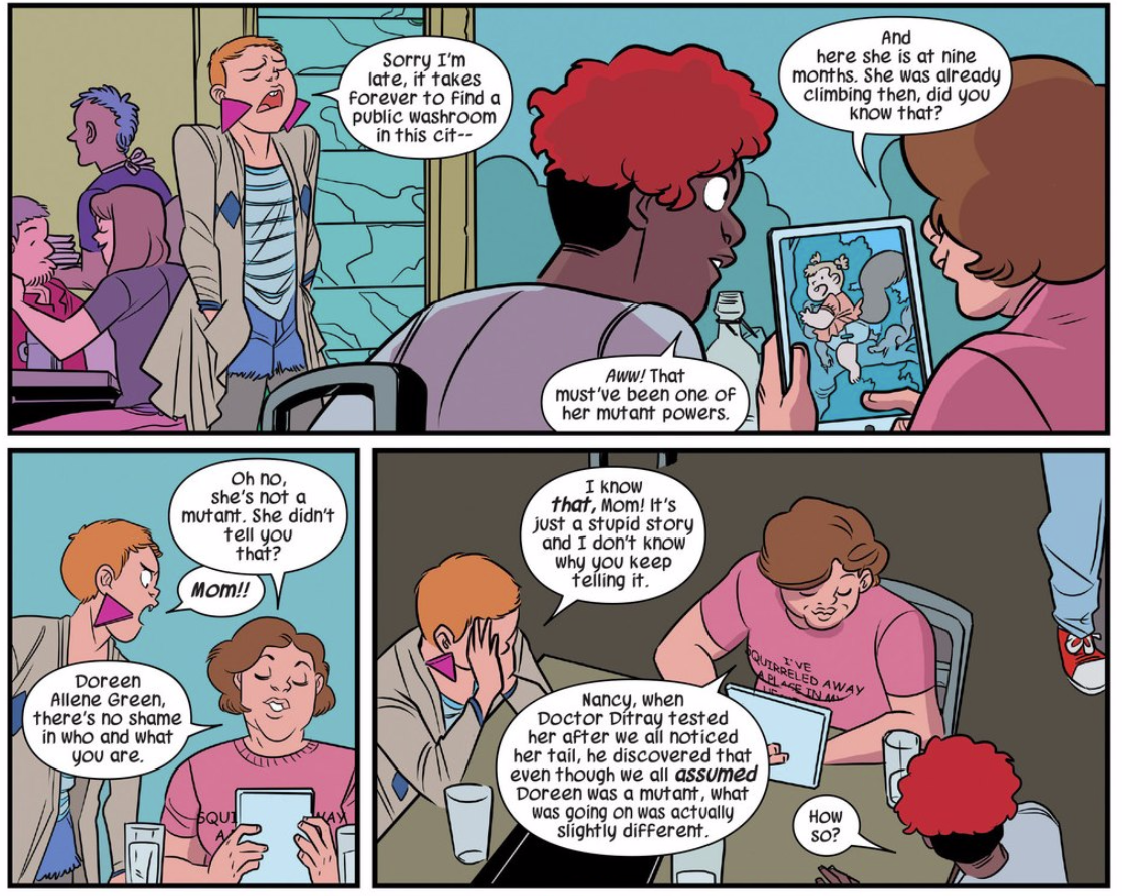 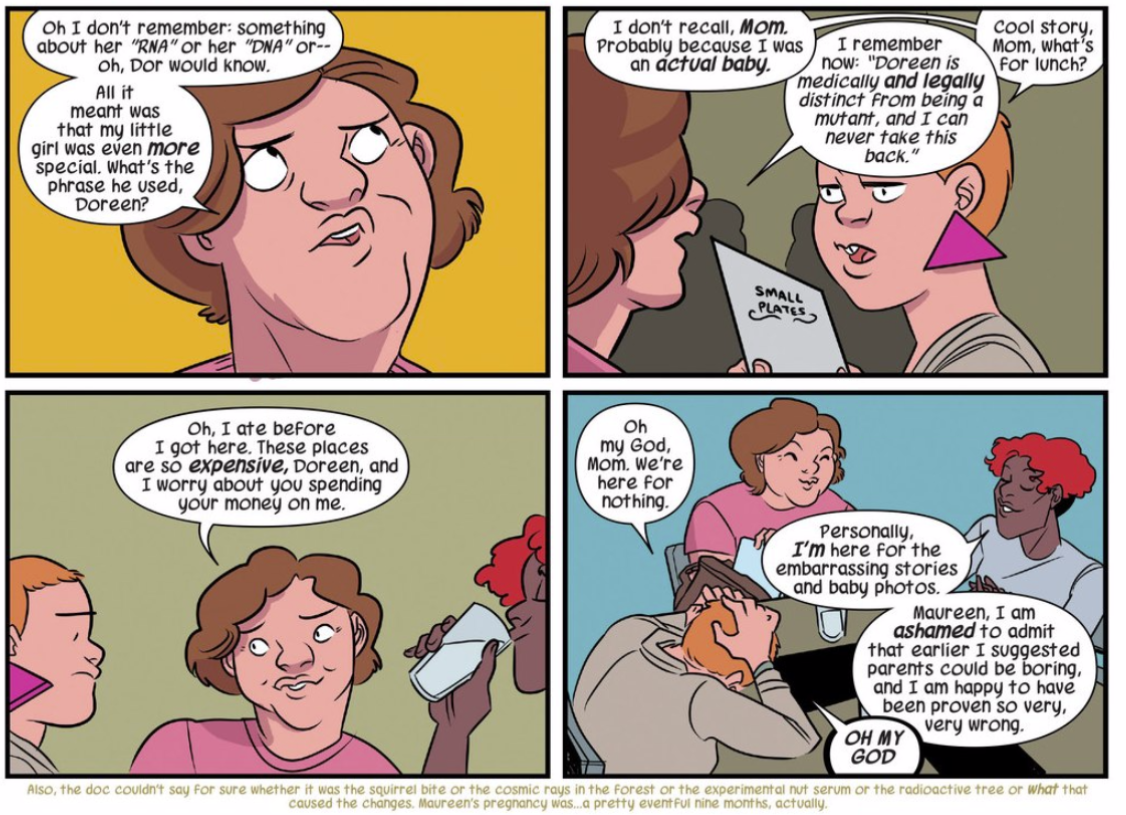 This revelation goes against what the character herself said in her first appearance. 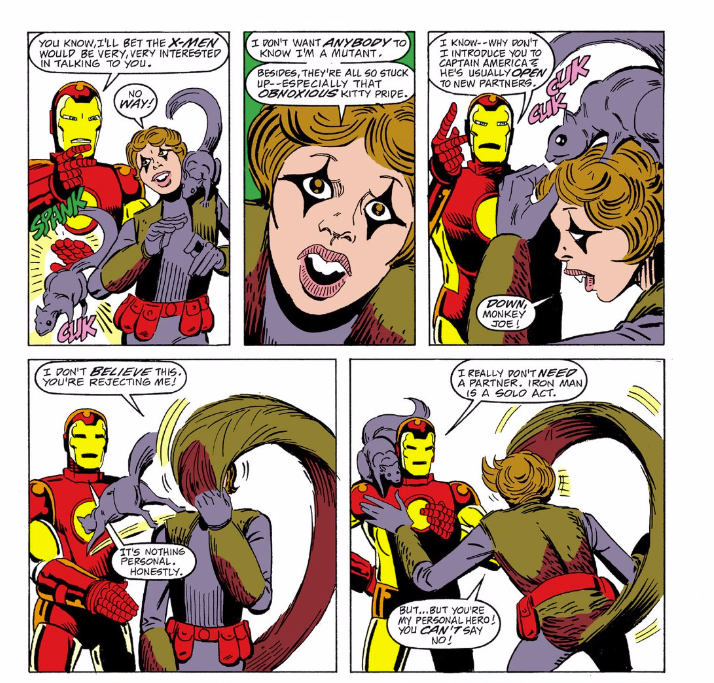 This isn't a case of new creators wanting to rewrite a character's lore, as sometimes happens in long-running cape comics. The new series has the same creative team; it's written by Ryan North, with art by Erica Henderson, colours by Rico Renzi and lettering by Clayton Cowles. Suspicions fall on the persistent rumours that Marvel is changing some of its characters and backing away from others due to issues involving the company's movie business.

Now, Squirrel Girl is a comic that always delivers a heavy dose of humour. In particular, one bolded part of Mrs. Green's dialogue stick out: "and legally". It could be that this page is North having fun with the persistent rumours that Marvel Comics is de-emphasising and altering some of its characters to spite some of the movie studios that have rights to its characters. The rumours go that Marvel Comics is primarily trying to promote characters who can appear in movies under the Marvel Studios / Disney banner — the likes of the Avengers and the Guardians of the Galaxy — and is cooler on promoting characters' whose movie rights reside with Disney's competitors — think the mutant X-Men and the Fantastic Four who appear on the big screen via 20th Century Fox.

The recent de-mutant-ification of Quicksilver and the Scarlet Witch stoked these rumors. So has the absence of any current Marvel publication of the classic configuration of the FF, a first for Marvel in decades. The idea that Marvel might de-emphasise certain franchises because they don't control them across all media is unpalatable but believable. It makes a cruel business sense for big-deal money-makers like the Fantastic Four or X-Men.

That logic doesn't really extend to Squirrel Girl. If Marvel really is altering which of its major characters it pushes, would it really do the same for its smaller ones? Squirrel Girl is, metaphorically, a small fish in a big pond. Doreen Green doesn't have the rabid fan-base of, say, Deadpool. Maybe there are plans afoot to have Squirrel Girl show up in some unannounced movie or TV show currently in development. Even if that's true, there isn't a legion of fans salivating at the prospect of going to see her adventures on the big screen.

The most baffling thing with this retcon — if it's for real — is that it's totally unnecessary. It doesn't matter where her powers come from. The conceit that makes the current iteration of her character is that she's really... nice. And spunky. This change probably won't materially affect Squirrel Girl very much However, if it's based on an edict from corporate powers-that-be, then it's a troubling sign that Marvel is increasingly focused on its characters as a means to an end and not ends unto themselves.