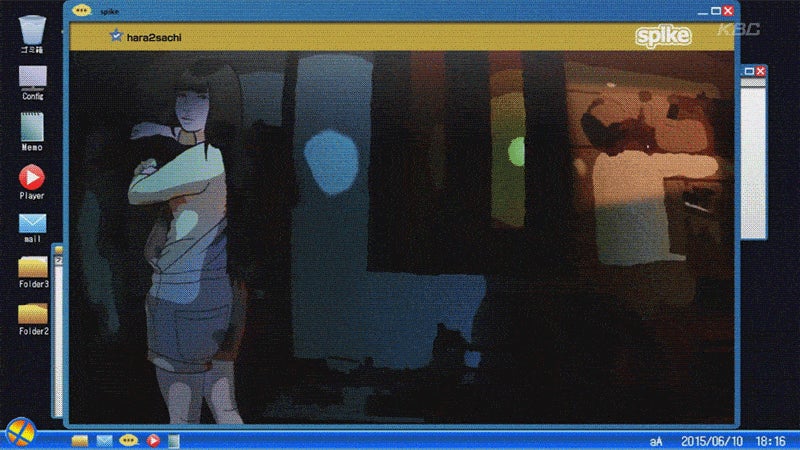 Kowabon is a short-form horror anime currently airing in Japan. Instead of using the usual CG or hand-drawn animation techniques, it uses rotoscoping — i.e., recording in live action and then tracing over the footage frame by frame to turn it into animation. The result is both natural and unnatural at the same time. 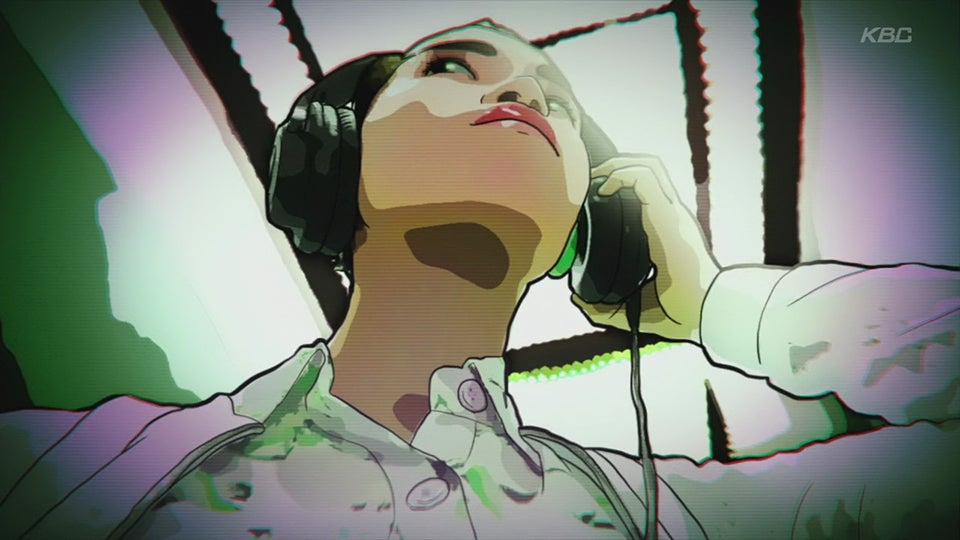 The anime is a series of three-minute ghost stories all involving modern technology. The first episode, for example, is a Skype call between a girl and her friend — in which ghostly images appear in the background and a sound like a falling body keeps interrupting the call. The second episode takes place in an elevator, the third in an office, and the fourth follows a girl whose selfies start catching more than just her own image. 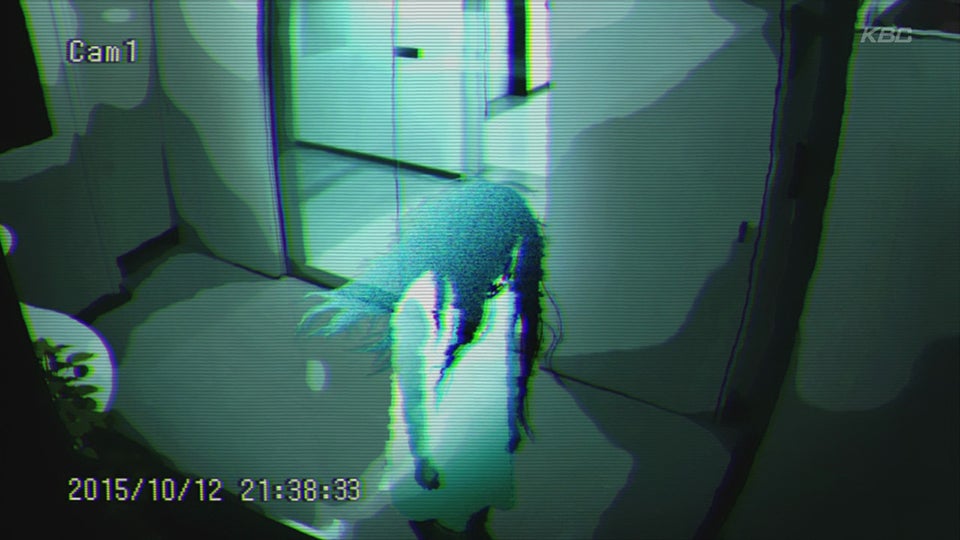 One other aspect that adds to the horror is the viewpoint — you're always seeing the action through a camera. Sometimes it's a security cam, other times it's a webcam or cell phone. It's basically a series where each episode is nothing but the scariest few minutes of a found footage movie. 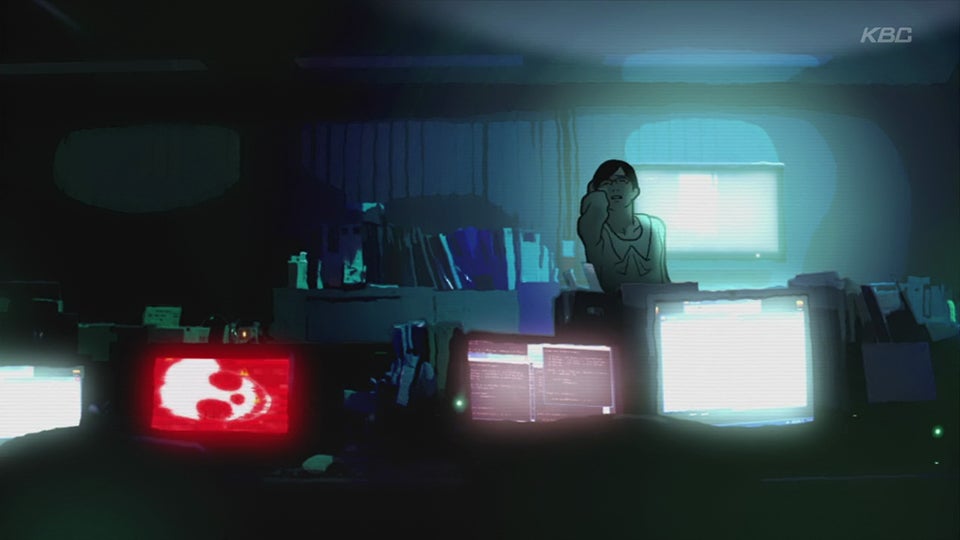 What's also grabbed my attention is that the ghost is the same in each episode. It makes me wonder if by the time the anime is complete, all the one-off stories will combine into one giant narrative about the ghost, her motives, and who she is.

…Or maybe she just likes fucking with people before she kills them. That works too, I guess.

Kowabon airs on KBC in Japan. It is currently not receiving an official Western simulcast.