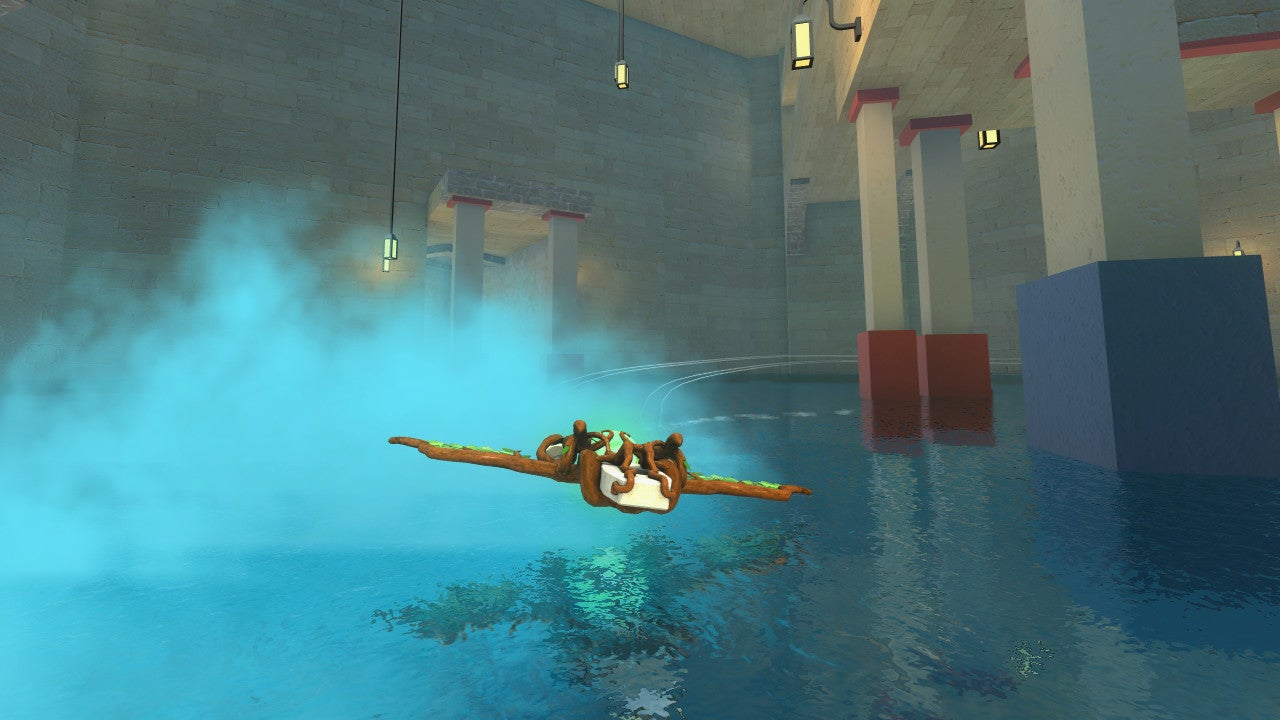 You don't have time to check out every game on Steam*. Let me help you with that.

The world needs more over-the-top aeroplane combat games. Air Brawl — in which one plane can fire occult runes like beautiful satan-flavored snowflakes and another is basically a tree with wings attached — fits the bill. The controls are arcade-y but precise (no grit-your-teeth-until-they-bleed sim seriousness here), and the action is fast. There's an adjustment phase before you're not just a flying arse with a "kick me" sign attached, but it's fun once you get the hang of it. Oh, but controller support is garbage. They should work on that.

Even in Early Access, this one's a gem. It's an isometric mech stompy-stomp shooty-shooter in which you infiltrate cyberpunk bases by night, with a pulsating synth soundtrack punctuating your every step. Everything is destructible, so you can recklessly careen through walls and catch captains by surprise, or you can take your time and strategically careen through walls, like a subtler Hulk. It's good, challenging fun. Definitely recommended, even if the controls are kinda funky.

I wanted to like this sidescrolling car-brawler set in an alternate World War II, but after a 30-minute test drive, I really wasn't feeling it. The premise — which basically adds Mad Max and zombies to the second war to end all wars — is as goofy as hell, but the controls feel kinda gross, and I could barely get the game to run on medium settings. I had to play on low, and even then, the framerate was subpar. Physics glitches and, eventually, a couple game-breaking bugs ensured that I won't be trying Ironkraft again until it's out of Early Access.

Alright, that's everything I had a quick play of this week. Wish I had time for more, but I was busy prepping for BlizzCon. Speaking of, I have to run off to that now. Have a good weekend, everybody.

*If you're some kind of time wizard who does, in fact, have time to check out every game on Steam, please, I'm begging you: TELL ME YOUR SECRETS.