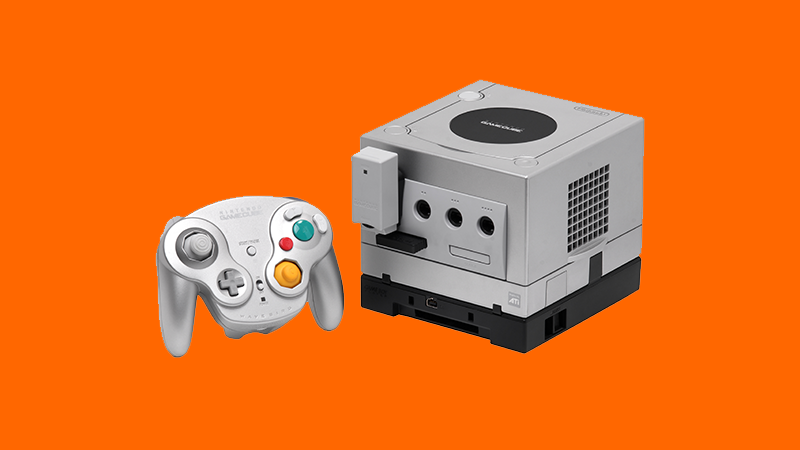 Ah, the GameCube. It might be my favourite console of all time. The tiny discs, its cute little handle, the Wavebird...yeah, we had some good times together. But the best times we had were with these games in particular.

I've made this list — with a little input from others here — based on a couple of considerations. Firstly, my own personal favourites from the time, of course. But also, given the fact we've got some perspective on the GameCube now, which ones were the most GameCubey games. The kind of titles that defined (or were representative of) a console that saw Nintendo and its friends take some big risks with some bizarre ideas.

Before we begin, though, spare me your sob stories. If your favourite isn't here, chin up. Just because I didn't dig a game — or didn't think it was good or weird enough to make a list called THE BEST (sorry, Melee) — doesn't make your own feelings on it somehow invalid!

THE LEGEND OF ZELDA: THE WIND WAKER

Look at this fucking video game. It's been over a decade since it came out, and it still looks better than, oh, everything.

Do you know what was the best thing about this game? It wasn't the course design, which remains a series highlight. It was the multiplayer madness you could string up if you knew someone lucky/dumb enough to have actually bought the GameCube's broadband adaptor. Double Dash's LAN mode could support up to 16 players locally if you had enough consoles and controllers. I only ever played with 8, but there are few feelings in video games as competitive and exhilarating as having that many people going nuts in a single Mario Kart race in the same room.

A fantastic game (albeit a superior port of the Dreamcast original), which these days is often overlooked and forgotten when compared to games on more popular platforms. Hey, just like the GameCube itself.

What a beautiful disaster this was. All frenetic energy and bright colours and crazy characters and bullshit boss fights. I think more than any other game this really set the tone for what the Platinum guys would go and do once they left Capcom. Of all of the Capcom Five, this was easily the most Gamecubey.

It's easy to forget, since its been ported and re-released and remastered to hell and back, but this game launched first on GameCube, and it was one of the most amazing things people had ever seen. I have old magazines lying around which say it's the BEST GAME EVER, and I empathise, because at the time it really did feel like some next-gen witchcraft.

People always complain about a lack of third-party support for Nintendo consoles, but in 2001 the GameCube launched with one of the best Star Wars games ever made. A lot of people prefer the sequel, Rebel Strike, but few games have ever made me sit down with a console at launch and say "holy shit this is next-gen" like Rogue Leader did.

Between this and Wind Waker, the GameCube sure had a knack for encouraging (at least when it came to first-party development) timeless art styles over flashy effects. A smarter Nintendo would have turned this into the world's #1 cartoon show.

A game so fast I want to puke just thinking about it. Why Nintendo hasn't brought this game back on more recent consoles boggles the mind.

Hahah, Super Mario Sunshine. Hahahaha. Haha. God. It is a marvel of modern video game development that this title went all the way from "fever dream" to "sitting on store shelves internationally". These days it wouldn't even get past the "fever dream" stage, and that's what I love about both this game and the GameCube itself.

So, there was a GameCube music game called Donkey Konga, and it actually came with these giant plastic bongo drums that you smacked on to play. Like Guitar Hero, only...with drums. It was funny, but the other game to use the bongos was as GameCube as it got. Jungle Beat had the player use a bongo drum to play a platforming game, with movement and attacks performed by...playing the drums and clapping.

And it was fantastic.

Why is this game here? I mean, it's pretty good, but to sit alongside such notorious company? What's so special about it?

The controller. The GameCube's controllers had this weird octagonal "guide" cut into their plastic casing that meant instead of allowing for uninterrupted 360-degree movement of the thumbsticks, you'd eventually run into 8-way "points" that locked the stick into position.

In a game that requires the utmost precision, those guides turned what could have been a frustrating exercise into a zen-like video game experience.

Again, it's a series that's part of the furniture now, but on the GameCube — the first time the game had been seen outside Japan — this was a revolution. Sure, I mean, you could kill things and race cars on the Xbox and PlayStation, but paying off a mortage, fishing and moving beds around? Oh man.

Of all the dumb shit Square Enix have done over the years, few things were as gloriously defiant as Final Fantasy: Crystal Chronicles. You needed not only four players in the same room, but all four had to have Game Boy Advances plugged into the GameCube! Meaning almost nobody could ever play it as intended. It's the most Square Enix thing you can imagine for the GameCube.

It was a war game that you played by crushing armies using a giant stone pinball. And it came with a microphone, so you could control your own army using your voice.

I would have been fired if I left this off the list.