The Gamer Who Didn't Leave His House For Over A Year 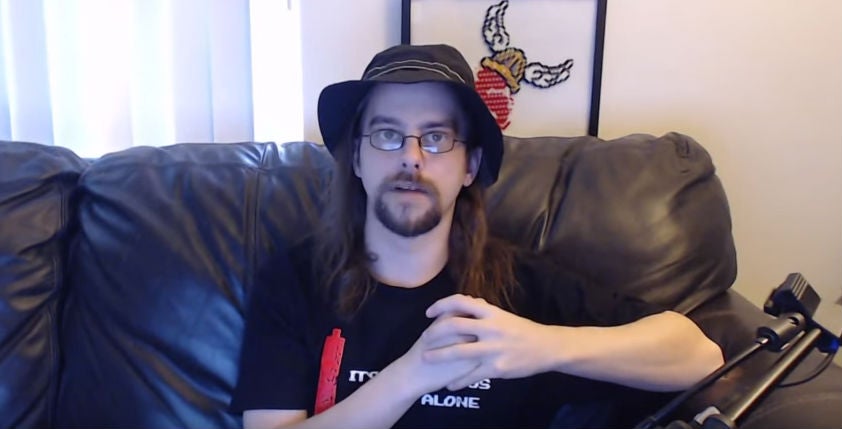 "I went to GameStop a couple of months ago and even that wasn't a far trip at all," says Troy. He pauses for a few seconds, as if lost in thought. "I wanted some Wii U games," he laughs. "That was interesting."

Troy, a video game streamer from Pennsylvania who goes by the pseudonym Beef Erikson, suffers from agoraphobia - an extreme and irrational fear of open areas and/or public places. Before this jaunt some sixty-odd days ago to his local video game store, he hadn't left his house for over a year.

"I have a really hard time shutting my brain off for any length of time," Troy tells me. "Unless I've been through months of pretty heavy medication or something, I've always had that problem as far back as I can remember. The only thing that I can pinpoint is just that I can't stop my head. It's addiction to thought, I suppose."

For many, video games represent a safe place - a simulated reality that allows a break from the stress, responsibility or mundanity of everyday existence. In essence, the persuasive and interactive nature of video games serves to facilitate a degree of escapism that's otherwise unachievable. Troy understands this fact more than most. For Troy, however, video games are not just about departure from the banal: his streams are his only substantial form of contact with the outside world.

Raised on the Atari 2600, Troy fondly recalls sinking hours into classics such as Yar's Revenge in his fledgling years. His mother's absence from a young age, he says, is what drove him to form such a close relationship with video games - a bond he feels has become a "way of life" since. This passion for retro titles is reflected in his streams today, as he often returns to favourites from the NES, Super Nintendo, and Mega Drive eras. His stream avatar is a mannered take on the distinguished Sega logo.

Although relatively popular in his teens, Troy maintained a close-knit group of friends and considered himself a loner for the most part growing up. Put off by playground crowds and congested hallways at school, he often skipped classes, and, as he entered adolescence, would often turn to alcohol as a means of coping with his as-yet-undiagnosed social apprehension.

"When I was in my early 20s I did a lot of drinking and that actually took away the social anxiety, the agoraphobia etc.," he explains. "But I think I was self-medicating, even then."

In western culture, going to clubs, parties, holidays, and pubs is an integral part of growing up. So, Troy's predisposed resistance to such a lifestyle was naturally detrimental. 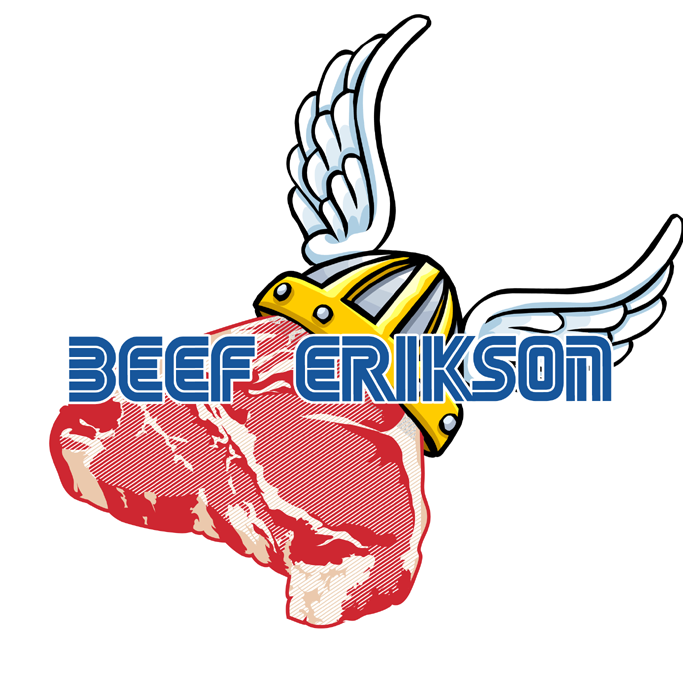 This presented him with a dichotomy: use alcohol to distract or deflect his innate and burgeoning mental health issues; or hide away, taking a step back from everything and everyone. He chose the latter and quit drinking, realising he'd unwittingly become an alcoholic. "I didn't have a problem stopping," he admits. "It was almost like flipping a light switch, but it definitely brought the social anxiety back, and then some."

He continues: "As the years went on I found myself losing most of the people that I associated with as a result of my social anxiety - I'd keep blowing them off when they'd want to do something. Eventually I'm sure they got sick of it and left me alone. Many, many times people would want to do something, like go out or whatever, and many times I would make up an excuse and play video games instead. Video games have been, basically, my life. It's my fall back, I guess. I love 'em."

In the years that followed school, Troy made several attempts to enter the world of work. Here, he followed an unfortunate pattern: he'd generally make it past the learning phase of a new job, he'd start to get used to the routine, but then his fear and anxiety would become so overwhelming he'd be forced to call it off. There were a couple of occasions where he walked off the job site entirely.

Needless to say, this despondent cycle created problems for Troy financially. But it also had a profound effect on his mental wellbeing. He couldn't cope. He was depressed. As time went on, he found the intervals he was physically able to work becoming shorter and shorter. He was always broke. He was evicted on more than one occasion. 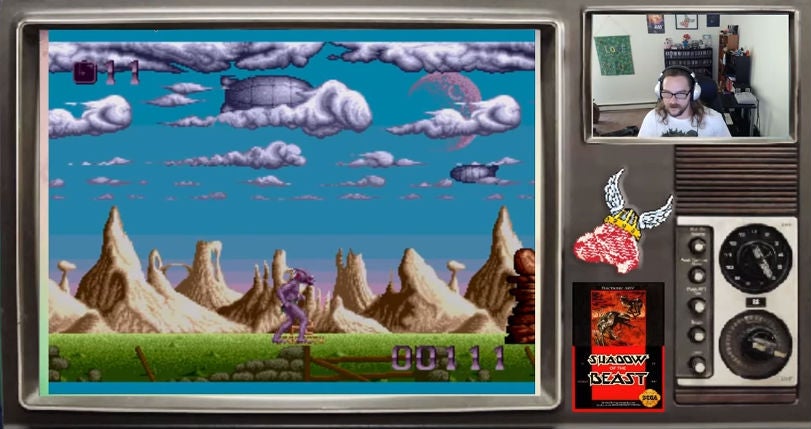 Somewhat ironically, Troy's breaking point came after he secured a well-paying job operating from home. What seemed too good to be true was eventually just that: his inability to switch off led him to suffer a breakdown, preceded by daily anxiety-induced fevers and physical sickness. He was thereafter assigned a therapist and began a course of medication.

"Here's the typical scenario that happens when I decide to go out," says Troy. "It depends on how far and how long I'm away, but as soon as I leave, immediately in my brain starts a little bit of a panic mode because I know I can't just immediately return back home. That makes me anxious, which, the longer I'm out or the further away I am, the worse that gets."

"I start to shake and I get heart palpitations, which is very unpleasant. Sweaty palms, general sweating - it just gets worse to the point where I have to go back home. I would say that anxiety and agoraphobia go hand in hand. It starts off with anxiety and turns into a panic."

Nowadays, Troy doesn't leave home. But that's OK because he's since been able to face up to his illness. His breakdown, although unfortunate, was a turning point in his life. He now lives with his girlfriend Amy - a relationship forged in his school days that was rekindled in recent years via social media - and he has accepted his condition. He's on disability benefits and has a doctor who does home visits, as well as a pharmacy that operates a delivery service. 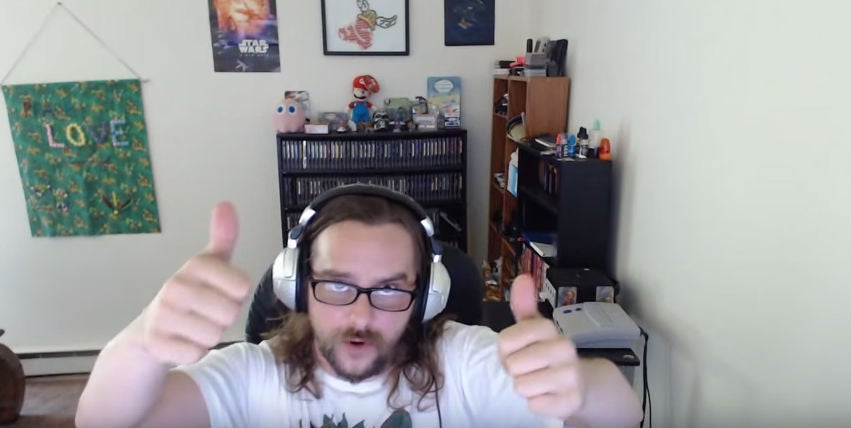 He streams video games as a means to reach out to the outside world and over the last two and half years has found streaming as invaluable as medication. It gives him a sense of purpose and, as many of his viewers also suffer from anxiety conditions, it acts as a pseudo-therapeutic forum.

"Being in touch with people is the main drive and it's finding people who have the same interests as me," says Troy. "A lot of these people, I won't drop any names, have the same issues: anxiety, there's a couple of agoraphobic people that I know of that watch my stream. I think the majority of my viewers are in the same boat that I am, to varying degrees. I'm quite close to a lot of them and I've formed a lot of bonds through the common denominator of gaming - it brings us together and that's been really great."

Agoraphobia is generally something which cannot be 'cured' per se. Like all variations of mental illness, the condition affects each individual in different ways, but Troy is fairly certain he'll be on medication for the rest of his life. As such, he's dedicating himself to his streams, with a desire to "give back as much as possible," as a result of how "overwhelmingly generous" his viewers have been. The reason Troy found himself at GameStop two months back, shopping for Wii U games, was because a viewer sent him a Wii U console in the post.

Looking to the future, Troy hopes to continue his weekly game giveaways, and speaks excitedly about virtual reality and potential benefits the medium could herald for agoraphobic users. Trips overseas, for example, are out of the question for players like Troy. The transportative powers VR promises to deliver could literally open up new worlds of possibility.

Until then, Troy has this to say to anyone who may be in a similar position to him, but has yet to address their circumstances:

"To anyone else who is suffering from it, I know a problem that I had that I ran into that took a really long time to accept - it's OK to be this way," he says. "I had to embrace it. I was constantly fighting with myself, you know? This is wrong, it shouldn't be like this, I should be out working. I'd stress over that and it'd compound the problem."

"To those that are suffering from it: it's OK. You just have to rethink the way that you live and acceptance will definitely set you free."

More information on agoraphobia can be found via the Anxiety and Depression Association of America website.