The Starforce Pi Is A Portable, All-In-One Retro Gaming Machine 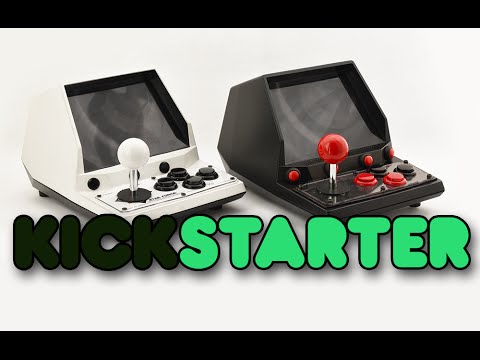 The Raspberry Pi seems to have become the go-to mini-computer of choice for emulation enthusiasts. It’s cheap, flexible and small enough for just about any project. You’ll soon be able to add the Starforce Pi to the growing ranks of pre-built, retro game-playing devices available to the masses, powered by the Pi.

Currently gearing up for a Kickstarter on 15 November, the Starforce Pi will come in two models — one based on the older Pi B+ and another on the fresher Pi 2. Full details aren’t available for the latter, but the former will come with a 4.2-inch, 320 x 240 screen, two speakers and headphone jack, eight-way joystick and four buttons and a 3000mAh battery (which the site says should last you five hours).

So, for the bad news. The B+ version will set you back €199, or a little over $300 in Australian dollars. It feels a bit on the steep end, but if the quality is there it might be worth the price. It could also be argued that you could save some dosh and build it yourself, however, I know not everyone has the inclination or time to embark on such an endeavour.

If you’d like to keep tabs on it, hit up the website, which includes a page explaining the device’s development process.